QUETICO PROVINCIAL PARK— Even as the North Country’s attention turned in recent days to the Greenwood fire, wildfire is literally reshaping the 1.2 million-acre provincial park … 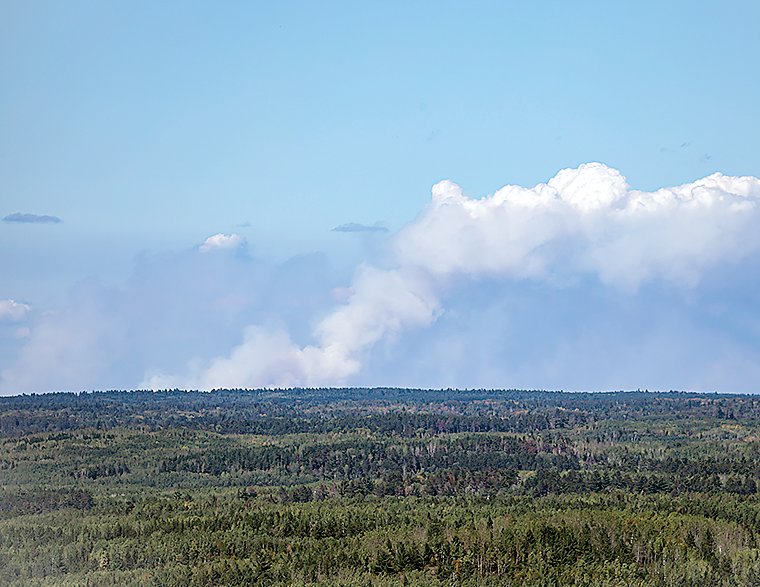 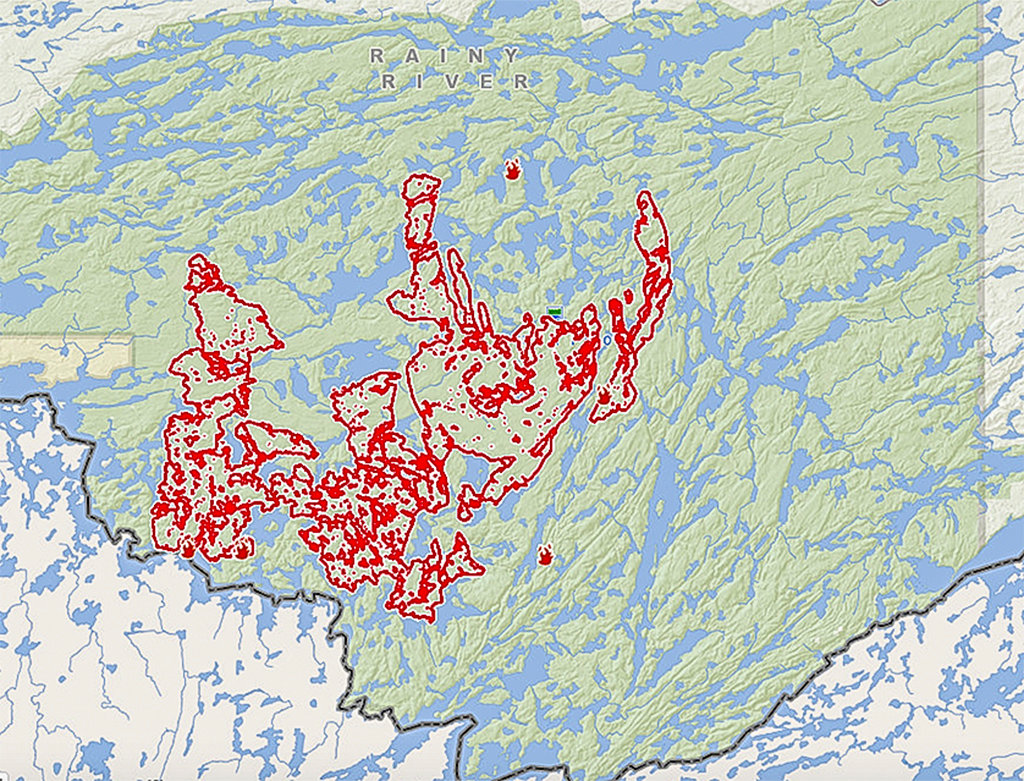 QUETICO PROVINCIAL PARK— Even as the North Country’s attention turned in recent days to the Greenwood fire, wildfire is literally reshaping the 1.2 million-acre provincial park backcountry just north of the border.
The Crooked Lake fire, known as FOR035 to provincial authorities, has been burning at least since it was first spotted back on June 9. From its start along the far northwestern shore of Crooked Lake, the fire has burned in fits and starts for months. As of this week, the fire was estimated at 45,712 hectares, which translates to 112,956 acres, dwarfing the fires south of the border.
The Crooked Lake fire was one of several separate fires that had been burning in the south-central portion of the Quetico, but those fires have since merged into one enormous blaze, fueled by the same drought conditions and winds that allowed the Greenwood fire to explode. The fire’s perimeter is enormous, extending approximately 25 miles across, winding past dozens of lakes. It now reaches almost two-thirds of the way across the vast Quetico, from the U.S. border in the south as far north as Lonely Lake, in the northern part of the park.
Several other fires are still being monitored elsewhere in the park, but most are relatively small. The largest of the other fires, labeled FOR055, is currently estimated at 11,000 acres.
While provincial authorities were able to keep the Quetico open for much of the summer, rapidly increasing fire activity last month prompted park authorities to close the park’s backcountry to visitors on Aug. 17, a closure that remains in place despite recent rains that have at least temporarily eased the fire danger. The park’s developed Dawson Trail Campground, in the far northeastern corner of the park, has remained open throughout the summer. The rest of the park is considered backcountry, accessible primarily by canoe.
The fires in the Quetico prompted the U.S. Forest Service to close the northwestern portion of the Boundary Waters Canoe Area Wilderness in late July, out of concern that the Canadian fires could spread south of the border. The Forest Service, on Aug. 21, extended that closure to the entire Boundary Waters due to a rash of wildfires south of the border, including the 26,000-acre Greenwood fire.
Unlike earlier in the summer, Ontario fire officials are now making efforts to suppress the fires in the Quetico. “For a long time, those park fires were under observation while we addressed higher priority fires,” said Chris Marchand, a fire information officer with the province’s Aviation, Forest Fire and Emergency Services, based in Dryden. “We had several communities under risk from fire,” said Marchand, although significant rains in other parts of northwestern Ontario have since eased the fire risks in those locations. “We’re now turning our attention to the park fires,” he said. “It’s sort of the hot spot of the region at the moment.”
Currently, the province has nine crews of four firefighters each stationed at various locations in the Quetico. While it’s not a large contingent by U.S. standards, Marchand said the crews are positioned at a variety of chokepoints, typically between lakes, where they are working to check the spread of the fire. They’re being assisted by some aerial resources as well, primarily medium to heavy helicopters to conduct strategic water drops.
If the province is demonstrating a more subdued response to the fires than what’s been seen south of the border, it’s all part of the provincial policy. “The management strategy in remote parks is generally to let things burn,” said Marchand, to allow fire do its thing on the landscape.” But given the length of time the Quetico fires have been burning, Marchand said it’s time to shift more toward suppression.
Park officials say it’s too early to discuss the impact that the fire will have on the Quetico ecosystem, but fire is traditionally beneficial in the long run, prompting new growth that benefits a number of species, particularly moose. “All that will be assessed at the end of the season,” said Quetico park superintendent Trevor Gibb. “Right now, were just concentrating on the current fire situation. And there’s still more fire season to come.”