Gone with the wind

Ely festival called off after fierce storm rips through town

ELY – “The real crusher was that Friday was so much fun,” said Adam Zins as he and his wife, Tanja, tried to untangle a wire shelving unit early Saturday morning from under a …

Gone with the wind

Ely festival called off after fierce storm rips through town 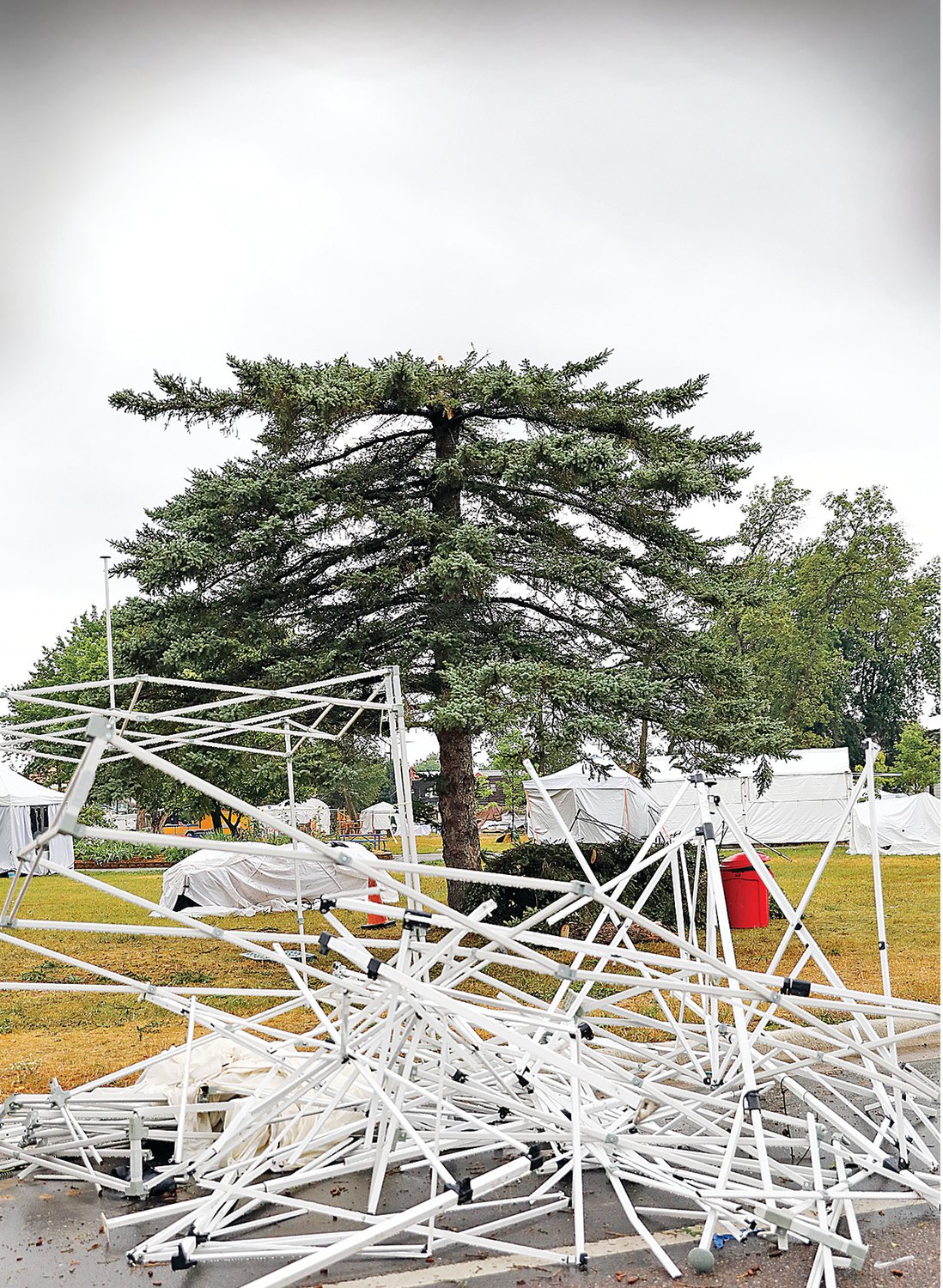 A mangled tent frame in Whiteside Park was piled in front of a busted off spruce tree.
K. Vandervort 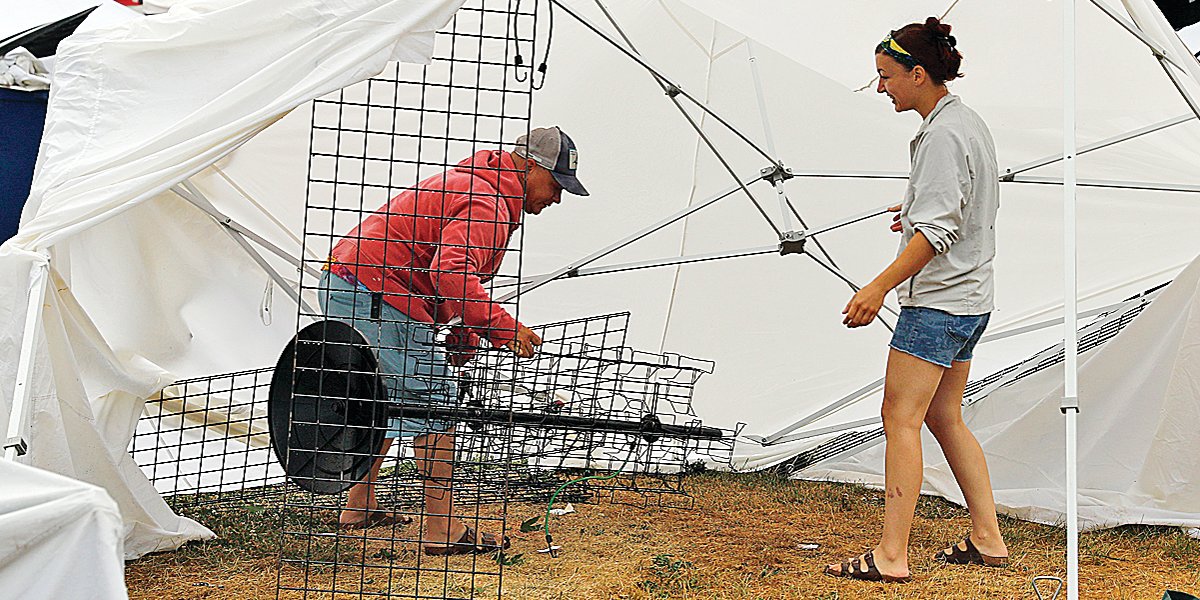 Adam and Tonja Zins, of Appleton, Wis., above, salvage their vendor tent Saturday morning at the Blueberry/Art Festival.
K. Vandervort

Community members returned a porta-potty that blew down the street, middle.
K. Vandervort