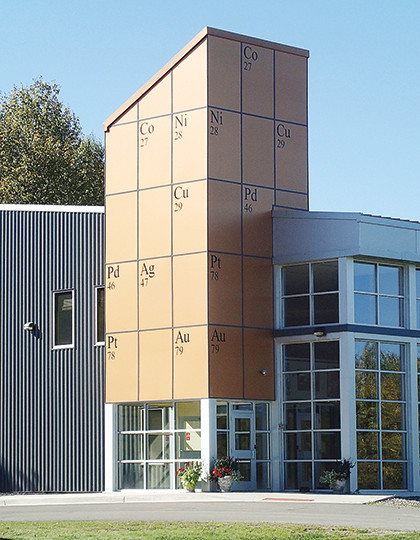 REGIONAL— The Biden administration announced Wednesday that it had canceled two Twin Metals mineral leases that were illegally reinstated by the Trump administration. The decision is a potentially fatal blow to the efforts of Antofagasta, the Chilean mining giant which controls Twin Metals, to develop a copper-nickel mine near Birch Lake, southeast of Ely.
The company has spent more than a decade prospecting for deposits along the South Kawishiwi River, just upstream of the 1.1 million-acre Boundary Waters Canoe Area Wilderness. The company had submitted a mine plan for environmental review more than a year ago, which proposed an underground mine not far from the Ely airport. But the company had never publicly issued financial projections, which raised doubts about the project’s viability.
The cancellation of the mineral leases was not a surprise, in part because previous administrations, of both parties, had determined that holders of the leases had no automatic right to renewal. Originally issued to the International Nickel Company (INCO) in 1966, the leases had gone through a number of changes in ownership, most recently coming under the control of Twin Metals. The leases had been renewed twice before for ten-year terms, in the 1980s and again in 2004. The original lease language allowed for up to three renewals, but only if INCO or its successor had begun actual mining within the lease’s initial 20-year term, a requirement that INCO never met. Several past administrations, including under Presidents Reagan and George W. Bush, had concluded that INCO’s successors had no absolute right to renewal in legal opinions issued by attorneys with the Department of Interior.
President Obama canceled the Twin Metals leases in the weeks before leaving office, but the Trump administration issued a controversial legal analysis that claimed the company had an absolute right to a third renewal and reissued the leases. Attorneys for the Biden administration determined that the Trump decision was legally flawed and that the leases were renewed unlawfully. The Trump administration’s action also appeared to violate the statutory right of the U.S. Forest Service to consent or withhold consent for mining operations within the Superior National Forest. Forest Service officials had stated in 2016 that the Twin Metals mine proposal posed an unacceptable risk to water quality within the Boundary Waters, a determination that prompted the agency to exercise its veto authority over the proposal.
The Trump administration decision had been faced with legal challenges on several fronts, but those cases are now expected to be withdrawn as moot.
Activists who have opposed the proposed mine hailed the latest decision. “This is a major win for Boundary Waters protection,” said Becky Rom, National Chair of the Campaign to Save the Boundary Waters. “This action by the Biden administration re-establishes the long-standing legal consensus of five presidential administrations and marks a return of the rule of law. It is heartening to have an administration making decisions with integrity. Twin Metals leases should never have been reinstated in the first place, and this announcement should stop the Twin Metals mine threat.”
But Twin Metals expressed disappointment and indicated it plans to challenge the decision. “We expect to prevail,” stated the company in a statement. “This is not about law. This is a political action intended to stop the Twin Metals project without conducting the environmental review prescribed in law,” said company spokesperson Kathy Graul. “We are confident that a full environmental review will show that the science behind this modern mine will prove that we can advance this project safely under the highest of standard.”
Politicians, both past and present, also weighed in on the decision. Eighth District Congressman Pete Stauber blasted the administration’s action, claiming it would have “devastating impacts on northern Minnesota and our nation” and said it was a decision by the administration to ban mining.
“He’s choosing foreign sourced minerals, including mines that use child slave labor, over our own domestic, union workforce that follows the best labor and environmental standards in the world,” Stauber said.
Meanwhile, former Gov. Mark Dayton hailed the decision and called for permanent protection of the Boundary Waters from threats posed by sulfide-based mining. “We inherited this pristine wilderness from previous generations of Minnesotans, who bequeathed it to us to benefit not only ourselves, but also our children, our grandchildren, and their children and grandchildren. Now it is our responsibility to protect this fragile ecosystem from those who would exploit it for their own selfish purposes.”
Minnesota’s Fourth District Congresswoman Betty McCollum agreed, calling the decision a “monumental victory for the Boundary Waters” and “a rejection of the deeply flawed and politically motivated process under the Trump administration.”

Withdrawal process
The cancellation of the leases comes at the same time that the administration is studying a Forest Service request for a 20-year mineral withdrawal that would prohibit new mineral leasing on about 225,000 acres of the Superior National Forest, including the area where the two former Twin Metals leases were located. A decision on that issue is expected once a two-year study on the proposal is completed. That study got underway in October 2021 and concluded its public comment period earlier this month.