REGIONAL— When Quent Lauer built his dream home on Everett Lake well up the Echo Trail north of Ely, he imagined his small out-of-the-way residence would be a sanctuary of peace and quiet. With … 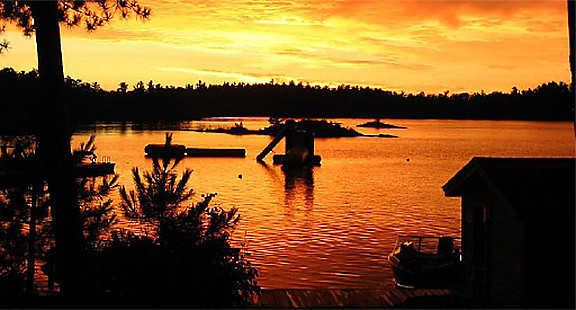 Private home and cabin vacation rentals are increasingly popular in the North Country. That has consequences for neighbors, but regulating the practice would likely be a challenge.
Courtesy St. Louis County
Posted Wednesday, July 11, 2018 5:14 pm

REGIONAL— When Quent Lauer built his dream home on Everett Lake well up the Echo Trail north of Ely, he imagined his small out-of-the-way residence would be a sanctuary of peace and quiet. With barely a dozen other property owners on the 140-acre lake tucked up next to the Boundary Waters, it seemed idyllic.

But that was before two of the other homeowners on the lake listed their properties online as vacation home rentals. With companies like VRBO and Airbnb, short-term rentals can be a lucrative way for home and cabin owners in popular tourist destinations to generate extra income.

For property owners who list with such services, and for travelers who prefer unconventional lodging options, it’s a win-win. But for those neighbors who live with the extra traffic, noise, occasional trespassing, and pollution concerns, it can be a source of ongoing frustration.

“One of the places, a three-bedroom home, had 14 people from Iowa staying there last week,” said Lauer. He said residents on his small lake have had short-term renters show up on their sand beaches, walking through their woods, and smoking on their property. Loud parties are not unusual, said Lauer, and it’s created confrontations at times.

Such concerns have prompted many local governments to begin to regulate vacation home rentals. Duluth enacted an ordinance in 2016 that limited the number of such rental units in the city to just 60. It also sets rules to ensure that such rentals are not operated unsafely, that they have adequate parking, and that they don’t create a disturbance to neighbors. In addition, the ordinance requires that they charge and contribute to the local lodging tax fund.

To date, the St. Louis County board has ordered a study of the issue. That was completed back in 2015 when vacation home rentals first started drawing fire from home and cabin owners in popular tourist spots, like Lake Vermilion. The consultants hired by the county’s planning department started tracking online listings of vacation home rentals in the county, and the growth was phenomenal. In 2012, the consultants tracked down 130 listings for rentals in the county, outside Duluth. By 2015, that number had jumped to 270, with most of them clustered around Vermilion, Burntside, and the Eagles Nest lakes.

No one knows how many such rentals are available today since the county stopped counting. St. Louis County Planning Director Barb Hayden said complaints to her office are “intermittent” and she’s not aware of any complaints that have come to her office this year. “I believe Commissioner Rukavina has been contacted,” she said.

Commissioner Tom Rukavina acknowledges he’s heard the complaints and sympathizes with both neighboring property owners as well as resort and hotel owners, who have objections of their own to the current trends in the vacation home rental business.

He said he first learned of the issue from a fourth-generation cabin owner who had granted a neighboring property owner an easement across his property to provide road access. The cabin owner thought he was being a good neighbor, but once the adjacent property owner had built a new lake home, it went online for vacation rental, leaving a steady stream of strangers coming and going through his property, creating the occasional nuisance as well as limiting his privacy.

Back in 2015, after completion of the county study of the issue, planning staff recommended an ordinance change to require performance standards for vacation home rentals in the county. But commissioners balked at the proposal and opted to wait for the city of Duluth to develop a policy.

Yet two years after Duluth passed its ordinance, the issue appears to have fallen off the county board’s radar.

And that’s just fine with Lee Peterson, a resident on Lake Vermilion’s Isle of Pines. Peterson, who served on Greenwood Township’s planning and zoning board before the township handed that authority back to the county, said it’s probably too late to do much about vacation rentals. “I think the horse left the barn on that a long time ago,” he said. “It’s so prevalent, now. I can name dozens of people doing it just off the top of my head.”

Peterson, who owns a cabin next door to his home, is among them, although he said he keeps a close tab on his rental clients to make sure things don’t get out of hand. He acknowledges that can sometimes happen. “The worst groups are those who come from nearby,” he said. He remembers one family from an East Range community who rented his place then put the word out to everyone they knew to come up and party. Soon the cabin was filled with people, and tents were scattered all over the yard. “We had to tell them they couldn’t come back,” said Peterson.

But Peterson’s situation is probably not the norm. In many cases, the owners of vacation rentals don’t live nearby, and that means they’re not able to keep tabs on the activities of renters or step in if things get out of hand.

That was among the concerns highlighted in the study, Vacation Home Rentals, Emerging Market Analysis, that St. Louis County Planning initiated at the request of the county board back in 2015. While resorts and campgrounds have management to control excessive rowdiness, loud music, or other noisy activities, vacation rentals with absentee owners can create conflicts with neighbors. The study also found that vacation rentals tend to be used more intensively than other lake properties, which often are used primarily on weekends or for a few weeks out of the summer at most. That can put greater strain on septic systems, which may not be designed for the heavier use that can come with vacation rentals.

The county study also addressed the health and safety concerns posed by vacation rentals, which often fly under the regulatory radar that affects more established lodging facilities, such as resorts, campgrounds, hotels, and motels.

According to the study, the rules that apply to commercial operations “exist to protect guests, the environment, and neighboring properties,” adding that vacation home rentals do not address these issues in the same manner as other businesses that offer accommodations.

For resort owners, that’s one of the biggest complaints about private vacation home rentals.

“They’re not on the same playing field with the resorts,” said Tiffany Fondie, executive director of the Lake Vermilion Resort Association. Resorts are subject to a wide range of regulatory requirements, including annual inspections of drinking water, fire safety, health, and septic issues.

Resorts and other commercial operations collect a wide variety of taxes, including lodging taxes. The study found that vacation home rentals are inconsistent about doing so.

According to some resort owners, it all gives vacation home rentals a competitive advantage because they don’t have to follow the same rules that apply to other forms of lodging. “People with Airbnb, and VRBO, kind of fly under the radar,” said Fondie.

Peterson said property owners who are renting their homes are simply responding to market demand. “The resorts got too expensive,” he said. “They’ve kind of cooked their own goose.”

Peterson said life at the lake can get noisy whenever large numbers of people congregate, whether it’s at a vacation rental, a private cabin owned by multiple families, or a resort.

“I don’t know how you regulate that,” he said.

In fact, a number of counties in the region do regulate vacation rentals.

Of ten counties in northern and central Minnesota contacted for the county study, six had some form of regulation as of 2015. The study, however, did not examine the effectiveness of those regulations.

While sympathetic to the concerns of neighbors and resort owners, Rukavina said some on the board see vacation rentals as a way for cabin owners of modest means to generate revenue to help offset the cost of the high property taxes assessed on most lake property. He doesn’t disagree but says a putting a limit on the number of times a property can be rented in a year might be one way to balance the various interests. “Maybe you allow two or three weeks and after that they have to apply with the same rules as the resorts,” he said.

Planning Director Hayden said, at this point, no such discussion has been forwarded to her department. “I’m not aware of any discussions about this type of policy,” she said.

And some resort owners suggest that more regulation isn’t necessarily the answer. Josh Gilson, president of the Lake Vermilion Resort Association, has discussed possible solutions with resort associations, lake associations, and chambers of commerce across the state— and he’s convinced that new regulations aren’t the answer. “Just look at the county and state statutes, the laws are already in place that say if you’re renting for 30 days or more you have to meet the same standards [as a resort]. It’s really a matter of enforcement.”

Yet Gilson recognizes that enforcement over hundreds if not thousands of private-party rentals would be a major undertaking for the county. “The number of staff to take on all those private rentals would be astronomical,” he said.

Instead, Gilson said the Lake Vermilion Resort Association has used a friendlier approach, reaching out by letter to property owners renting their cabins or lake homes with information about the rules that govern such activity and a request to join their separate organization, the Lake Vermilion Resort and Tourism Association and to contribute to the local lodging tax.

Responses to the resort association’s initiative have varied, but Gilson said it has brought some of the vacation rental operators into compliance. “Others have told us to p__s off,” he said.

Gilson, who operates Vermilion’s Life of Riley Resort, also serves as a broker for at least one vacation rental property and he said that could be a constructive way in which resort owners could provide new lodging opportunities for potential guests while working with local residents seeking some income off their lake home or cabin. The resorts could also provide locally-based management of the property and be there to address concerns of neighbors if things get out of hand.

In the end, said Gilson, vacation home rentals aren’t going away, which means resort owners and vacation rental operators should focus on their common goal. “At the end of the day, it’s about getting people to northern Minnesota to enjoy what we have. Whether it’s at a private home, or a resort doesn’t really matter. Once they come here they come back because they’ll love it.”