Harry Welty: A ghost in his own party

REGIONAL - To hear President Donald Trump described as a “juvenile demagogue” by a Republican running for Congress isn’t common these days, but then again, Harry Welty is no ordinary Republican …

Harry Welty: A ghost in his own party 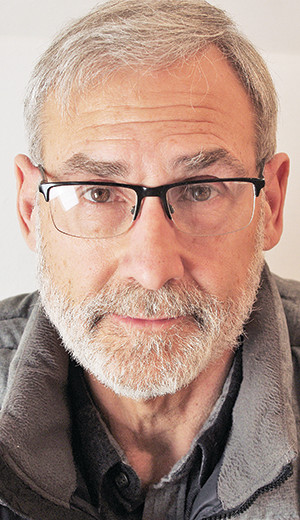 REGIONAL - To hear President Donald Trump described as a “juvenile demagogue” by a Republican running for Congress isn’t common these days, but then again, Harry Welty is no ordinary Republican, at least anymore, according to him.

“I’ve seen a lot of countries fail in history that have failed because the good guys went with the flow,” Welty said. “I’ve been a Republican for 20 years, but I am fed up with them. The [Republican] party has purged people like me.”

One of those “good guys,” according to Welty is his opponent, Pete Stauber, whom President Trump stumped for last month in Duluth.

“I point out that this nice guy (Stauber) is becoming a lap dog,” Welty said. “Will he have the independence to be a check on the President? Every vote I get that he doesn’t gives me hope that there are people who realize the precarious times we live in.”

And it’s those precarious times, Welty said, that served as a catalyst in his run for the GOP’s nod, at the Aug. 14 primary, for the Eighth District in the upcoming midterm elections. This isn’t his first try at the post; he tried in 2006 as an independent candidate under his own “Unity Party” banner.

Many of Welty’s stances appear more in line with modern Democrats, than the GOP, and he admits that. He is pro-choice, and has been cautious to throw his support behind copper-nickel mining because of what he describes as environmental catastrophes at other mining sites around the world. He said he appreciates Gov. Mark Dayton’s prudence on the matter. Although, he believes the technology exists to contain sulfide leaks that can cause severe environmental damage. He said he remains an agnostic on the issue and thinks the area may be better served by dollars brought in by tourism rather than mining.

Welty said the Republicans never used to think the way they do, and his campaign, albeit tiny, gives him another reason to at least get his message out to the public.

“I’ve watched what’s happened in the Republican Party since I was a kid during the Vietnam War,” he said. “Back then, Roe v. Wade was a Republican Supreme Court. Eisenhower was a non-ideological person.”

He points to a recent NPR study that showed fewer than a fifth of the American people actually want Roe v. Wade repealed, yet it is a sole determining factor in many GOP primaries on who gets the nod.

Welty also said Republicans historically opposed tariffs, and yet have embraced them under the Trump administration.

“Here is Donald Trump threatening all of the world with tariffs,” he said. “You don’t pick winners and losers and put the economy in peril to protect one industry – steel and mining. Tariffs are a blunt instrument that will do far more damage than good.”

While Roe v. Wade wouldn’t be decided until 1973, Welty said the changes in the Republican Party he wants to see reversed began in the 1960s when Barry Goldwater was nominated as the party’s pick for president.

“The Republicans handed over the party to functionaries who were only interested in winning elections, and you do that with hot button issues – abortion, gun control - and they got into this purity test, and the moderates failed the test,” Welty said. “The only ones left are the ones who hide their moderation. I am running as a Republican the way I remember Republicans; I am a ghost from the past.”

Welty knows he is facing an uphill battle. His campaign only began seven weeks ago - more than a year after Stauber. His campaign has largely focused on the Duluth and surrounding St. Louis County areas, only a fraction of the total Eighth District region. He hasn’t fundraised, and he said he’s only got $190 in his campaign war chest, a far cry from Stauber’s $800,000 and counting.

“If I get 10 percent of the vote in Duluth, I’ll feel lucky,” he said. “The Eighth District is a television market I can’t advertise in because of my budget. I want everyone who is sick and tired with where the Republican party has gone; I want them to have an alternative. This guy (Trump) is not a Republican. People who are voting for Trump don’t know what the Republican Party stands for. All of the Republicans are being held hostage.”

And for all of those he views as being ignorant of what the GOP truly stands for, Welty said historians will look back and see an era that went terribly wrong.

“I believe that challenging a man who has made a mockery of Lincoln’s name is the best thing I can do right now,” Welty said. “Joe six-pack and the evangelicals will have plenty of opportunity to regret their support for this man, but we’ll need to let history play out for that to take place.”