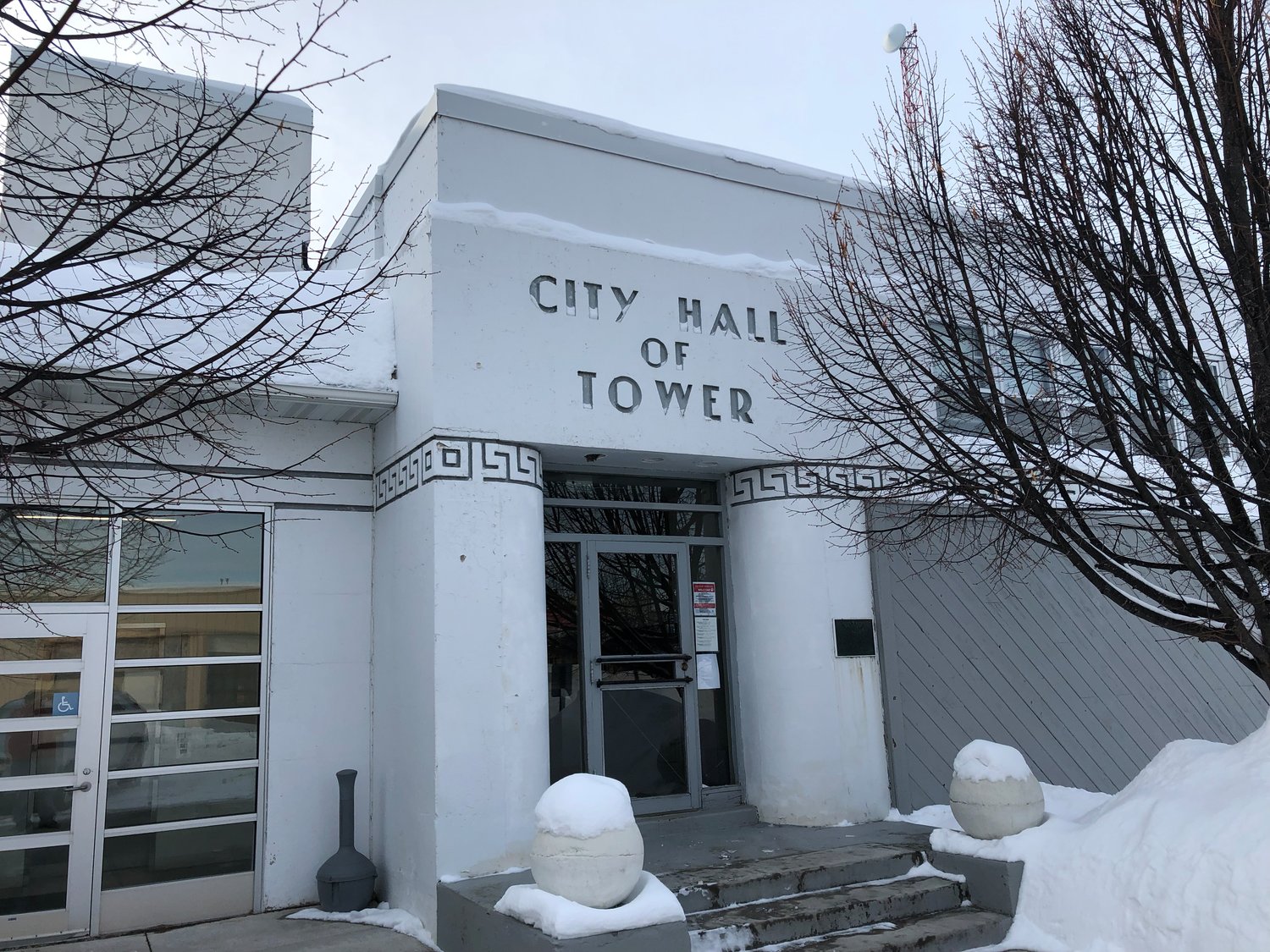 TOWER— Former Tower Mayor Josh Carlson and now-suspended Tower Clerk-Treasurer Linda Keith have been charged criminally for their roles in the illegal ouster of Marshall Helmberger from his position as president of the Tower Economic Development Authority (TEDA) in 2018.

Both individuals are charged with a single count of violation of Minn. Stat. 609.43, also known as Misconduct by a Public Official— a gross misdemeanor punishable by up to a $3,000 fine or a year in detention. Keith is charged with producing a false official document, while Carlson is charged with using his official authority as mayor to violate Helmberger’s statutory rights.

The charges stem from a detailed criminal complaint that Helmberger filed with the county attorney back in February, which has been under investigation ever since. The complaint alleged that Keith and Carlson, with the apparent knowledge of former council member Kevin Fitton, acted to oust Helmberger from his position on TEDA despite state law that prohibits the removal of appointed members of an economic development authority without stated cause and without an opportunity for due process.

The charge against Keith focuses on her apparent falsification of the city’s roster of commission and committee terms. Official minutes from the city’s 2017 reorganization show that the council appointed Helmberger to a three-year term on TEDA, expiring at the end of 2019.

TEDA, which had been inactive for several years prior to 2017, made substantial progress that year, including facilitating construction of a new facility for Lamppa Manufacturing, the sale and redevelopment of the former Standing Bear Marina, obtaining funding from the Department of Iron Range Resources and Rehabilitation for a Main Street improvement project, as well as a $125,000 grant to advance the planned town home project at the city’s harbor.

At the same time, however, city officials became increasingly angry over critical reporting by Helmberger on several subjects related to the city, including Open Meeting Law violations, a Hoodoo Point Campground sewer extension, and a switch to paid on-call staffing by the Tower Ambulance Service. Keith and Helmberger had also differed over how to handle the $125,000 grant from the IRRR.

Evidence obtained by St. Louis County Sheriff’s Office investigators through a search warrant executed in June suggests that Keith was actively lobbying for Helmberger’s removal from the economic development authority. "The mayor says for Christmas this year he got me a present which is to take Marshall off of TEDA in January,” Keith wrote in a Dec. 7, 2017, email to Fitton, which is cited in the complaint.

Carlson, who agreed to an in-person interview with investigators, confirmed that the 2017 minutes, which showed Helmberger appointed to a three-year term, were accurate. At the same time, he said he was unaware that the roster terms had been changed since the changes had never been authorized by the city council. He also indicated that Keith maintained the term roster in question and would have been the one who made any unauthorized changes.

Carlson acknowledged that he had intended to remove Helmberger from TEDA because he believed that he had acted without proper authority in obtaining a grant from the IRRR without council approval. In fact, the city council unanimously authorized the acceptance of the $125,000 IRRR grant to TEDA on May 22, 2017, which is the only way that TEDA could have received the funding.

Carlson acknowledged to investigators that he did not provide Helmberger any notice that he would be removed or provide any explanation or opportunity for due process, as is required under Minnesota law. He told investigators that Keith had informed him that he could remove Helmberger from TEDA with nothing more than a motion— which was incorrect.

The city council suspended Keith as clerk-treasurer on June 17 following the service of a search warrant in the county investigation. Keith refused to meet with county investigators so it’s uncertain what explanation she might offer for her actions.

In the complaint, investigators note the discrepancies between earlier versions of the commissions and committees term roster maintained by Keith and the altered version. “Notably, in this formal document, the 2017 City of Tower reorganization chart was created and placed Mr. Helmberger in a one year term with expiration of 2017. This is in direct contradiction to the January 23, 2017, minutes,” notes the complaint. “The person who would have created these two documents and would have known the second one to be false is Defendant.”

The complaint concludes: “It is clear that the official records of the TEDA commission were altered in official forms kept and maintained as well as created by Defendant in her capacity as city clerk for the City of Tower.”

While former council member Kevin Fitton was aware of the decision to oust Helmberger, and supported the move, prosecutors opted not to charge him in the matter. Fitton had opposed Helmberger’s reinstatement to TEDA during the city’s 2019 reorganization, arguing that his dismissal was appropriate because Helmberger had contacted the Minnesota Pollution Control Agency as part of a story he was writing on a planned sewer extension to the Hoodoo Point Campground. During that call, Helmberger confirmed that the city had filed an inaccurate permit application with the MPCA that drastically underreported the number of units that would be connected to the Tower-Breitung Wastewater District as part of the extension. That revelation angered and embarrassed some city officials but was unrelated to Helmberger’s service on TEDA. Fitton also complained that Helmberger had differed with some of the positions taken by the previous city council, suggesting that his ouster had been retaliatory. “So basically, you burn enough bridges with enough council members, that everyone was, okay, well, enough is enough of that.”

City officials, Keith, and her union representative were in a mediation session on Wednesday over a grievance she filed in response to her paid suspension. A special city council meeting is tentatively set for Monday, Aug. 5, to take act on any possible agreement. The filing of criminal charges against Keith is likely to significantly weaken any argument she might have had for reinstatement or a large cash settlement.