Isabella count gets underway in temperatures of minus-31; few birds found

REGIONAL— Looking for something to do when the high temperature for the day doesn’t break the teens below zero? How about spending several hours traipsing through the forest counting …

Isabella count gets underway in temperatures of minus-31; few birds found 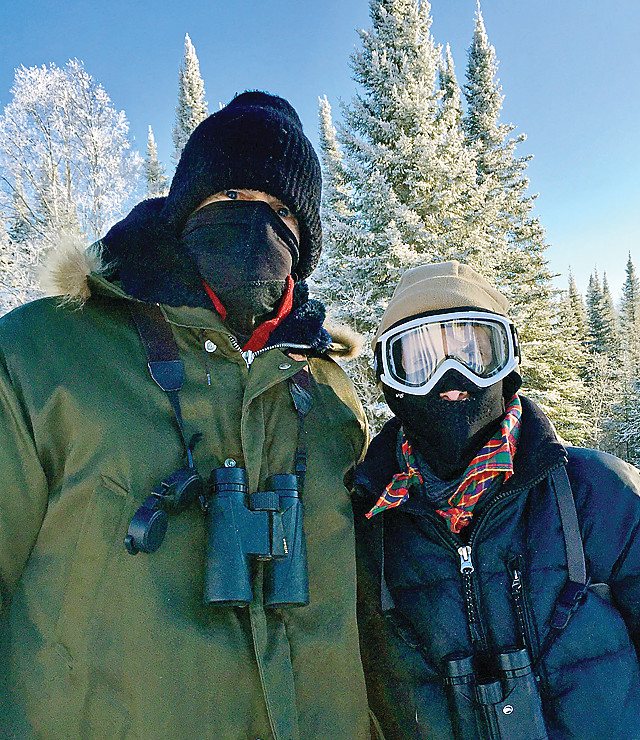 REGIONAL— Looking for something to do when the high temperature for the day doesn’t break the teens below zero? How about spending several hours traipsing through the forest counting chickadees?

That was the mission for 28 participants who turned out for this year’s Isabella bird count, held Dec. 31, which was one of several counts held in the area in late December and early January.

Christmas bird counts in the North Country aren’t known for balmy temperatures, but some of the bitter cold that settled in over the holidays posed challenges for birders. It was minus-31 when the first Isabella counters donned their warmest gear and headed out to listen for signs of life in the woods, the coldest start in the count’s 36 years. At those temperatures, binoculars are stubborn things. They refuse to focus. The slightest errant breath turns their lenses opaque with frost. Oh, and your eyes water, which makes everything blurry, at least until your eyelashes freeze together, at which point you can’t see at all. And the pen you brought to record your sightings invariably freezes solid, which is why experienced cold weather birders know to bring a pencil.

But it’s all good, and all in the name of science.

And here’s a finding that probably doesn’t surprise anyone. The birds have more sense than people when it comes to the cold. Turns out, most of the birds just stayed put in Isabella. They focused on food and finding a reasonably warm place to avoid the worst of the cold.

Count organizer Steve Wilson, of Tower, said his counters tallied the second lowest number of birds in the history of the count.

Bird tallies from the Ely and Cook counts weren’t immediately available, but counters in Cook did tally five great gray owls, and great grays were found on the Virginia, Eagles Nest, and Aurora counts as well. The Virginia count also had a snowy owl and a hawk owl, which suggests this is a good year for seeing northern owls.

The Virginia and Aurora counts also tallied three and eight black-billed magpies respectively, which documents what appears to be a continuing eastward movement for this species. They used to be found almost exclusively west of Hwy. 53, but now are increasingly found well to the east end of the Iron Range.

“April was a lousy month” to state the obvious