As the season changes, it’s a busy time for North Country phenologists

For the would-be phenologists among us, it’s peak season here in the North Country. If you’re unfamiliar with the term, “phenology” is the study of cyclical and seasonal …

As the season changes, it’s a busy time for North Country phenologists 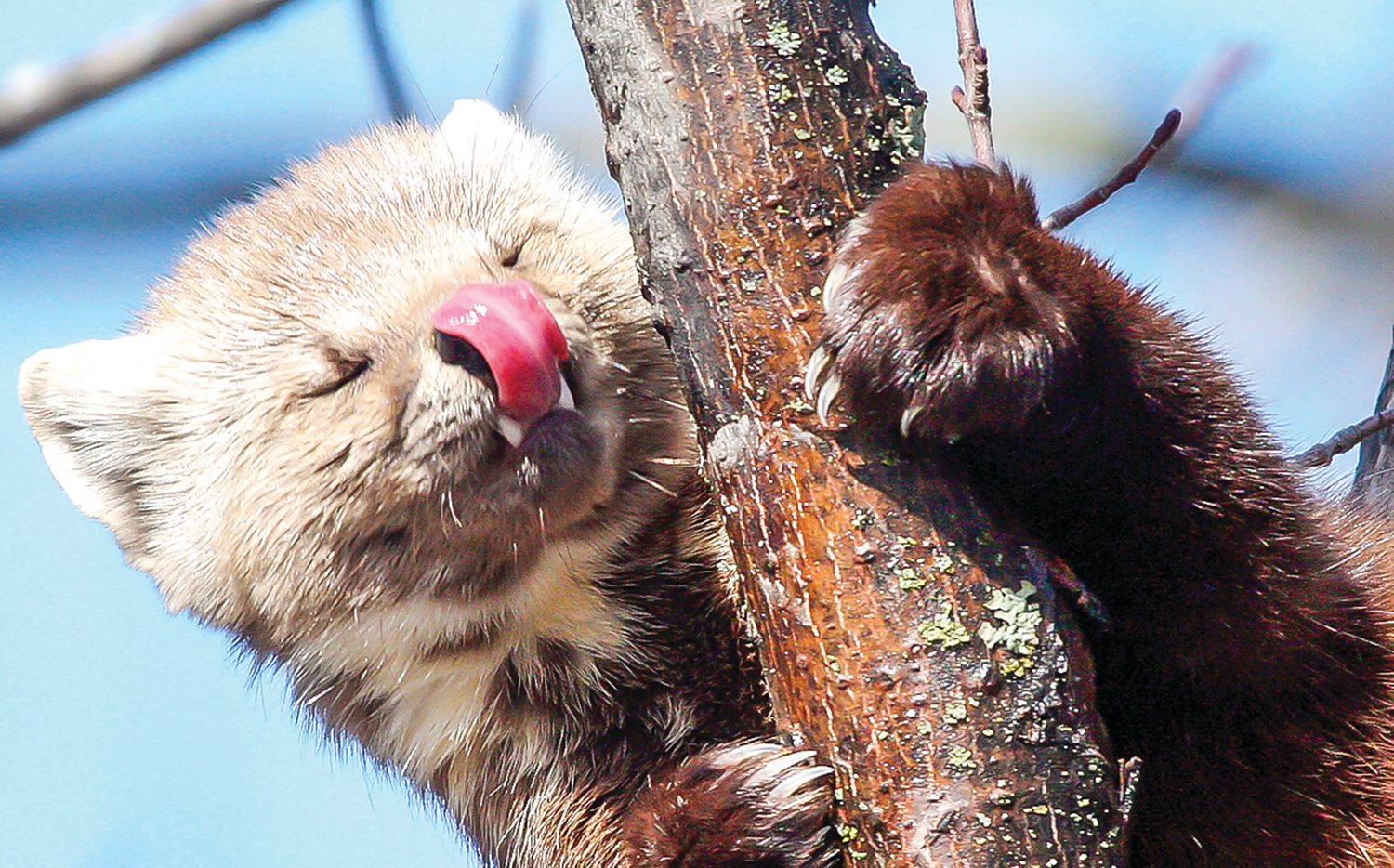 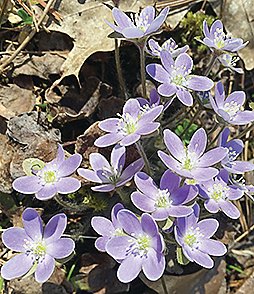 A colorful bunch of hepatica in bloom.
M. Helmberger 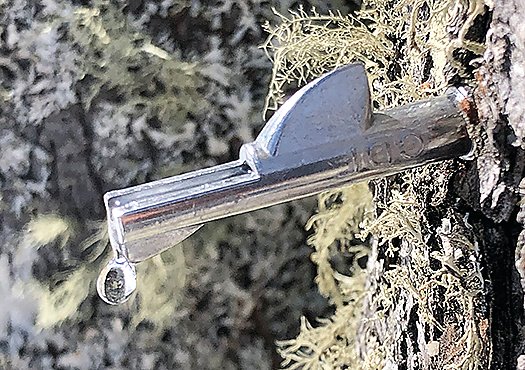 The steady drip of maple sap from a tap installed this past weekend.
M. Helmberger 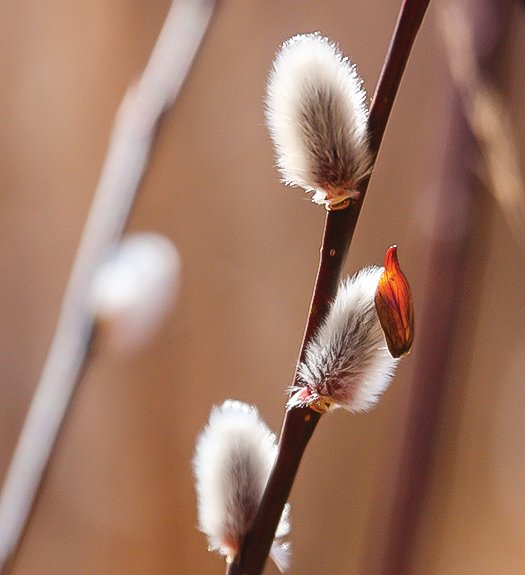 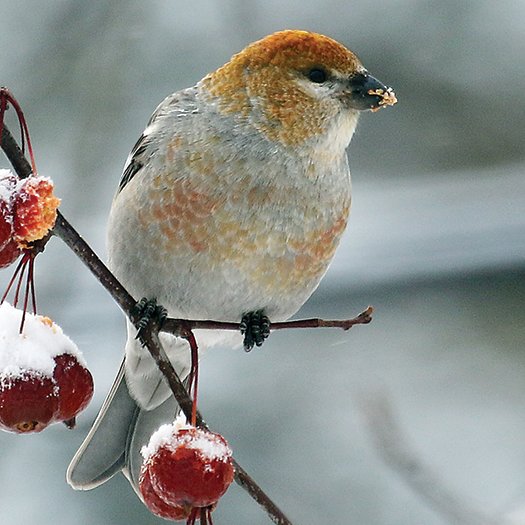 An immature pine grosbeak munches on frozen crab apples. The pine grosbeaks have all headed to Canada now for the breeding season. But don’t worry... they’ll be back in the fall.
M. Helmberger 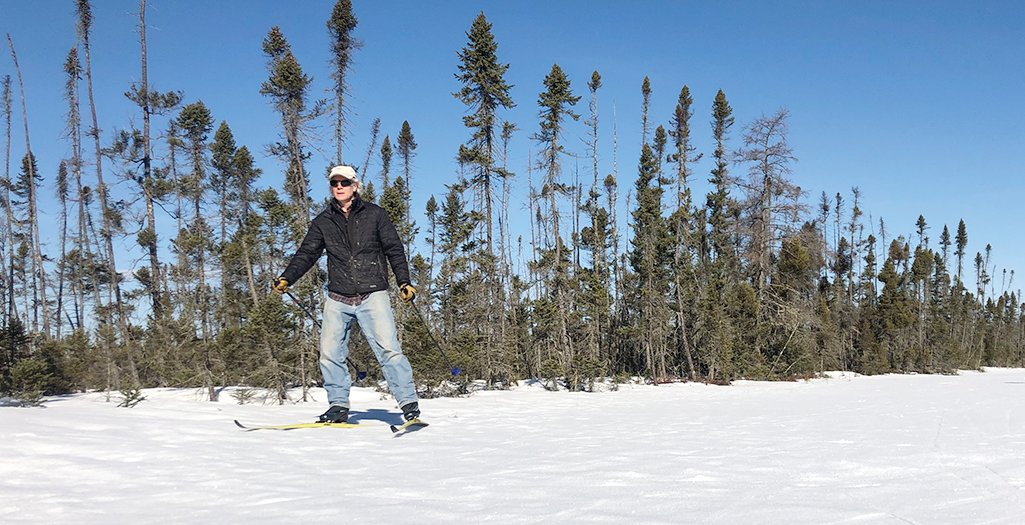 For the would-be phenologists among us, it’s peak season here in the North Country. If you’re unfamiliar with the term, “phenology” is the study of cyclical and seasonal natural phenomena, most often associated with climate.
In late March, our region is in a period of transition from winter to early spring and there is no other point in the year where the approach of the new season brings so many changes to our area. That’s not really a surprise. As most year-round residents of our area know, winter occupies nearly half the year up here, which leaves only so much time for the other seasons, which we somehow pack into the remaining six months of the year. So as winter relents (typically in fits and starts as we saw this week), the signs of spring are popping up all over.
Here are just some of the signs that winter is, finally, on the way out.
• The disappearance of the pine grosbeaks. Like clockwork, the pine grosbeaks have disappeared from area feeders. By March 15, in most years, the last of the stragglers have left our area, headed north to their breeding territory, which begins about 150 miles north of here. I saw my last pine grosbeak this year on March 14. Now, our feeders are overflowing with redpolls.
• We’re in the final days of the Onaabani-giizis to the Ojibwe, otherwise known as the Snowcrust Moon. It’s the easiest time of year for traveling in the woods and swamps. If you haven’t explored the woods on a hard morning crust, you don’t know what you’re missing.
• The sap is starting to flow. While April is the season of the sugarbush in our area, last week’s warm spell got the maple juices flowing, at least a bit, which was enough to prompt most local syrup makers to start tapping. But people aren’t the only ones looking forward to the flowing sap. Watch for red squirrels chewing on maple branches for the sweet sap. The yellow-bellied sapsuckers will be showing up in the next couple weeks to take advantage of that flowing goodness as well. It’s an amazing natural resource.
• The influx of early spring migrants. It’s the time of year when the Ely Field Naturalists’ list serve tends to flood most members’ emails with the latest new sightings. Over the coming week, we could expect to see returning robins, purple finches, red-winged blackbirds, and trumpeter swans. The herring gulls have been back for at least ten days on their rock at Lost Lake. They like to start jockeying for the best nest crevices in late March, but they won’t actually nest until the ice has melted, giving them more protection from predators.
• The snow fleas are showing up in large numbers right now on sunny days. These tiny creatures aren’t an old wives’ tale as some folks believe. They’re real and they’re known as springtails because of their flea-like ability to leap many times their body length. They spend the winter in the leaf litter but work their way to the surface of the snow on mild, late winter days, to feed on bacteria and algae, which grow on top of the snow. When out in large numbers, they are very noticeable as tiny dark gray specks on the snow, particularly on sunny slopes.
• The earliest wildflowers will soon be in bloom. Even as the snow is still melting, watch for hepatica, our earliest blooming wildflower. They can bloom so early because their three-lobed leaves stay green under the snow all winter, so they’re ready to photosynthesize as soon as they’re exposed to sunlight in the early spring. They’re attractive to many early season bees, which are eager for the fresh pollen the hepatica produce.
• The red squirrels are especially wild right now. It’s the start of their breeding season so the males are either fighting with each other or trying to entice females to mate. No matter which it is, their approach seems to be the same— high speed chases interspersed with wrestling matches. I pity the female red squirrels this time of year.
• The emergence of the pussy willows. Last week’s warm temperatures didn’t go unnoticed by our willows, several species of which produce the fuzzy male catkins this time of year that we commonly know as pussy willows because of their resemblance to a cat’s paw. Willows are known dioecious, which means a willow shrub or tree is either male or female and it’s only the male willows that produce the fuzzy catkins. The coating of hairs actually provides some thermal protection to the flower, which is a good thing since they can emerge, at times, as early as February, when there can still be plenty of cold weather remaining. As the days grow warmer, the catkins will fully develop and produce copious amounts of pollen, since they rely on the wind to pollinate the flowers on nearby female willows.
• The re-emergence of chipmunks. These friendly ground squirrels spend the winter months in hibernation in underground dens, which they have generally packed full of seeds, nuts, fungi, and other foods in preparation. As all that storage might suggest, chipmunks don’t hibernate the entire winter. They wake up periodically to feed and take care of their other bodily functions for a day or two, before going back into hibernation. In our area, they typically emerge in late winter, often when there’s still some snow on the ground. Look for them to emerge around your house in the next week or two.
There, of course, are many other phenological events of note this time of year, many more than I could possibly list here. That’s why it is always worthwhile paying attention to the natural world as winter gradually gives way. There’s a lot to pack into the next several months after a winter when most of the natural world is in slumber. And that means there’s no time to waste.