Discovery linked to Soudan man who died in WW I

TOWER- For years, Clair Helmberger, of Tower, has hunted treasure of various kinds, so when the contents of an old garage in Tower were offered for sale this past spring, the hunt for treasure was …

Discovery linked to Soudan man who died in WW I 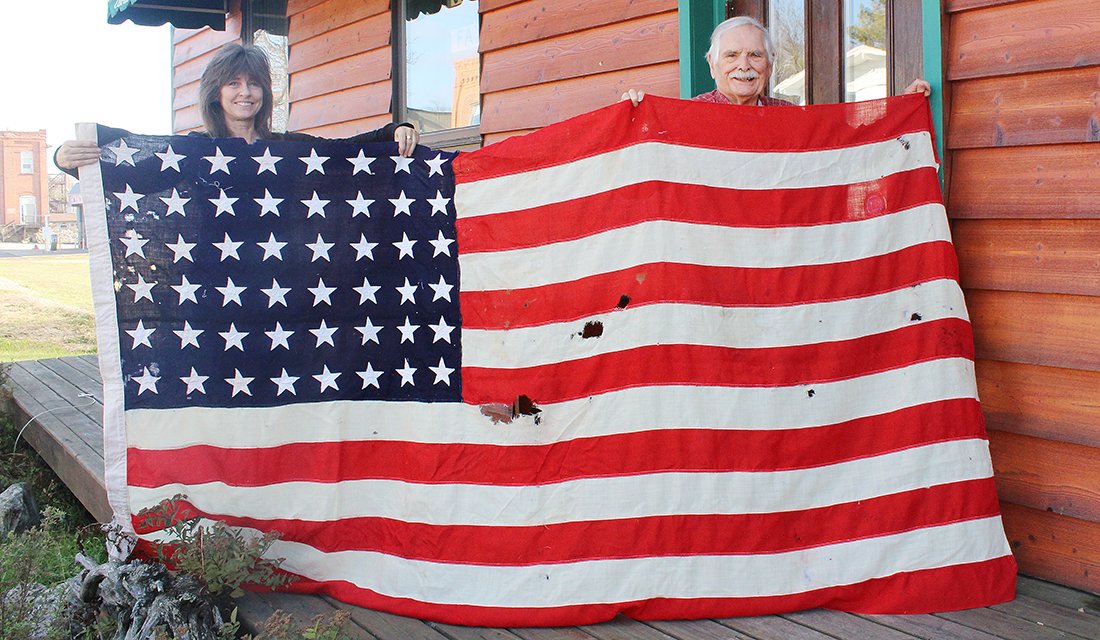 Tower resident Clair Helmberger and Richard Hanson, museum curator of the Tower-Soudan Historical Society, display a 48-star American flag that once draped the coffin of the first area soldier to be killed in battle in World War I.
M. Helmberger 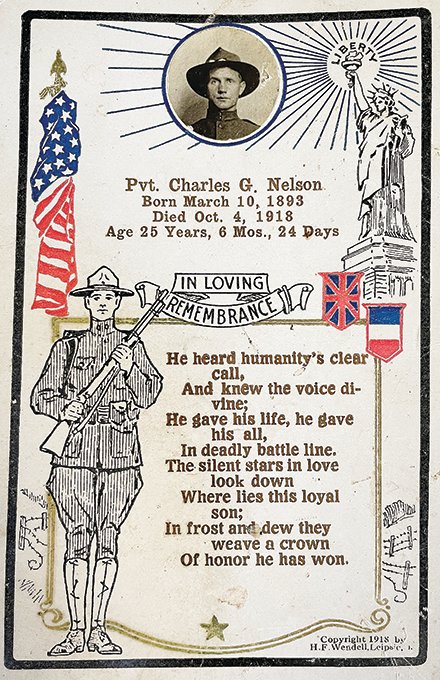 A remeberance card for Charles Nelson that belonged to one of his sisters. 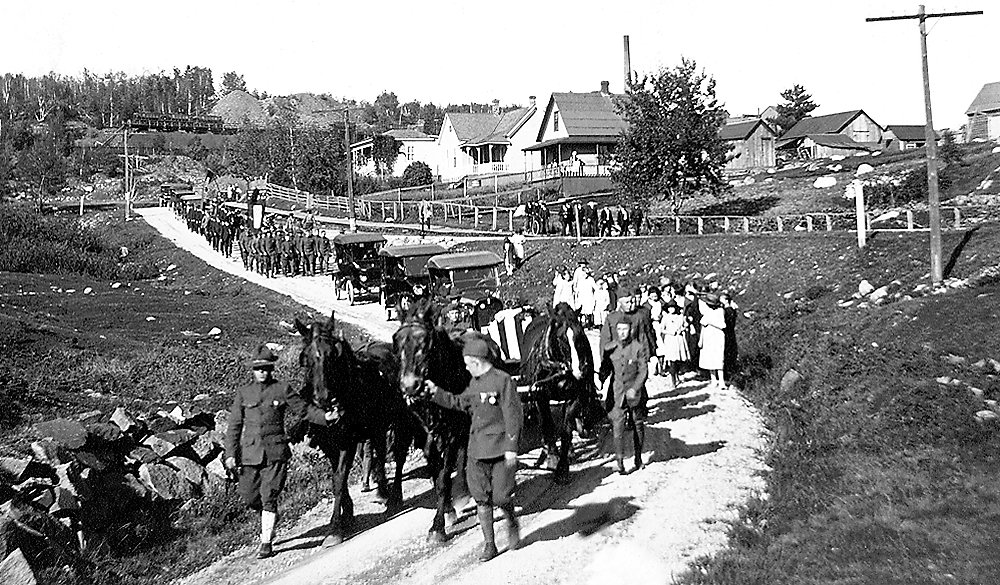 The 1921 funeral procession for Charles G. Nelson began in Soudan and traveled to Lakeview Cemetery, where he was buried with military honors.
courtesy of Tower-Soudan Historical Society
Previous Next
Posted Tuesday, November 9, 2021 5:16 pm

(Editor’s note: While Charles G. Nelson is recognized annually with other fallen service members on Memorial Day, his story would not have been told without the stewardship of Nelson’s memorabilia by Army veterans Richard O. and Richard A. “Rick” Nelson. The Timberjay hopes that this story, compiled from numerous historical sources, serves as a timely reminder of the sacrifice all veterans have been willing to make for their country as we celebrate Veterans Day this week.)