REGIONAL— Mother Nature delivered plenty of open water just ahead of Saturday’s fishing opener, although lingering ice on some area lakes could keep a few anglers from accessing their … 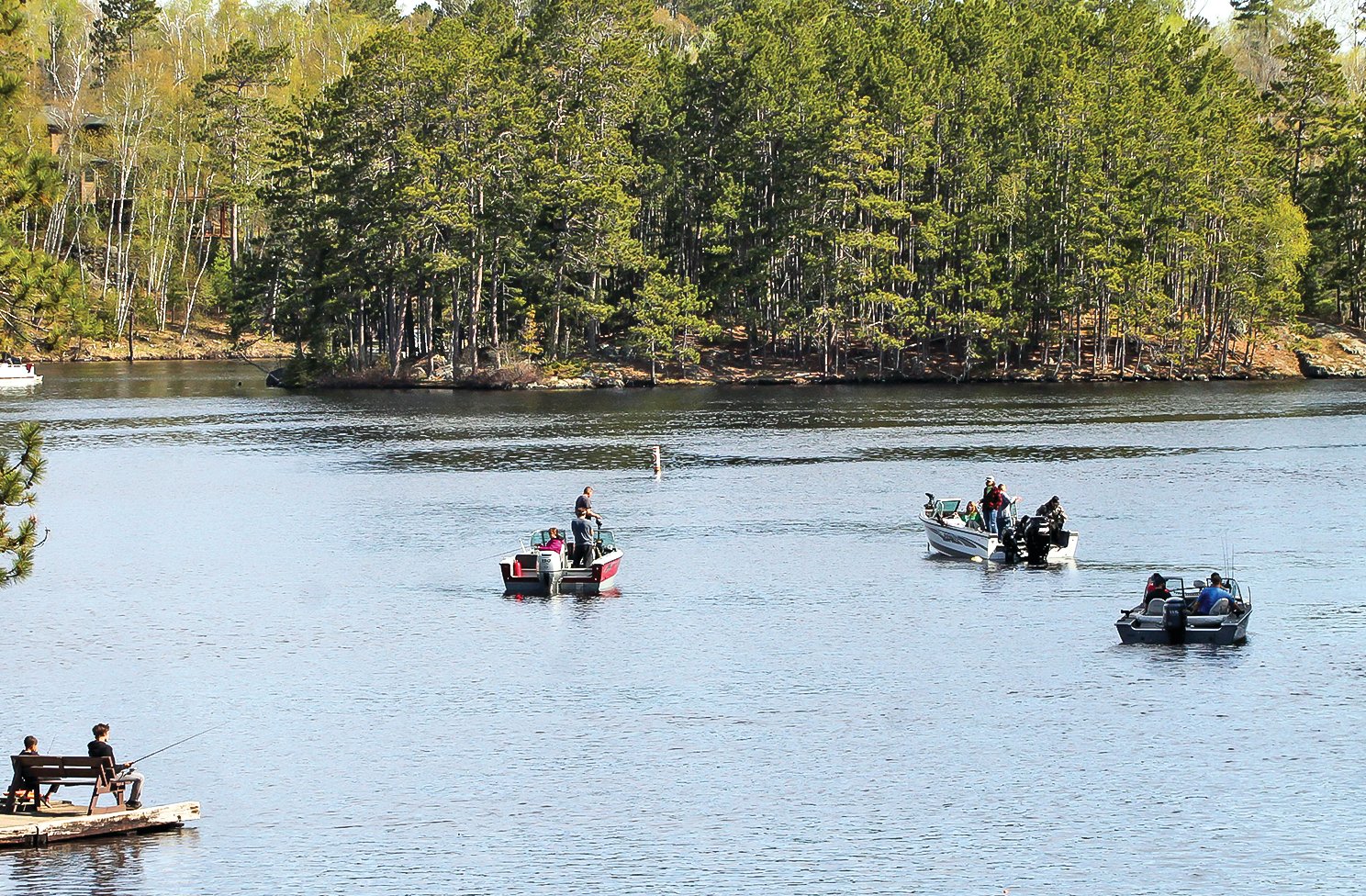 Anglers gathered around Silver Rapids near Ely during the 2021 fishing opener. 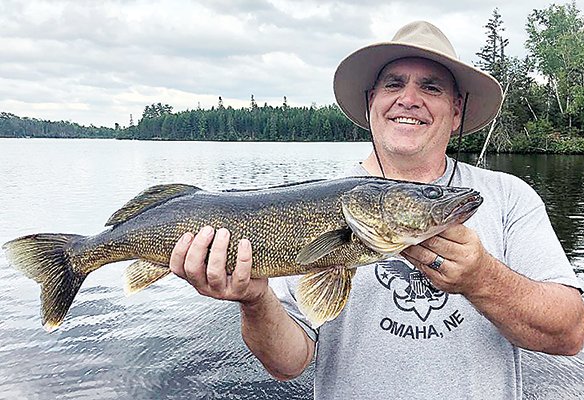 REGIONAL— Mother Nature delivered plenty of open water just ahead of Saturday’s fishing opener, although lingering ice on some area lakes could keep a few anglers from accessing their favorite hot spots. As of the Timberjay’s Wednesday deadline, ice remained on portions of Lake Vermilion, although long-time observers were hopeful that warm weather that set in mid-week would clear the main body of the lake ahead of Saturday.
Ice or not, the smart money says take it slow if you’re hoping to put a few walleyes in the live well. “With water that cold, I’d definitely focus on smaller presentations and be ready to move very slowly,” said Steve Foss, a longtime fishing guide in the Ely area. Foss said he’d focus his attention on river or creek mouths, given that some walleye are likely still in spawn mode.
Longtime Lake Vermilion guide Matt Snyder agreed. “I’d slow down your presentation a little bit and keep things on the bottom,” he said. Given the late ice-out and spawn, Snyder recommends working the shallows, anywhere from four-to-eight feet of depth, at least to start. “It’s always good to start shallow and work deep if you’re not having luck,” he said.
On Lake Vermilion, Pike Bay is likely to be a good bet. It’s traditionally been an early season favorite with anglers, particularly in years, like this one, with a late ice-out. Thanks in large part to the huge inflow of spring runoff from the Pike River, Pike Bay cleared of ice a week ahead of opener. And sunshine and milder temperatures this week will have helped to boost water temperature as well, which tends make the walleye more aggressive. A later-than-average walleye spawn means anglers should find good concentrations in the shallow bay, which draws large numbers of spawning ‘eyes to the Pike River at the bay’s southwestern tip.
Pike Bay isn’t the only location where anglers can expect to find good concentrations of walleye on Vermilion. The latest DNR test netting, conducted late last summer, showed impressive walleye numbers across the lake as a result of strong recruitment from several year-classes. The top-line average number, of 16.4 walleye per net, is significantly above the lake’s long-term management objective of 14 walleye per net. Yet the size distribution of all those walleyes is perhaps the best news of all for anglers this summer, according to DNR large lake specialist Matt Hennen, who produces the report. He notes that fish between 11-17 inches predominated in the walleye catch. “Also, the catch rate of fish from the range anglers prefer to keep, from 13 to 20 inches, was notably high,” Hennen said. Those fish are all below the current protected slot of 20-26 inches and are within the range most preferred by anglers for the frying pan.
The good news for walleye anglers extends across the lake, as the latest results reflect strong improvement in walleye numbers on the lake’s western basin, where a limited number of eating-sized walleye in some recent years had frustrated fishing guides, resort owners, and anglers.
While chilly water temperatures may slow the walleye a bit, that doesn’t mean anglers won’t do well with the right approach. “I’m pretty optimistic,” said Rob Nelson, of the Ely Fishing Guide Company. “We’ve had similar years to this and have done extremely well,” said Nelson. “With the ice just coming off, it could be lights out for walleye fishing.” That’s especially so, he said, if water temperatures have warmed into the 40s by the weekend.

Keep it simple
When it comes to fishing the early season, virtually all of the area guides agree that the tried-and-true methods still apply. “Use a jig and a minnow, or a jig and plastics, or a small crank bait,” said Snyder. “If you can locate some structure with active fish, definitely try throwing a bobber,” he added.
Nelson, who plans to open on White Iron Lake, said he’ll be using large jigs or lindy rigs, tipped with either a rainbow or a shiner. He’ll be looking for areas of current, and preferably about 12-16 feet of water.

On track for record dry June

The legendary and not so legendary monsters of Loch Vermilion