NETT LAKE - Chaz Wagner and Tony Parson are making a statement with their new band, War Bonnet. The duo has entered the northern Minnesota music scene with their debut album, The Ghost Dance, and are … 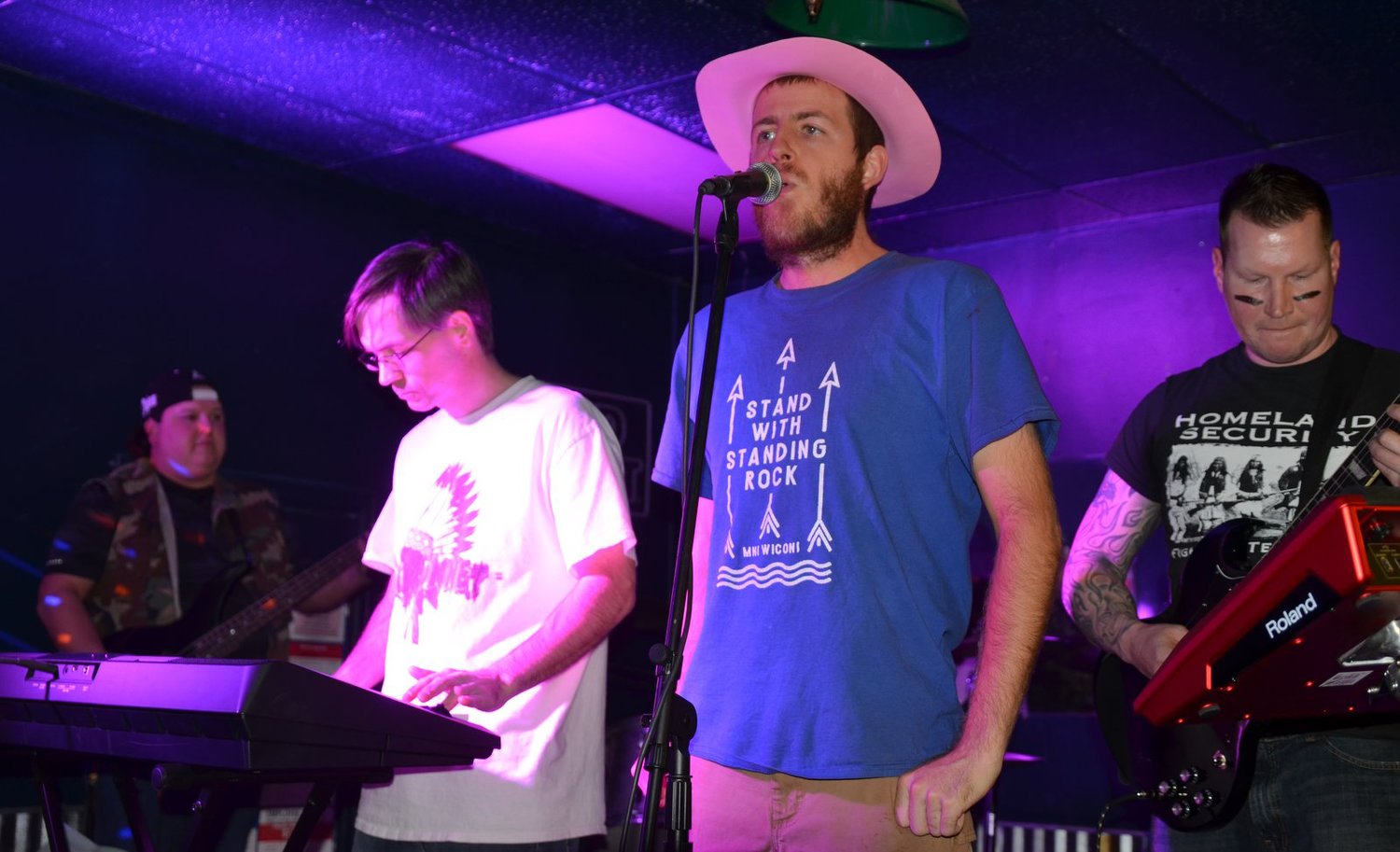 NETT LAKE - Chaz Wagner and Tony Parson are making a statement with their new band, War Bonnet. The duo has entered the northern Minnesota music scene with their debut album, The Ghost Dance, and are bringing songs of history and culture from the streets of Nett Lake to the downtown theaters of Duluth.

“I’ve had dreams of having a band like this,” Wagner said. “I put it off for years, finally I said we have to start this band, this Native American band. The name is powerful in itself. It is a spiritual headdress that high chiefs wore into combat.”

The album title is a reference to the Ghost Dance popularized in the late 1800s by Wovoka, the spiritual leader of the Northern Paiute of Nevada, California and Oregon.

“They [American Indians] had a vision to do this dance that nothing will harm you in life and war,” Wagner said. The dance was meant to summon a person’s ancestors to shield them and help them in battle and came to prominence during clashes between Natives and European colonizers as the United States expanded westward.

The music of the album is an artistic rendering of history that Wagner and Parson hope will build bridges between communities and give a new voice to dark events of the past.

With song titles such as Great White Sea, about the colonization of North America, or Manifest Destiny in Reverse ,about reclaiming native ways and land, the album speaks openly of the effects colonization had on tribes across the continent.

“There was a lot of blood shed from the founding of America,” Wagner said. “We just wanted to open up who we are with this album and make something positive out of something that happened to us.”

The sounds of the album incorporate everything from driving Native drum beats to the sound of jingle dresses, tied together with riffs from Wagner’s electric guitar.

The sound is constructed layer over layer with overlapping vocals to create unique tracks.

“It’s not experimental or contemporary. It is meant to be its own genre,” Wagner said. “I want other artists to be the same - to be true to their vision and think outside the box. Not everything has to be in the box to get noticed.” Wagner added that too many Native artists try to recreate established musical norms and genres. “They try to sound like R&B or folk or rap. So, I don’t want to sound like that. I want to pioneer this music.”

The imagery of Native American history and culture isn’t just represented in the music of the album, but in its art as well.

The album cover features original artwork commissioned by Rabbit Strickland depicting the spiritual figure, Nanaboozhoo. The physical CD also contains a dream catcher and parts of a war bonnet headdress, the namesake of the band.

“Art and music go hand and hand,” Wagner said. “The album should have art that coincides. There is all kinds of symbolism.”

While the music is unapologetically Native in tone and content, Wagner said he wants the music to be a source of pride for not just his own people, but everyone who listens.

“I want people to diversify their thoughts and their tastes,” he said. “I want them to feel part of something even if they aren’t Native. I want them to feel what I feel. They should feel proud of their heritage and where they come from. I want it to help unite people. Let’s be human, let’s be one.”

While this is Wagner and Parson’s first venture into producing music, the two have been jamming together for years. The duo originally met in eighth grade when they bonded over the music of Faith No More and Black Sabbath.

Wagner said he had just recently picked up a guitar after hearing his dad play.

The Ghost Dance album is just the beginning for the two. They have brought on more local musicians to begin development of a second album planned for next winter.

They are also working on a music video for a song called, “Ikwe” about missing and murdered indigenous women.

And all of the work so far will pay off when they play for their largest audience yet on the opening night of Duluth Homegrown on April 28. Homegrown is one of the largest independent music festivals in the Upper Midwest. The band is set to play the Zeitgeist Arts Center stage.

Wagner said he hopes to get radio airplay for some of their work as well and is planning to submit the album to the Native Grammys.

The band can be found on iTunes and Spotify as well as on their webpage, www.warbonnetofficial.com.