REGIONAL— Minnesota won’t have a wolf hunt this fall, as state officials work to update their management plan in the wake of a federal Fish and Wildlife Service decision, last October, … 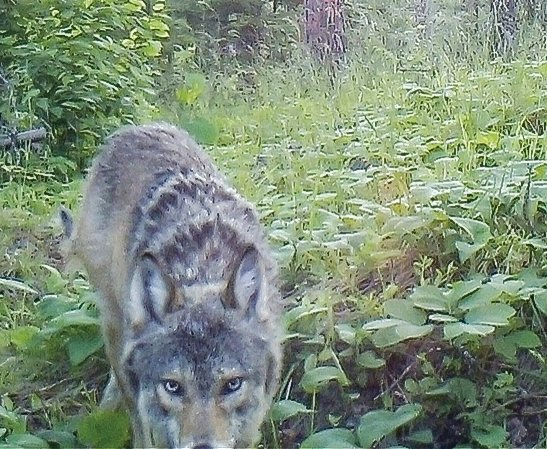 REGIONAL— Minnesota won’t have a wolf hunt this fall, as state officials work to update their management plan in the wake of a federal Fish and Wildlife Service decision, last October, that handed jurisdiction over gray wolves back to states. The species has been listed under the federal Endangered Species Act for more than 40 years, but Fish and Wildlife officials have determined that the species has recovered sufficiently to remove it from federal protection.
According to Minnesota Public Radio, officials with the Minnesota Department of Natural Resources told members of the state’s wolf plan advisory committee on July 7 that the agency will need at least until next year to complete a new management plan for the wolf.
“We reiterated to the [advisory committee] that there would be no decision on a wolf season prior to the completion of the wolf plan update,” said Dan Stark, DNR wolf management specialist. “We anticipate the completion of the wolf plan process in early 2022.”
In a statement, the DNR said revising the wolf management plan will take until March 2022, which is longer than anticipated. Work on updating the 20-year-old plan started in 2019.
“We will use our updated plan as we determine whether and how to use various management tools to ensure continuation of a healthy and sustainable wolf population in Minnesota. Consideration of whether to hold hunting or trapping seasons will be guided by the updated plan,” read the statement.
When federal protections for the wolf were removed in 2011, Minnesota moved quickly to authorize wolf hunts in 2012, 2013 and 2014. A federal judge reinstated protections for the wolf in the Great Lakes region in December 2014, finding that the Fish and Wildlife Service delisting decision was “arbitrary and capricious.”
The Fish and Wildlife Service, after a new process, announced last October that it was delisting the gray wolf once again. Advocates of wolf hunting in Minnesota, including many ranchers and deer hunters, had hoped that a hunt could be reinstated this year. Advocates of a hunt say it would help reduce the state’s wolf population, thereby limiting predation losses of livestock and white-tailed deer. Others have pushed to reduce the wolf population as a way to boost moose numbers in northeastern Minnesota. DNR studies have demonstrated that wolves are the primary cause of the high mortality of moose calves in the state, which has been hampering that species’ ability to recover.
With a population estimate of roughly 2,700 wolves, Minnesota is home to, by far, the largest population of gray wolves in the lower 48 states.
Despite their new authority, the DNR is moving more deliberately in its management planning than in the past and there is no guarantee that the state will ultimately opt to hold a wolf hunting or trapping season. A wolf season is hotly opposed by environmental groups and tribal officials. Gov. Tim Walz has said previously that he also opposes a wolf hunting season in the state.
Dan Gunderson on Minnesota Public Radio contributed reporting for this story. You can hear MPR News at 89.3 FM in Ely and at 92.5 FM on the Iron Range.