LCP’s electricity supplier to shift away from coal

REGIONAL— The power supplier to thousands of North Country residents will soon be eliminating entirely its use of coal for the production of electricity, relying instead primarily on wind …

LCP’s electricity supplier to shift away from coal 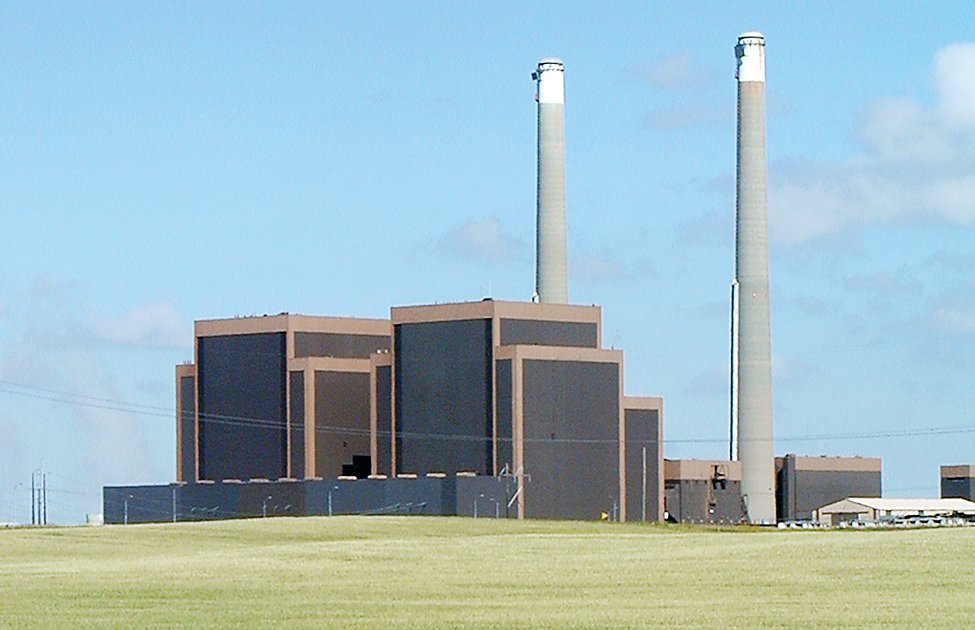 Great River Energy’s Coal Creek Station, near Underwood, N.D., has been the primary supplier of electricity to 28 rural cooperatives in Minnesota.
Posted Friday, May 15, 2020 9:00 am

REGIONAL— The power supplier to thousands of North Country residents will soon be eliminating entirely its use of coal for the production of electricity, relying instead primarily on wind and natural gas.
Great River Energy announced this past week that it would close one of its two remaining coal-fired power plants, both located in North Dakota, and convert the other to natural gas. It will also shift new investment to cleaner, more affordable wind power to the benefit of the rural electric co-op member-owners it serves. Wholesale power costs are expected to drop 12-13 percent as a result of the change, while carbon pollution will be reduced by 95 percent. GRE serves 28 rural electric cooperatives, including Lake Country Power, which serves much of northeastern Minnesota.
“With this announcement, GRE has given up its historic ranking as one of America’s dirtiest electricity generators and sets a new standard as perhaps America’s cleanest,” said Duane Ninneman, Executive Director of CURE, a nonprofit that focuses on issues related to rural electric cooperatives. “GRE co-op members across Minnesota will benefit from this decision. Our members and our rural co-op neighbors applaud GRE for this historic action.”
Under the plan announced this past week, GRE will shutter its 1,151-megawatt (mw) Coal Creek power plant near Underwood, during the second half of 2022, although the utility is willing to consider opportunities to sell the plant to a new operator. At the same time, the utility plans to add 1,100-mw of wind energy to its portfolio, convert its 99-mw Spiritwood Station to natural gas, and install a one-mw long duration battery demonstration system. GRE renewable capacity is projected to grow from approximately 660-mw in 2020 to more than 1,760-mw by the end of 2023.
“We are building a power supply portfolio that will serve our member-owner cooperatives for decades,” said David Saggau, Great River Energy President and Chief Executive Officer. “We are taking advantage of cost-competitive renewables and reliable access to market energy while fostering innovation as the technology of our industry evolves.”
GRE’s decision most likely will leave the Coal Creek Station closed permanently in a little over two years, affecting about 260 workers in addition to coal miners working in the adjacent lignite mine. Company officials have indicated a willingness to transfer ownership of the facility but aren’t optimistic that another operator will come forward. “They see the exact same economics that we currently see,” said Saggau.
While many cooperative members served by GRE are likely to be pleased with the changes, given the anticipated cost savings, state officials in North Dakota have said they’ll try to keep the Coal Creek plant operational, possibly through tax subsidies for a new owner.
According to a statement issued by CURE, GRE’s decision comes with mounting pressure from rural electric co-op members and advocates in the clean energy community for GRE to move away from coal to cleaner electricity generation. “The move also comes with some urgency as the faltering economics of coal power generation burdens co-op members with unnecessarily high costs. Now, with the steady decline in the price of clean renewable energy and GRE’s shift to more wind, co-op members served by GRE will reap the benefits,” read a statement from the group, which is based in Montevideo.
According to Erik Hatlestad, Energy Democracy Program Director at CURE, “Rural co-op members will now buy electricity that is cleaner and cheaper, and GRE’s shift to build new wind generation in rural Minnesota’s will directly benefit our local communities.” Hatlestad went on to say, “We’re also hoping that GRE’s new business plan will evolve over time to include more local distribution co-ops’ member-owners playing a larger role in generating local power. Co-op member-owners should share directly in the benefits of the new clean energy economy.”