LAKE VER-MILION— A home on Everett Bay Road was ripped apart Wednesday morning in an astonishing explosion that rocked houses across a broad swath of Lake Vermilion. The force of the explosion … 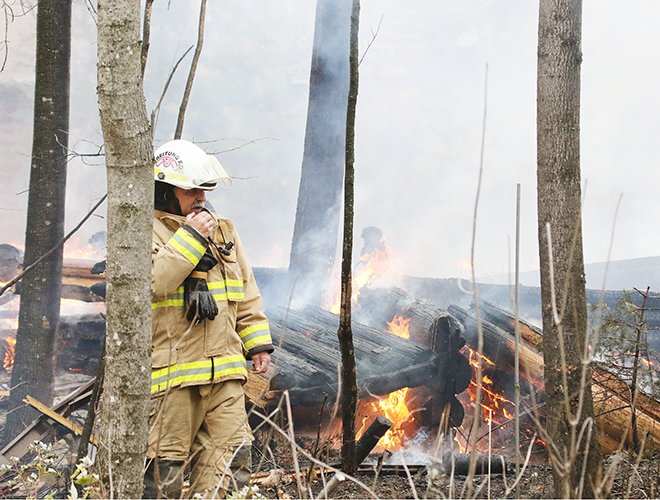 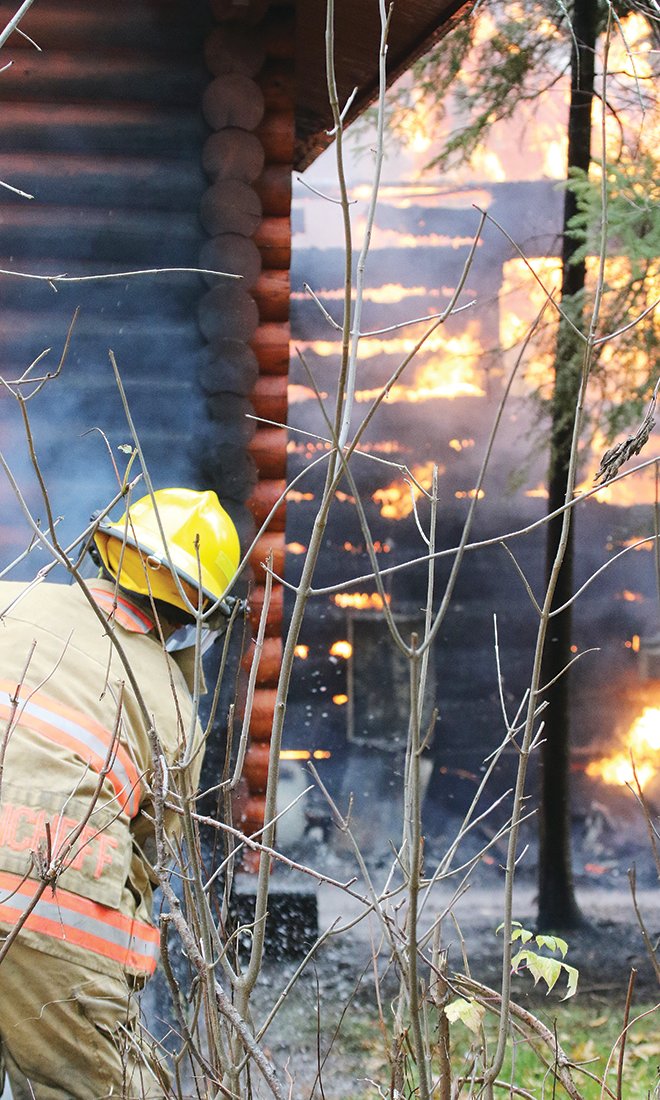 LAKE VER-MILION— A home on Everett Bay Road was ripped apart Wednesday morning in an astonishing explosion that rocked houses across a broad swath of Lake Vermilion. The force of the explosion sent pieces of the house flying into neighboring yards and immediately caught the remains of the structure on fire.
Two individuals were reported to have been home at the time. Unofficial reports indicate that a male victim, Michael Gramse, was found alive but suffering from burns and other injuries. There was no official word on the fate of the female victim, believed to be Eva Gramse, but a family friend informed the Timberjay just ahead of press time that she did not survive the blast.
The explosion and fire prompted an extensive emergency response, with firefighters from Greenwood, Tower, Breitung and Vermilion Lake called to the scene, as were the Tower and Virginia ambulances. A LifeLink Helicopter was reportedly also engaged to airlift the male victim. St. Louis County deputies and a DNR conservation officer were also on the scene and the state fire marshal was reportedly on his way to investigate the incident.
Neighbors said the son of the male victim told them that he had talked to his father just minutes before the explosion. While there has been no confirmation of the source of the blast as of press time, a propane leak is seen as the most likely cause.
The fire was burning actively as of late morning Wednesday as firefighters struggled to get water to the residence, located at the end of a long, narrow driveway. The water supply appeared to be limited and Greenwood fire officials had called for tender support as of 10:30 a.m.
The Timberjay will have updates online at timberjay.com as they become available.