Four injured after vehicle fails to stop for school bus

No children injured; school bus was not hit

Four injured after vehicle fails to stop for school bus

No children injured; school bus was not hit 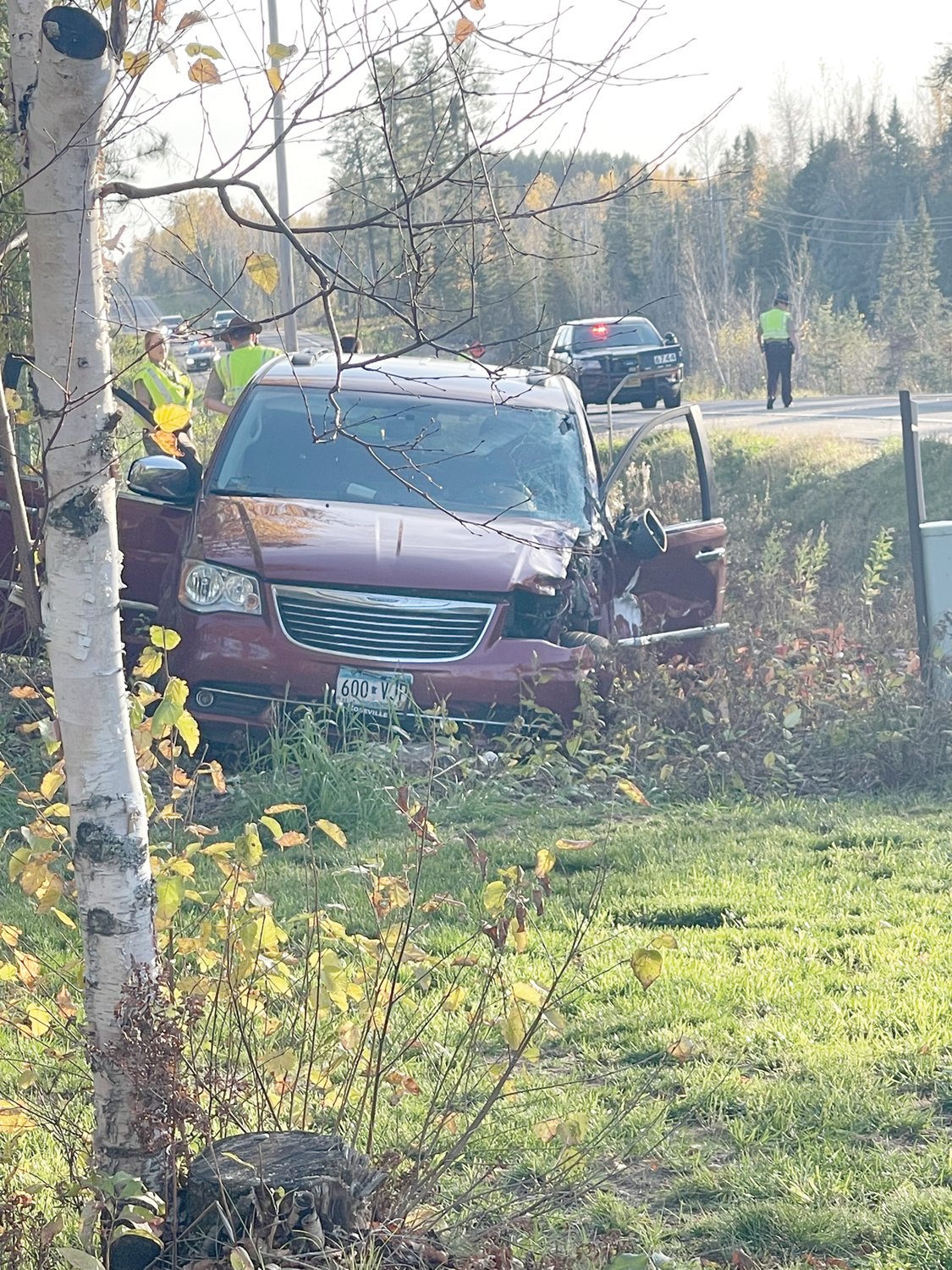 VERMILION LAKE TWP- A Rock Ridge school bus carrying children home to the Tower area was almost hit when a vehicle failed to stop for the flashing lights and rear-ended a vehicle that had stopped behind the bus. The accident occurred near the Wahlsten Road/Cty. Rd. 26 and Highway 169 intersection, where the highway is hilly and curvy with reduced visibility. This section of highway has had more than its share of serious traffic accidents.
“I heard the accident from our house and ran right down,” said Crystal Alaspa. Her husband Ryan had walked down their driveway to meet five of their children, getting off the bus from school in Virginia, on Friday, Oct. 19.
Just as the children were getting off the bus, Ryan watched as a minivan, traveling at full speed, plowed into the pickup truck that had stopped behind the flashing lights and outstretched stop arm of the school bus. The school bus itself was not hit.
“Ryan threw two of our kids in front of the bus,” Crystal said. “The crash was less than 15 feet away from them and he thought they might get hit.”
The couple has seven children, six of whom still live at home, ranging from early elementary to high school age.
“That accident could have killed almost our whole family,” said Crystal.
The accident was a stark reminder that drivers need to be paying attention to school busses on rural roads.
“That gentleman in the van was from the twin cities area and had no idea there was a school bus stop here,” she said.
Crystal said she has called 911 numerous times after taking down license plate numbers of vehicles on Highway 169 that fail to stop for school bus flashing lights, and instead will pass the bus at highway speeds.
“I had asked the township about putting up a sign,” she said, “but it’s not a township road.”
“My kids were already afraid of getting off the bus,” Crystal said. “People aren’t paying attention. Something needs to be done.”
The issue became more of a problem, she noted, after the speed limit was raised to 60 mph, which means traffic is often sailing by at speeds of close to 70 mph.
“This accident could have been much worse,” she said.
Wayne Charles Johnson, 83, of Ham Lake, was driving the 2016 Chrysler Town and Country minivan that hit the 2016 Toyota Tundra stopped behind the bus, which was in the northbound lane. Johnson and his passenger, 77-year-old Ann Johnson Kaltheen, of Ely, were transported to Virginia Medical Center with non-life-threatening injuries.
The Tundra was driven by 28-year-old Nathaniel J. Broughten, of Embarrass.
Broughten and his passenger, Shane Broughten, 58, of Embarrass, were also both transported to Virginia Medical Center with non-life-threatening injuries. Both drivers and their passengers were wearing seat belts, and alcohol was not involved.