ELY – Shoppers bustled in and out of the doors of Ely’s oldest retail business last Saturday just as the summer tourist season ramped up. Those days will soon end as the J.D. Mills … 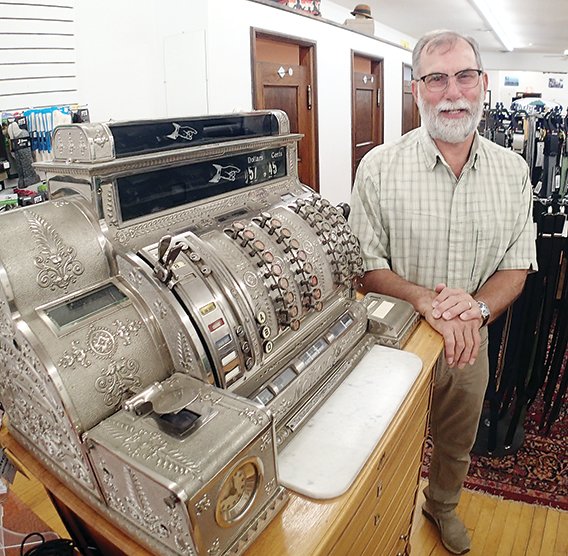 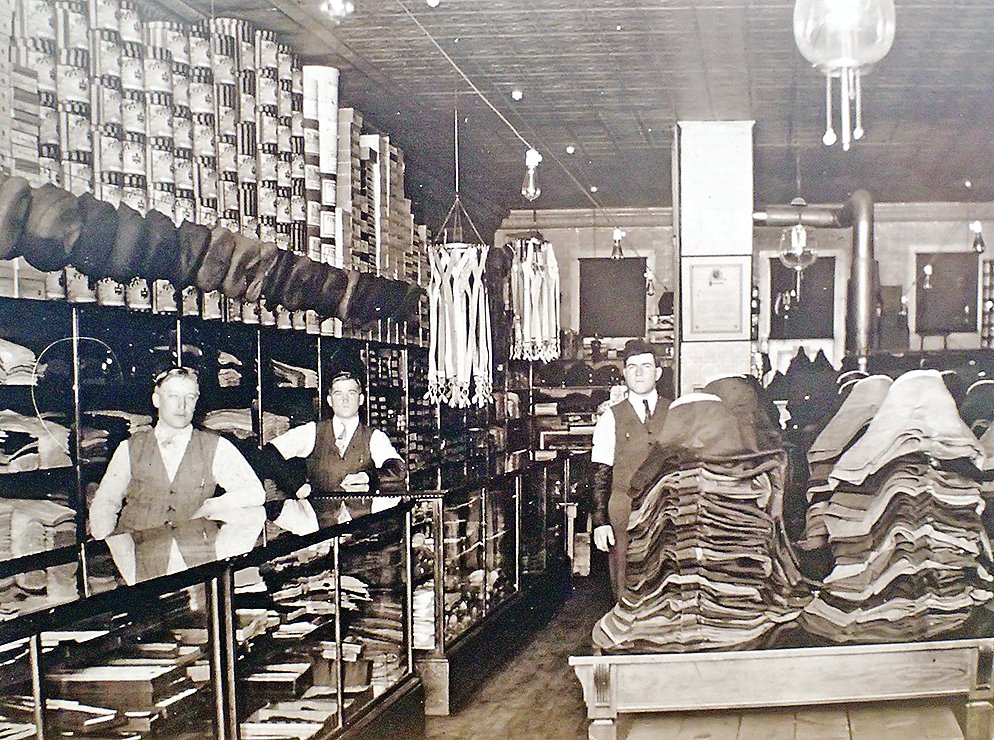 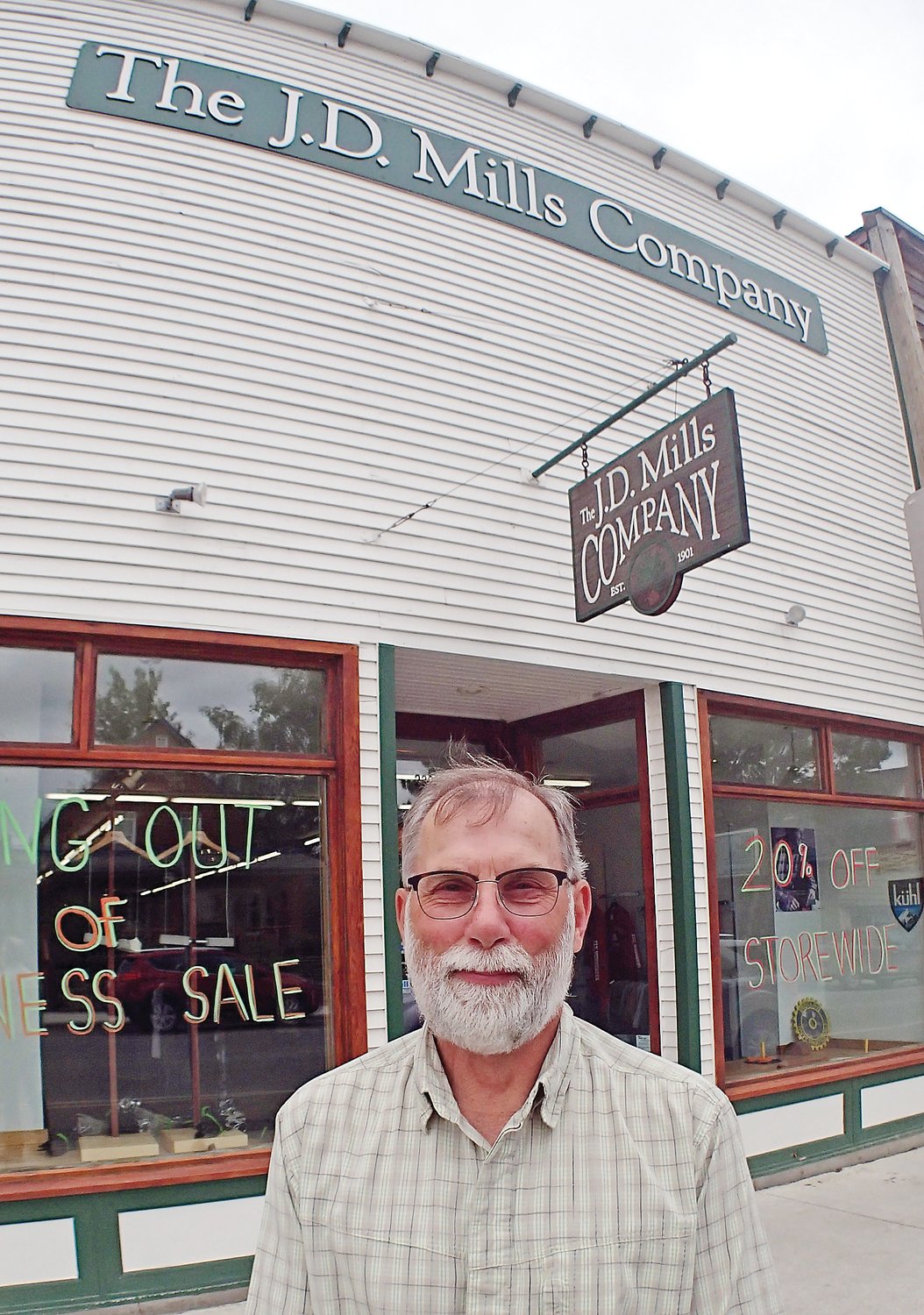 John Mills is the fourth owner of the 120-year-old Ely clothing business. The store will close by the end of July.
K. Vandervort
Previous Next
Posted Wednesday, June 23, 2021 6:11 pm

ELY – Shoppers bustled in and out of the doors of Ely’s oldest retail business last Saturday just as the summer tourist season ramped up. Those days will soon end as the J.D. Mills Company prepares to close for good next month after a 120-year run.
“I remember coming in here a long time ago when we were on vacation every summer and getting our school clothes,” said one out-of-town shopper who reminisced about the good old days. “It just won’t be the same not having this store here in town,” she said, as she scanned the racks for clothing.
John, the friendly bearded man standing near the vintage cash register, the third generation Mills to own the store, told a visitor, “The customers. That’s what I will miss the most. I built many nice relationships with so many people over many years. I appreciate all of those who supported us.”
J.D. Mills is in the midst of a liquidation sale. John listed many reasons for the change−the chance to retire, an offer he couldn’t refuse to purchase the building, as well as the changing retail landscape, not only in Ely but around the nation, as personal service-clothing stores and other retail businesses are replaced with online shopping and bigbox stores.
The J.D. Mills Company clothing store has outfitted generations of Ely residents and visitors since 1901 and will close its doors for good by the end of July. “My grandfather bought the store from Abe Bloomenson in January of 1922,” John said. “We still have the official document showing the sale.”
The business was originally located on Central Avenue, at a location that now houses part of Piragis Northwoods Company, from 1901 until 1956. “They moved over to Chapman Street, in the building that now houses Serena’s Carpet Shop, but at the time it was the First National Bank,” he said. “We moved here (230 E Sheridan Street) in April of 1994.”
John started the process of buying the business from his father in 1983.
Clothing stores, like many other retail shopping businesses, are slowly eroding on the downtown landscape. “There are very few towns of this size today that have a clothing store,” John said. “Sales have been dropping for a number of years. There’s competition with the internet, regional shopping and big box stores.”
The types of clothing worn by men and women has transitioned over the years. “In the early days of the business, we sold all the apparel that a guy would need for work and dress. There was no such thing as sport casual. It was either work or dress,” he said.
By the early 1970s, the J.D. Mills Company began moving into women’s clothing when Lee Company added jeans for women. “We transitioned into women’s casual apparel along with men’s casual clothing,” he said. “The last time I ordered men’s suits was the year before 1993 when I moved the business. We carried sport coats for another 10 years. About seven years ago I stopped ordering dress pants, dress shirts and ties.” He stopped providing tuxedo rentals about five years ago.
John admitted that he had been thinking about retirement for a number of years. “With owning the building, I wasn’t going to end the business until I sold the building. I never listed it, but earlier this spring, a party came in and asked if I was interested in selling, so I’m taking advantage of it,” he said.
“The new owners want to take occupancy by the first of August,” according to Mills. He did not reveal the name of the owners or the type of business that will be in the building. “I’ll be here, depending on the inventory, until about Blueberry/Arts Festival next month,” he said.
Don’t plan on any celebration. One day soon the doors will just stay locked. “I’ve known for a long time that the days of businesses like this were numbered,” he said.
Retirement is next for John. “I plan to enjoy myself,” he said. “Mary (his wife for 41 years) and I plan to stay right here in Ely,” he said. “Both of us like winter too much to leave for half a year. We want to take a few more trips that we can actually schedule and I know that I will be able to go on.”