In a recent article in the Timberjay, we again heard the DNR company line about bad winters and over-harvest of  “snow shelter.”  Not once did I see a mention of predation … 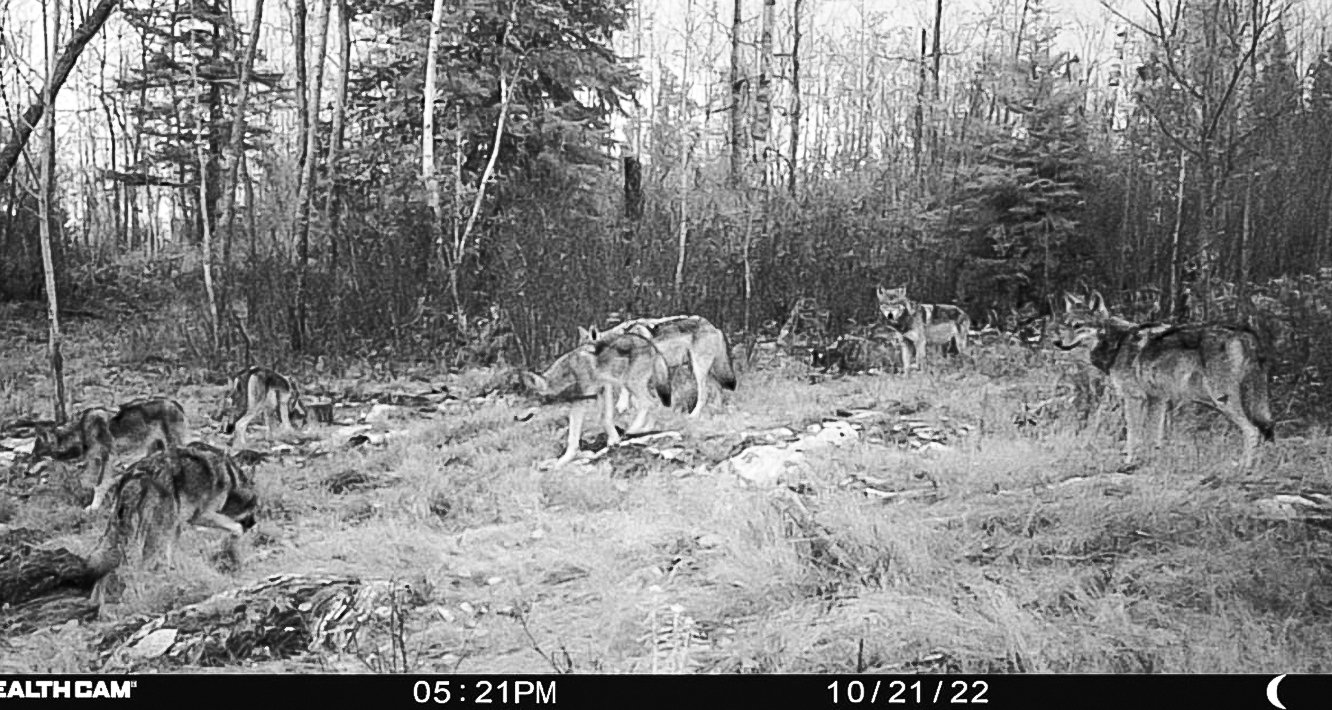 In a recent article in the Timberjay, we again heard the DNR company line about bad winters and over-harvest of  “snow shelter.”
Not once did I see a mention of predation by the gray wolf.  I have no doubt that the deer suffered the past couple winters, I’ve lived here since 1977 and I have personally seen several bad winters, often times back-to-back (1996/97 and 1997/98 as an example), that have drastically dropped the deer numbers.  The big difference between then and now is the higher wolf population.  Back in the day the herd would take three to four years to recover and it always did.  I think if you looked at historic harvest statistics compared to winter weather patterns it would be easy to see that.  The deer herd has now been hit hard by winter snow the past two winters and the wolf  population won’t allow the herd to recover like it used to.  First they kill the winter weakened deer and then in the spring target the fawn crop.  For some reason the DNR refuses to put that into the equation, apparently it’s a political stance they don’t care to take.
A conversation with any deer hunter in northeast Minnesota will bring up wolf numbers in their hunting area.  The DNR calls this “anecdotal information” and seems to discount it but even if you took all those bits of anecdotal information and divided in half there would still be a wolf problem!
Don’t buy into the DNR company line on why the kill is low. They have taken stances before that may not be completely right and many of the reasons for that are generally politically motivated.  The original company line on cougar sightings in Minnesota was: “Someone’s pet cougar got away”.  They used that one for years before they were overwhelmed with documented sightings.  Now the line is free ranging young males, which is more believable than “someone’s pet got away” but they refuse to acknowledge there may be a breeding pair somewhere in Minnesota.  The Canadian Lynx is another example of the DNR sticking their head in the sand, the Feds proved them wrong on that one.  Moose mortality?  Their study showed that 50 percent of the moose calves were at least eaten on by wolves....do you suppose they killed them too?  Politically it didn’t look good to have their study show wolf depredation was a significant factor so they just sort of ignored addressing it.  Over harvest of our “snow shelter”?  I’m not real sure what their agenda is on renaming and re-attacking this subject but being involved in the forestry business for my entire career it strikes me as odd that right now logging is on a downslide in the area.  Especially compared to the heyday of logging from about 1982 up to and shortly after Potlatch shut down.  I very seldom even see a loaded pulp truck now-a-days as compared to that time and there is only one local logging company still left in the Cook/Orr area.  Are we really over harvesting the winter cover faster than we had been? Do you suppose the budworm infestations a few years ago had anything to do with removing balsam fir from the landscape?  I can personally attest to the fact that I lost virtually every mature and semi-mature balsam to the infestation on the 200 acres we own.
I mentioned before that it seems everyone has game cameras at their hunting locations.  We do, too. In fact, we have cameras on three different properties separated by several miles.  We’ve had plenty of photos of wolves at all three sites and we have discarded the majority of them.  The adjacent attached photo I couldn’t discard because of the clarity and number of wolves.  This camera was at my brother’s deer stand over east of Susan Lake and it’s been there since around Sept. 1.
In summary, the DNR’s explanation of why we have a low deer harvest is off base and the hunting population knows it.  They are going to have egg on their face once again!