REGIONAL— The Bureau of Land Management has issued a denial of a mineral lease application that is critical for the creation of the Twin Metals mine, at least as currently proposed by the … 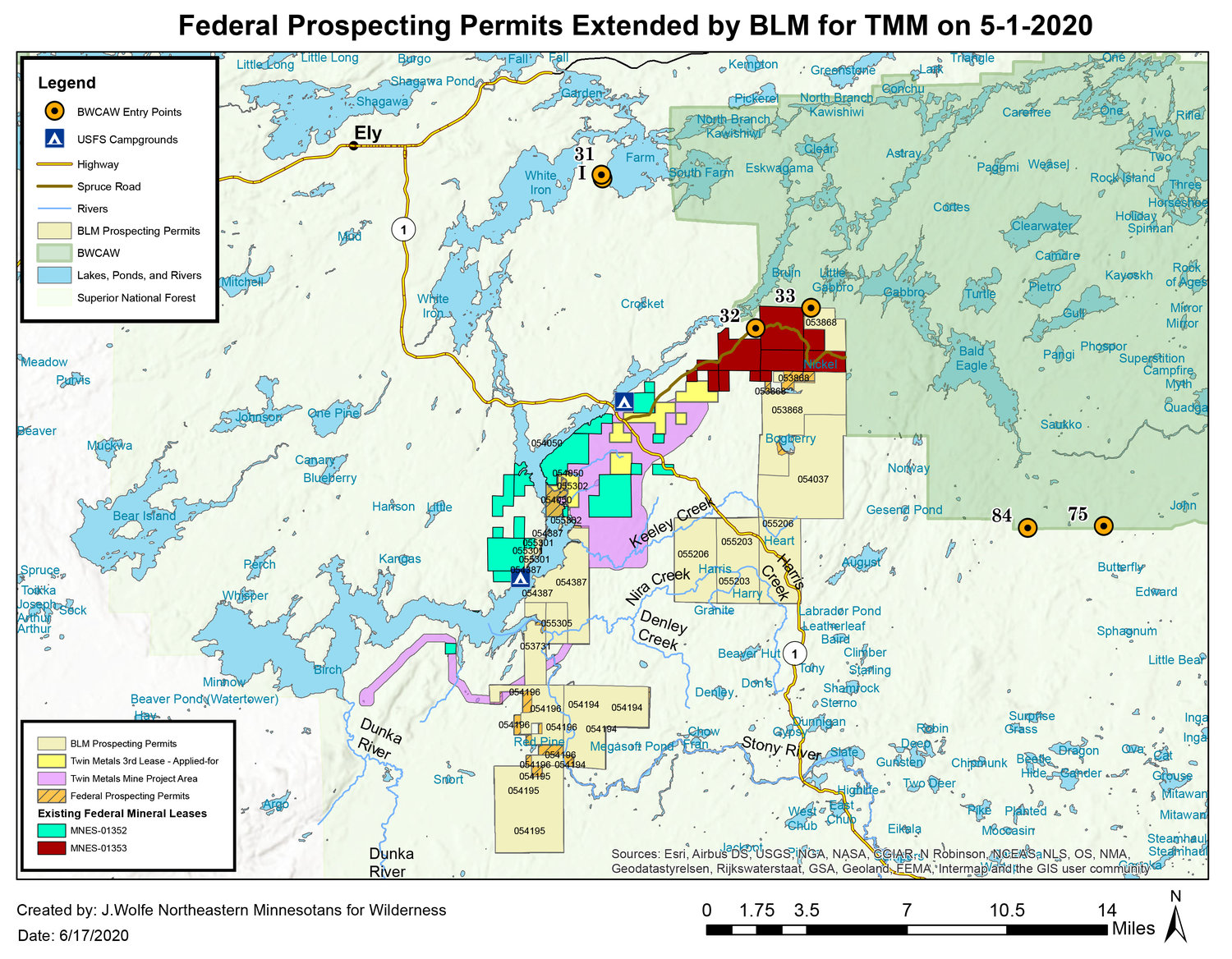 REGIONAL— The Bureau of Land Management has issued a denial of a mineral lease application that is critical for the creation of the Twin Metals mine, at least as currently proposed by the company. The BLM has also denied a pending prospecting permit that the company had sought on adjacent lands within the Superior National Forest, near Ely.
The denials were required as part of the Biden Administration’s recent decision to put a two-year hold on any new mineral leases while the U.S. Forest Service completes an analysis of its proposed 20-year withdrawal of mineral leasing in the area. The affected area includes about 225,000 acres located within the headwaters of the Rainy River, upstream of the 1.1-million-acre Boundary Waters Canoe Area Wilderness.
Under federal law, the denial of any pending mineral lease or prospecting permits is required as part of the withdrawal process.
The denial of the mineral lease application, which would have given Twin Metals preferential mineral rights on 1,044 acres interspersed within its proposed project area, is a critical blow to the company’s plan to open a copper-nickel mine about ten miles southeast of Ely. Twin Metals had proposed to build the sulfide-based mine within the Kawishiwi River watershed just a few miles upstream of the wilderness boundary, a proposal that has elicited considerable opposition from those who want to protect the BWCAW.
While Twin Metals would have the ability to reapply for the lease at some future point, if the mineral withdrawal is ultimately approved, as now appears likely, that future point would be decades away.
“What the administration has decided is a policy decision, that the watershed of the Boundary Waters is the wrong place for copper-nickel mining,” said Becky Rom, of Ely, who chairs the national Campaign to Save the Boundary Waters.
While the proposed mineral withdrawal appears likely to substantially delay the creation of a Twin Metals mine, it is only part of an overall strategy of mine opponents, who hope to enact permanent protection for that portion of the Rainy River watershed that lies upstream of the BWCAW. Most other portions of the Boundary Waters have enjoyed the protection of a mining buffer zone since the passage of the 1978 Boundary Waters Wilderness Act. But that buffer zone was not extended to the Kawishiwi River watershed due to the existence of two mineral leases, that the BLM had issued to the International Nickel Company, or INCO, back in 1966. Those leases eventually came to be controlled by Twin Metals and its parent company, Antofagasta, the Chilean-based copper giant.
Twin Metals had no immediate comment on the administration’s denials of its applications.