With snow on the ground, probably for the duration, and with the bears hopefully now in bed, the bird feeding season is getting underway in earnest in our area. And that means it’s time to take … 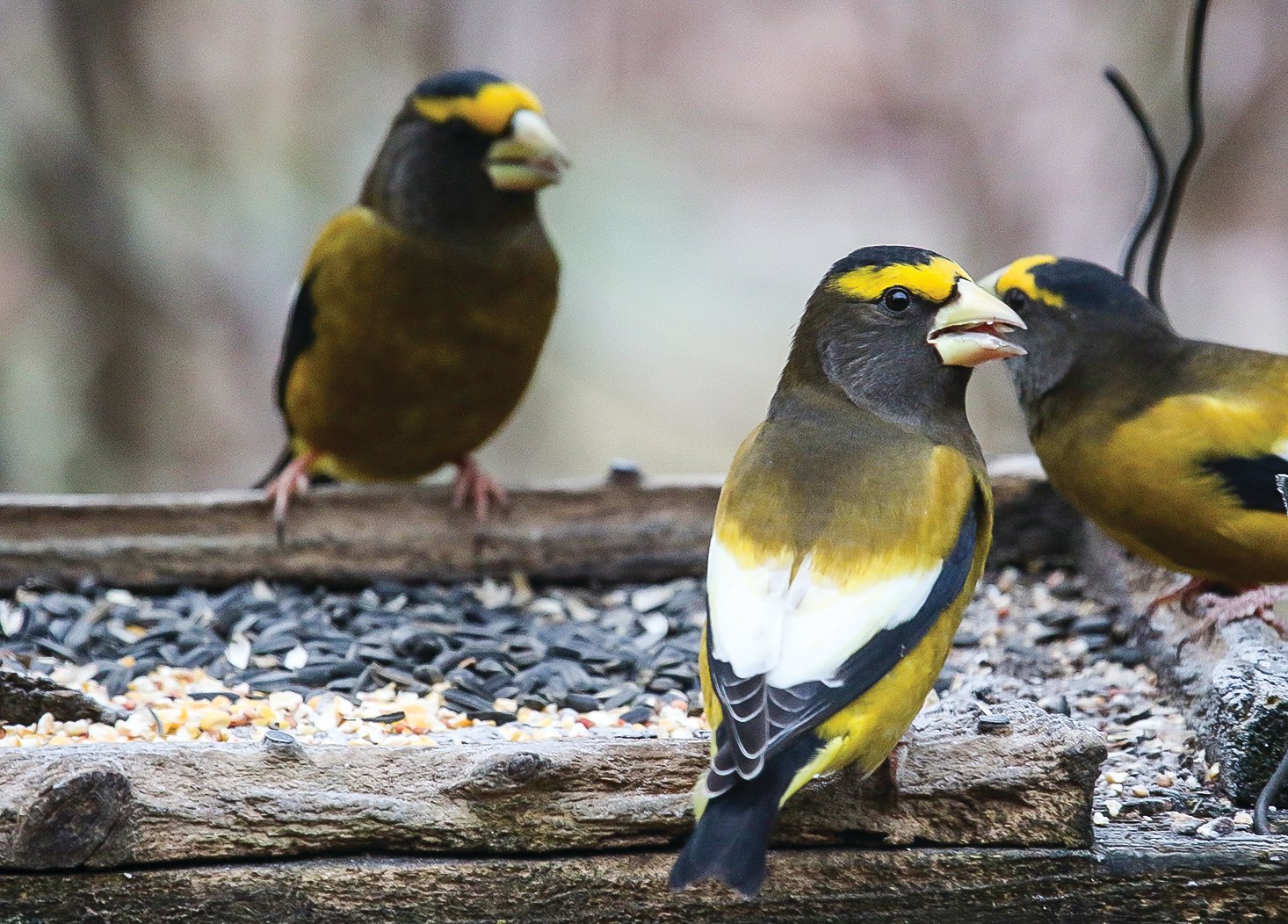 Evening grosbeaks at a feeder near Tower this past week. Both evening and pine grosbeaks are being seen in significant numbers so far this winter. 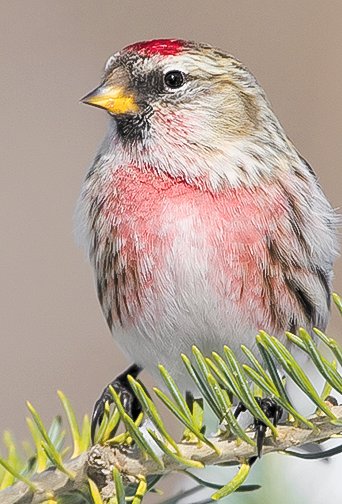 A male common redpoll rests on a balsam fir branch.
Previous Next
Posted Friday, November 18, 2022 12:00 am