Snowshoe hares are a prime target of predators, but they have strategies for success

REGIONAL— To be a successful species in the wild takes a number of strategies for survival. In the case of the snowshoe hare, it comes down to both defense and a little offense. Snowshoe hares …

Snowshoe hares are a prime target of predators, but they have strategies for success 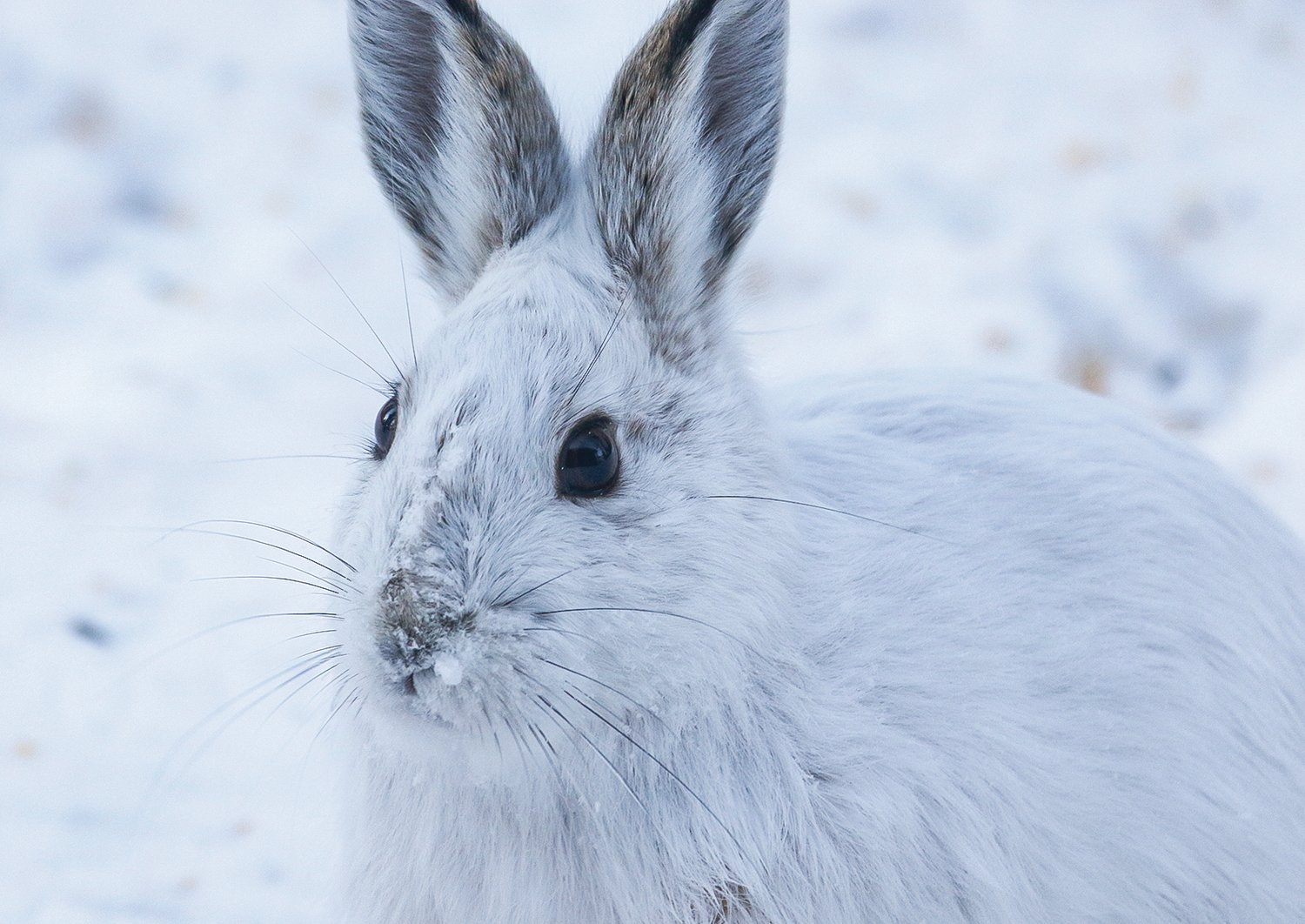 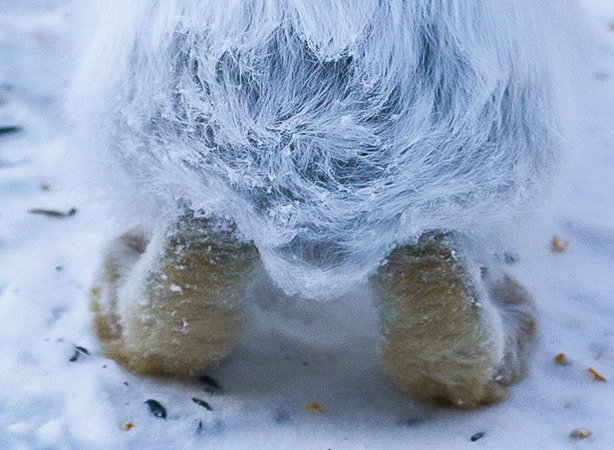 A snowshoe hare from behind, showing its large hairy feet that allow it to run atop the snow.
M. Helmberger 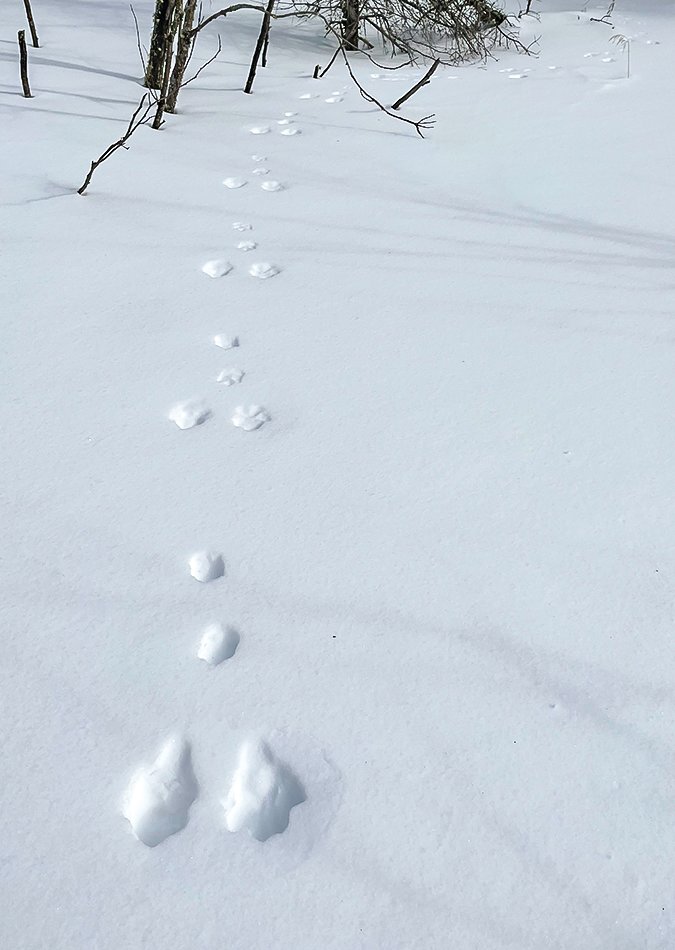 A bunny trail atop the snow along the edge of the Lost Lake Swamp.
M. Helmberger
Previous Next
Posted Wednesday, March 9, 2022 8:15 pm

REGIONAL— To be a successful species in the wild takes a number of strategies for survival.
In the case of the snowshoe hare, it comes down to both defense and a little offense.
Snowshoe hares are a prime target for a long list of North Country predators and they’ve adapted with their own array of defensive strategies that help them avoid becoming someone’s lunch.
Snowshoe hares are also called “varying hares” because they change colors with the seasons— brown in summer and white in winter, a seasonal change that helps them blend into their surroundings. While hares are fast runners— another critical adaptation— the best strategy is to avoid detection and save yourself from the necessity of a mad dash through the woods with a predator on your tail.
It also helps to know well in advance what’s headed your way, which is why hares, and closely related rabbits, both have prominent ears, which give them outstanding hearing. And snowshoe hares, as their name suggests, also rely on their large back feet to run on top of the snow, which gives them another margin for error when trying to avoid predators.
Those big feet give snowshoe hares another survival advantage here in the North Country, particularly in late winter as the snow depth increases. Being able to move across the top of the snow allows snowshoe hares to feed at heights they couldn’t reach at other times of the year. After deep snow years, it’s not uncommon to find evidence of snowshoe hares feeding on shrubs and downed branches as much as four or five feet in the air. Those are feeding heights more typical of whitetail deer.
But perhaps the most important survival strategy of the snowshoe hare is their penchant for, well… breeding like rabbits. They start early, breeding as early as February and continuing into July. The young bunnies, known as leverets, are born three or four to a litter just over a month after breeding. Unlike their rabbit cousins, they’re born fully furred, eyes open, and ready to hop about within minutes.
A single female can have up to four litters a year even here in Minnesota, so if you do the math, it’s apparent that hares have an astonishing reproductive potential that helps the species survive. That reproductive potential can sometimes send snowshoe hare populations a bit out of control. According to the DNR, wildlife biologists estimate that snowshoe hare populations can, in high years, reach densities of about 3,400 animals per square mile. If you figure 20,000 square miles of good snowshoe hare habitat in northern Minnesota, it would amount to a total population of about 68 million. That’s a lot of snowshoe hares, and evidence that their survival strategy can go a bit overboard at times.
The last time we might have hit hare densities like that was back in the late 1970s and early 80s, when it seemed like there were, literally, snowshoe hares everywhere up here. That peak was followed by a population crash that took the hare population, and the predators that rely on them, a good decade and a half from which to recover. That’s likely one reason Canada lynx had practically disappeared from Minnesota by the late 1980s (they’ve since rebounded along with hare populations).
From my experience, the snowshoe hare population has been doing well for some time now. It seems like every thicket of alder or hazel near our house has no shortage of bunny trails heading off in all directions. Of course, it’s already breeding season for them, so you know what they have on their minds…

A short history of water on The Rock