Here in the North Country, a wet summer typically means two things: happy frogs and happy fungi. Since I don’t eat frogs, it’s the fungi that have been getting most of my attention. And … 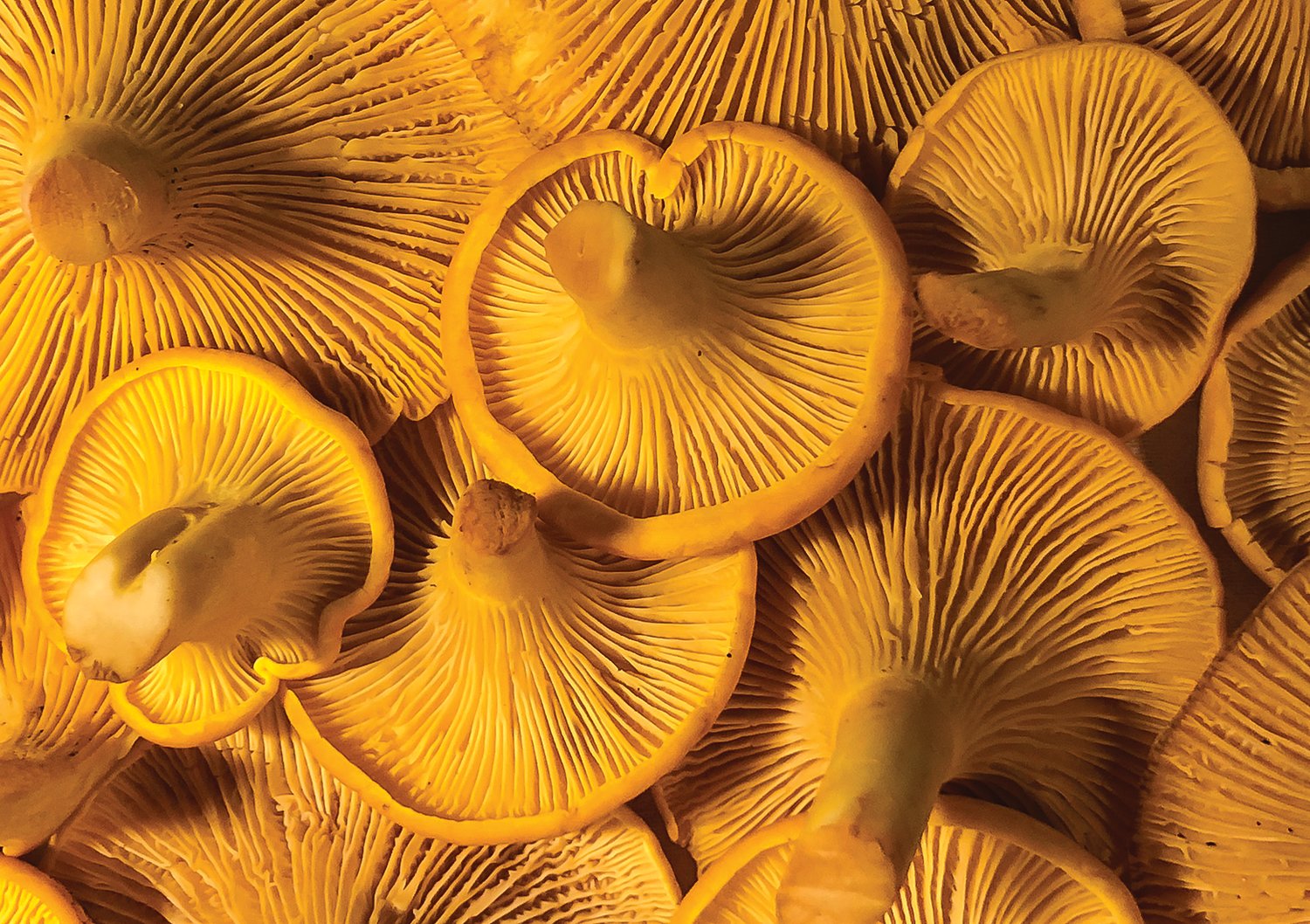 The undersides of a nice haul of golden chanterelles.
Timberjay staff 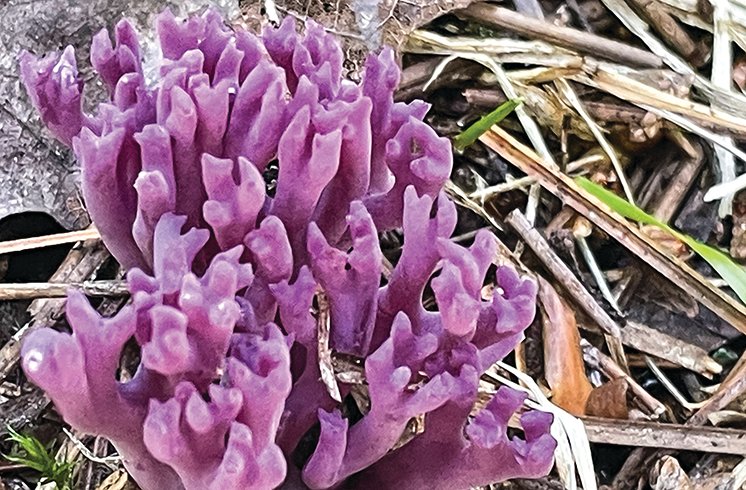 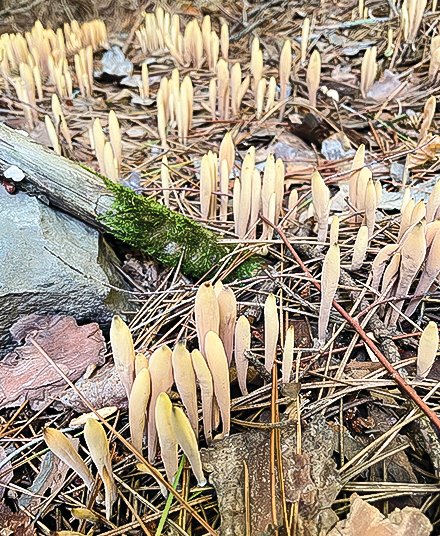 Dozens of club fungi emerge from the ground.
Timberjay staff 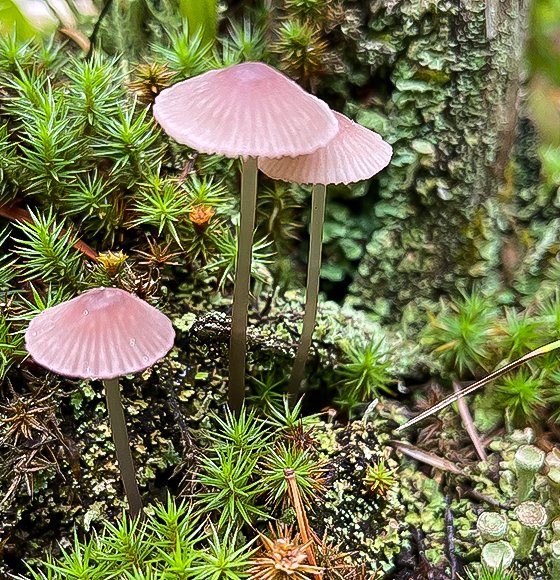 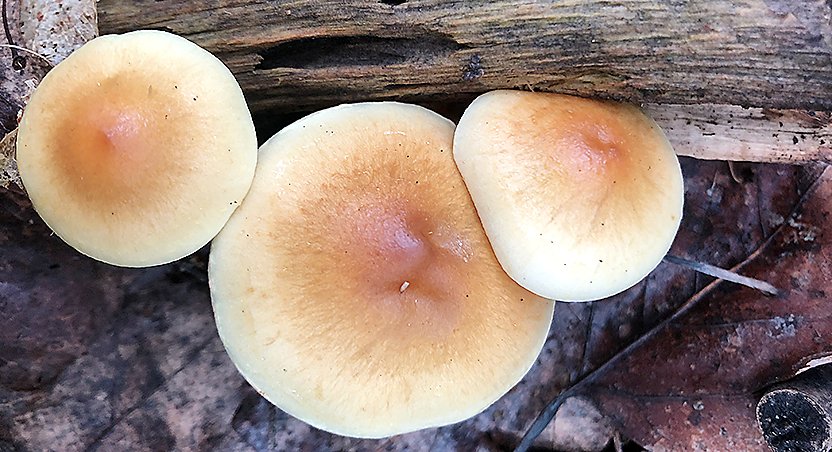 Possible honey mushrooms emerge from the underside of a log.
Timberjay staff 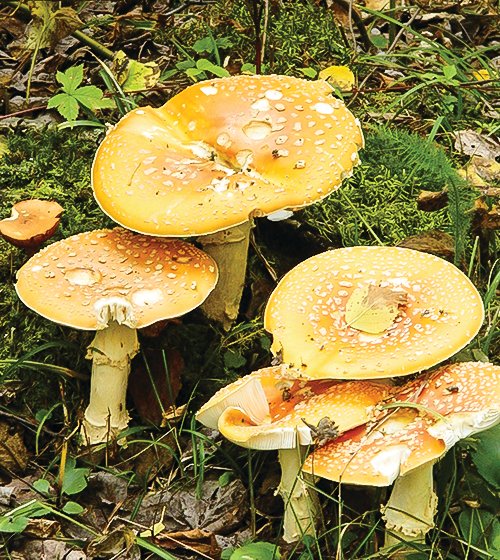 A clump of Amanita muscaria, one of the few hallucinogenic mushrooms in the area. It is also toxic.
Timberjay staff 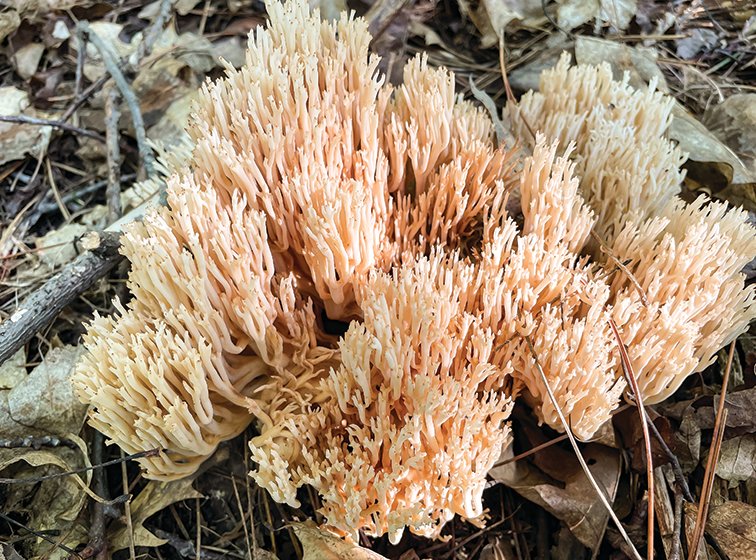 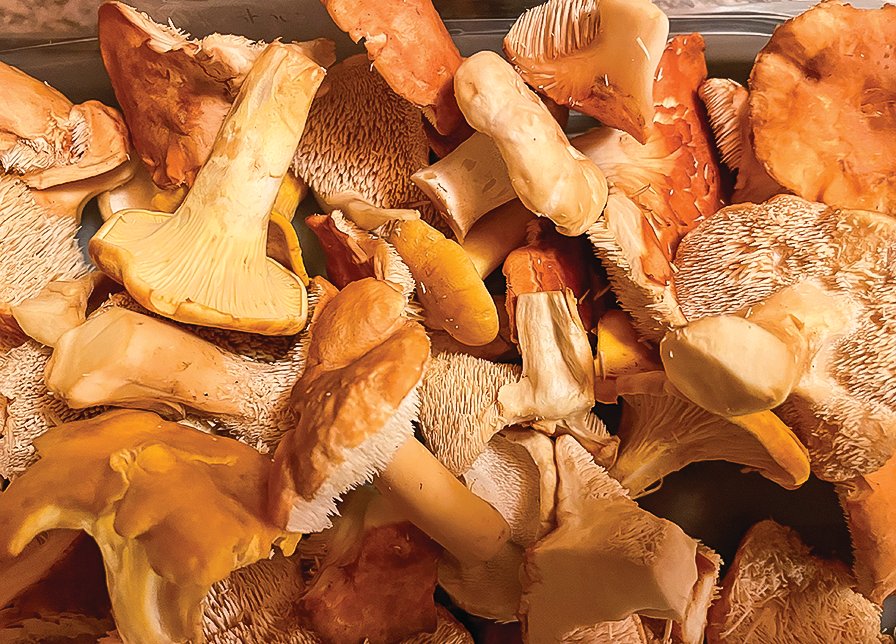 A nice haul of hedgehog mushrooms, named for the pointy “teeth” on the underside of the caps, which resemble the coat of a hedgehog.
Timberjay staff 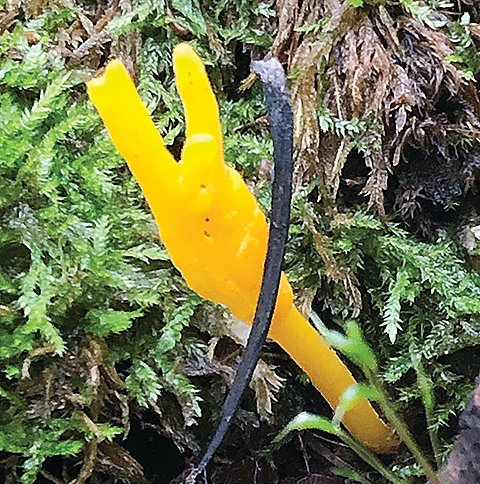 All this yellow club fungus is saying is “Give Peace a Chance.”
Timberjay staff
Previous Next
Posted Wednesday, August 31, 2022 8:27 pm

Here in the North Country, a wet summer typically means two things: happy frogs and happy fungi. Since I don’t eat frogs, it’s the fungi that have been getting most of my attention.
And I’m not alone. Turns out it’s a great year for us wild mushroom gatherers and we’ve been busy picking, cleaning, and either eating mushrooms or putting them away for future use.
My wife Jodi likes to sauté them in butter before bagging them and putting them in the freezer, where they keep just fine for at least a year.
There are lots of edible mushrooms in our region, but I only focus on two varieties, chanterelles and hedgehogs, which are excellent eating and easy to identify. The hedgehogs, which I personally think are among the very choicest of mushrooms, are usually hard to come by, but this year we’ve been finding them in huge numbers and we’re putting them away in the freezer along with the 50 quarts of blueberries and at least as many chokecherries that we’ve harvested so far.
Last year’s drought not only sparked an amazing flush of wild fruits this year, the mushroom hunting is the best I’ve seen in years. Hunting wild mushrooms involves slowly meandering through deep woods, looking at the ground, searching under ferns and other understory growth for the telltale signs of the delectables. They almost always grow in loose clumps, so if you find one, there’s usually more.
It’s easy to forget that a mushroom isn’t a separate organism. It’s simply a reproductive appendage that fungi (which live mainly out-of-sight in the soil) deploy when the conditions are right. The mushrooms develop spores, which are then dispersed usually by wind, although animals probably help disperse the spores in some cases. Humans aren’t the only ones out in the woods looking for tasty mushrooms, after all.
Mushrooms often grow in little clumps, or rings, or in relatively straight lines depending on how the fungal mycelium travel underground. During dry conditions, like last summer, fungi generally lie low, which is why you see very few mushrooms in a drought year.
But follow drought up with abundant rains the following summer and you have the makings of a real explosion, which is what we’re seeing in the woods right now.
While I’m usually looking for edibles, the variety of different fungi is amazing right now and definitely worth sharing. Here’s just a sampling…