Critics charge the Congressman with hypocrisy, kowtowing to foreign interests

REGIONAL—Congressman Pete Stauber is accusing the former Obama administration, including then-Vice President Joe Biden, of playing politics with their 2016 effort to head …

Critics charge the Congressman with hypocrisy, kowtowing to foreign interests 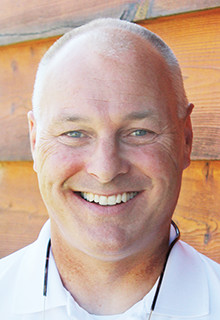 REGIONAL—Congressman Pete Stauber is accusing the former Obama administration, including then-Vice President Joe Biden, of playing politics with their 2016 effort to head off sulfide-based mining upstream of the Boundary Waters Canoe Area— and he’s now facing pushback for his claim from critics of mining on the edge of the wilderness.

Stauber took his shots at the former administration as part of his introduction of a new bill in Congress, dubbed the Saving America’s Mines Act, which would prohibit any administration from “unilaterally halting the mining of critical minerals on federal lands where mining is permissible.” Other Republican members of the state’s congressional delegation have signed on to the bill, which is mostly symbolic since it has little chance of passage.

In late 2017, the Obama administration had initiated a two-year study of a proposal to withdraw mineral leasing on 234,000 acres of the Superior National Forest located upstream of the BWCAW. The Trump administration subsequently canceled that study, kept its findings under wraps, and rejected the proposed mineral withdrawal.

“Fortunately, the Trump Administration’s reversal of this harmful withdrawal moved Minnesota’s miners one step closer to working high-wage jobs, unleashing economic prosperity in the region, and reducing dependence on unreliable nations with horrific labor standards,” said Stauber in a press statement announcing his new bill.  “America needs the copper, nickel, cobalt, platinum-group elements that exist on our lands for infrastructure, modern energy technology, national defense, and for applications in our everyday life like cell phones, refrigerators, and batteries.”

Stauber suggested the Biden administration may try to revive the effort to discontinue mineral leasing on the Superior, which he said his bill would prevent. A mineral withdrawal, at this point would only forestall the issuance of future leases on the affected acres. Two existing mineral leases, which the Trump administration issued in 2018, would be unaffected by a mineral withdrawal. Those leases, issued to Twin Metals, a subsidiary venture controlled by Chilean copper mining giant Antofagasta, are currently under court challenge by opponents who argue that the Trump administration issued the leases illegally.

Critics of Antofagasta’s proposed copper-nickel mine charged Stauber with hypocrisy. “Last month, Pete Stauber and the rest of Minnesota’s Republican congressional delegation signed on to an attempt to invalidate the votes of millions of Americans and overturn a free and fair election, and now have the gall to accuse others of political motivation,” said Tom Landwehr, executive director of the Campaign to Save the Boundary Waters. “The truth is no one injected more politics into the issue of Boundary Waters protection than Pete Stauber and former President Trump. At every turn Stauber and the Trump administration bent over backwards to kowtow to a foreign mining company…”

Chris Knopf, executive director of Friends of the Boundary Waters, accused Stauber of peddling dangerous conspiracy theories. “This latest stunt only adds to a shameful record and shows just how subservient he is to the interests of foreign mining conglomerates,” added Knopf.

If the terms of the Trump leases are met, Antofagasta would obtain perpetual rights to the minerals involved, a highly unusual arrangement under federal minerals policy, which typically limits leases to ten years. The leases also effectively overturn existing federal law that gives the U.S. Forest Service the right to veto proposed mining operations on the Superior National Forest.

Emails made public through a federal Freedom of Information Act filing, show that Stauber’s office interceded with federal officials overseeing the leasing to obtain the special treatment for Antofagasta. A Stauber staff person told Forest Service officials that Antofagasta “is getting increasingly concerned about the stipulations put forward by the Forest Service on the up or down vote they require for mineral lease renewals every ten years. Do you mind setting up a quick call next week where we can recenter and get on the same page?”

Critics note that the ten-year lease term, and any Forest Service discretion, were subsequently dropped from the Antofagasta leases, affecting several thousand acres southeast of Ely.

“Getting ‘on the same page’ meant satisfying Antofagasta’s demand that it not be bothered by the legal requirement that mining leases can only be granted and renewed with the consent of the Forest Service,” said Landwehr.

Despite the heated rhetoric and promises of potential jobs, it remains unclear whether the Twin Metals proposal is a viable venture. While the company issued a mine plan in late 2019, it has yet to publicly issue any financial projections for its proposal. The Timberjay requested such projections from Twin Metals last year, but the company has not responded to that request.