What’s next for War Bonnet?

NETT LAKE - Local band War Bonnet is rapidly gaining attention on a national level. Chaz Wagner, a founding member of the group, recently returned home from a trip to New York, where he attended the …

What’s next for War Bonnet? 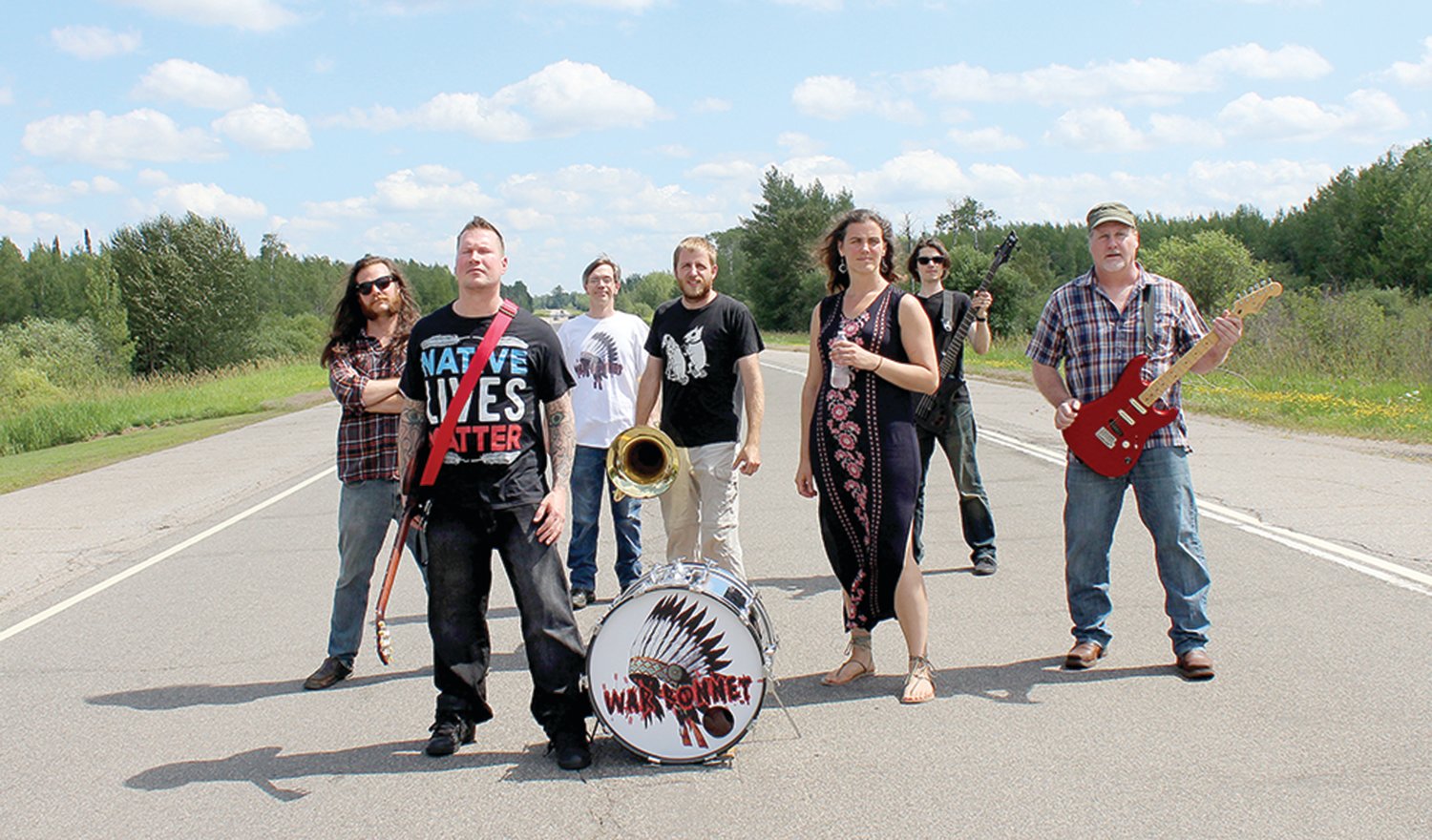 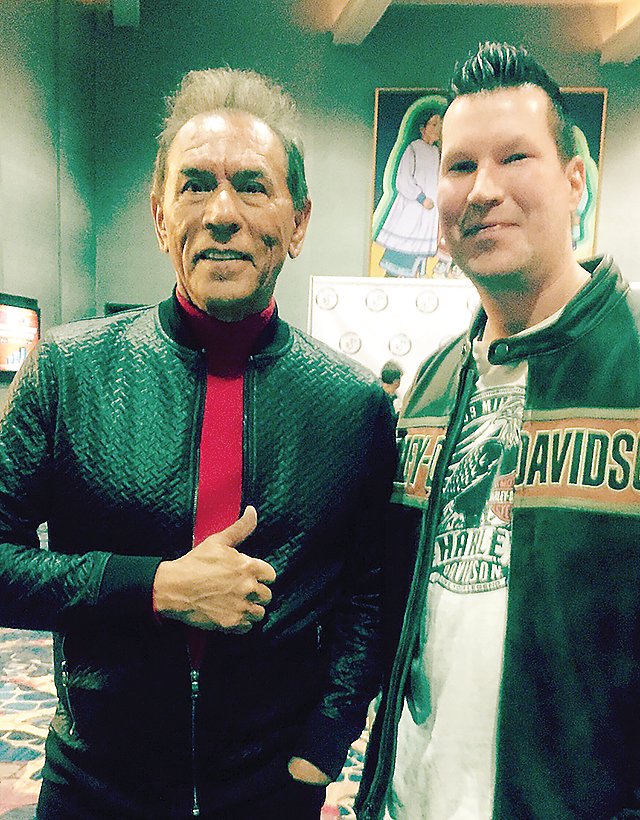 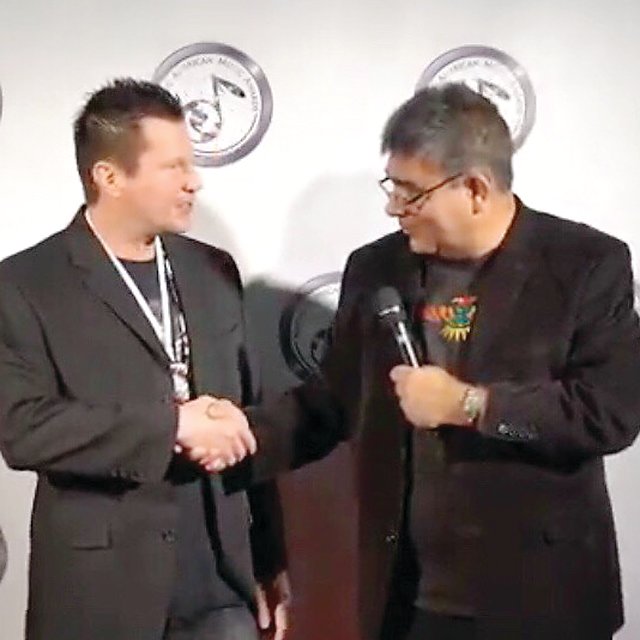 Hopefully we can make a difference through music.”
Chaz Wagner

NETT LAKE - Local band War Bonnet is rapidly gaining attention on a national level. Chaz Wagner, a founding member of the group, recently returned home from a trip to New York, where he attended the Native American Music Awards (NAMA). War Bonnet’s debut album, “The Ghost Dance,” was a nominee for the New Group of the Year award at this year’s ceremony. The band also garnered a nomination for Best Rock Recording with their single “War Horse.”

This year’s show took place at the Seneca Niagara Resort and Casino in Niagara Falls, New York on Nov. 2. While War Bonnet was not among the award winners, Wagner said it was an honor just to be nominated and recognized for their innovative music. According to Wagner, the entire day was an amazing experience, highlighted by the opportunity to perform live at the awards event with fellow local musician Keith Secola. He also had the chance to meet and speak with iconic Native Americans such as Wes Studi, the first Native American actor to ever receive an Academy Award, and Mickie James, a WWE wrestler who was inducted into the NAMA Hall of Fame last year. Wagner also had the chance to meet members of the band Portugal the Man, who said they knew of War Bonnet and had heard their music.

“It was pretty amazing to get that kind of acknowledgement from a band like that,” he said. “It was an awesome experience just to go out there and interact with those people.”

With the award ceremony behind them, War Bonnet is now focused on their next project: the release of a music video and a second album. The album, “The Ancestral Legacy,” is slated to come out in early 2020, while the music video for the song “Ikwe” should be released later this month in honor of Native American Heritage Month.

“Ikwe,” the Ojibwe word for woman, is about missing and murdered Native American women. In the past few years, this issue has slowly gained national attention as an epidemic. Wagner said he himself has lost family members, as well as community members, to domestic violence and the band hopes to draw attention to these tragedies through their video, which was shot by Cecelia Martinez, Wagner’s cousin and an up-and-coming film maker.

“She’s definitely got a cinematic eye, and I wanted to bring her talents out by including her in the project,” he said. “Hopefully we can make a difference through music.”

According to Wagner, “Ikwe” was instrumental in helping the band become more serious about their music. Up to this point, they had been in a more experimental phase. Now, they’re focused on heavier topics that cover the “mysterious and darker” parts of Native American ancestral music. This comes from Wagner’s desire to incorporate Native music with a live band rather than to simply create a familiar sound.

“Our music is very innovative,” he said, “it’s very creative. People who study music grasp that. Even if you don’t, you know something different is going on when you listen to our music. I think that gives the listener something exciting to grasp onto.”

Wagner believes War Bonnet’s sound is unique, in part, due to their influences. According to him, just about anything can be a source of inspiration. He listed off several musical influences, including Metallica, A Tribe Called Red, and Keith Secola, but made it clear that it’s not always other bands that impact their music.

“It could be art, or a historical person,” Wagner said. “We draw a lot of inspiration from stories about Geronimo or Sitting Bull. The poetic philosopher John Trudell, a political activist, is a huge influence on our stuff.”

Wagner has also drawn a lot of inspiration from his life on the reservation. He believes it’s important to have a sense of pride no matter what ethnic background you come from as this is what shapes you and helps you become who you’re meant to be. This message should be loud and clear in the band’s next album, he said.