REGIONAL— Anglers should find exceptional numbers of eating-sized walleye on Lake Vermilion this year, based on results of the annual fall sample netting conducted by the Department of Natural … 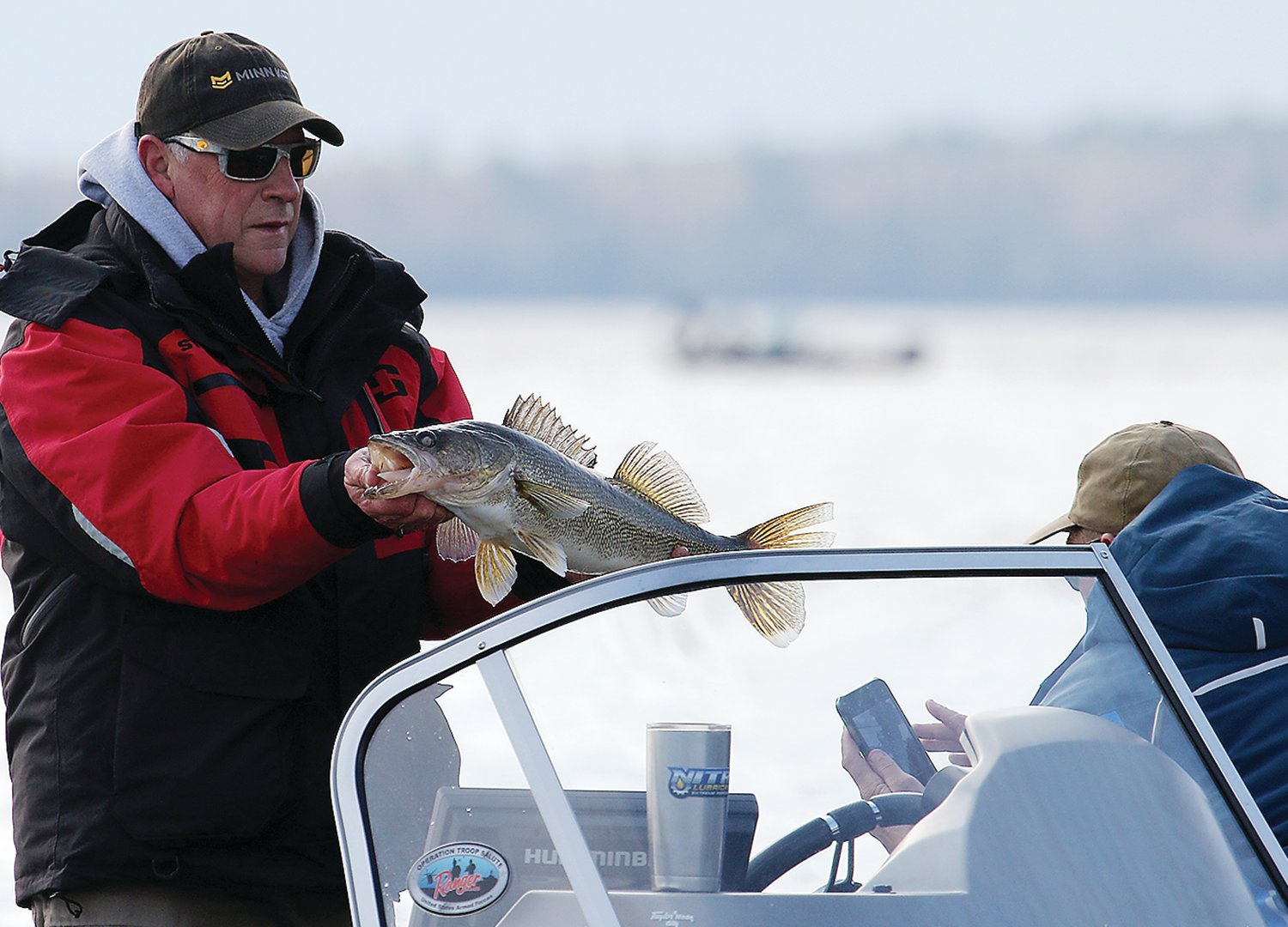 A Lake Vermilion angler hoists a nice walleye for his friend’s camera during a recent fishing opener.
file photo 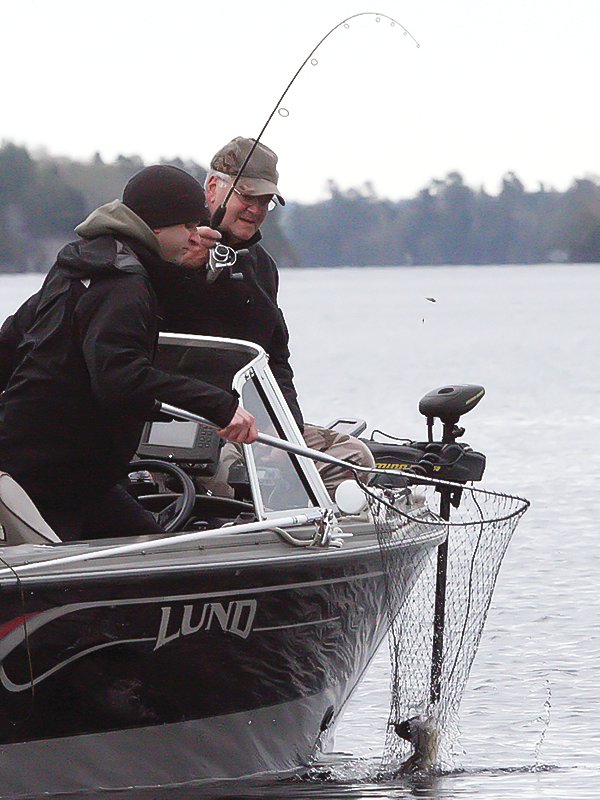 REGIONAL— Anglers should find exceptional numbers of eating-sized walleye on Lake Vermilion this year, based on results of the annual fall sample netting conducted by the Department of Natural Resources.
The strong year class in 2016 appears to have bolstered Vermilion’s walleye population. In fact, the fall 2020 sample netting produced an average of 20.4 walleye per net, the highest average walleye catch recorded in the 37 years the annual sampling has been done on Lake Vermilion.
At the same time, the DNR reports evidence that both 2018 and 2019 also produced strong year classes, which are contributing large numbers of smaller walleye, some of which may be harvest-sized by this summer.
The increase in walleye numbers was apparent across the lake. The walleye catch rate of 23.3 fish/net in the east basin ranked as the third highest catch rate historically on the lake’s east end. A catch rate of 16.0 fish/net was the second highest catch rate on record on west Vermilion. The latest results appear to suggest that the low walleye numbers and overabundance of older walleye on the lake’s west end may have turned around as a result of recent strong year classes.
The high walleye numbers came even as the lake experienced substantial fishing pressure last year.
The average length of walleyes captured in the gill-net survey was about 14 inches. It was the smallest average size since 2008, which can be attributed to the large numbers of younger walleye from recent strong year classes entering the catchable size range. These fish should provide substantial catch and harvest opportunities over the next several years, according to the DNR. Additionally, high catch rates of fish 20 inches and larger will continue to provide memorable catch opportunities throughout the lake while also ensuring plenty of broodstock.
The walleye captured in the survey ranged from 0 to 23 years old. Across Vermilion, the catch rates of walleye from the 2020, 2019, 2018, 2016, and 2015 year classes were all above historical averages. The catch rate of two-year old fish was the highest ever recorded for that age grouping.
At the same time, the catch rate of walleye eight years and older was also high, exceeding the 75th percentile for the second consecutive year and for the tenth time in the past 11 years. The number of large walleye on the lake has increased dramatically since the introduction of a protective slot limit in 2006.
The improvement on the west end of Vermilion has been the most dramatic, as numbers have increased steadily since the last weak year class in 2013. So far, the 2018 cohort looks to be a potential banner year class, according to DNR surveys.
Perch numbers higher
The catch rate in the fall survey averaged 34.9 fish/net, which was the highest catch rate since 2013. However, the catch rate continues to vary dramatically from east to west. The catch rate of 15.6 fish per net in east Vermilion was an improvement from 2019 and was slightly above the 25th percentile. By contrast, the west Vermilion catch rate of 63.8 fish per net was the second highest ever observed in that basin.
The average length of yellow perch captured in 2020 was relatively small at 7.2 inches compared to historic averages. This was driven by very high numbers of 5 and 6-inch fish captured primarily in West Vermilion. The catch rate of fish 9 inches and larger, which are typically the size anglers prefer to harvest, was below average.