Twin Metals opponents lay out plan to halt mine

ELY— In a wide-ranging press conference last week, representatives of the Campaign to Save the Boundary Waters outlined their plans to block the proposed Twin Metals copper-nickel mine and …

Twin Metals opponents lay out plan to halt mine 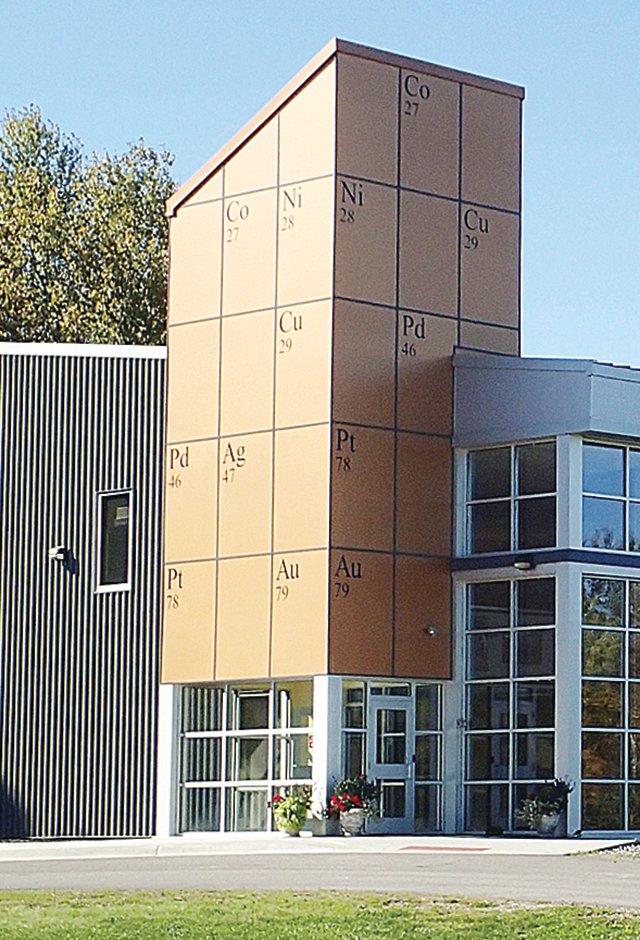 ELY— In a wide-ranging press conference last week, representatives of the Campaign to Save the Boundary Waters outlined their plans to block the proposed Twin Metals copper-nickel mine and achieve permanent protection from sulfide mining on 234,000 acres of the Rainy River watershed located upstream of the BWCAW.
Using a strategy that combines political advocacy and lobbying, building coalitions with the business community and outdoor enthusiasts, and litigation where necessary, the campaign has laid the groundwork to advance their objectives under a new administration and Congress that appears friendlier to environmental protection and sustainable economics than was the case for the past four years.
“We’ve been excited by a lot of recent activity and news,” said Alex Falconer, government relations director for the campaign during the press event.
While the path forward includes multiple steps, it appears that the campaign is advancing its cause. As the Timberjay recently reported, one of the campaign’s key lawsuits challenging the Trump administration’s decision to renew two federal mineral leases critical to the Twin Metals project has been stayed, at least temporarily, while senior Biden administration officials at both the Interior and Agriculture departments review the government’s position in the case.
Ely area businesses and the Wilderness Society, which had challenged the Trump administration’s decision to renew the two mineral leases, did not oppose the motion for a stay. The Justice Department requested the stay just ahead of a court-imposed deadline to file a brief defending the Trump administration’s position in the case. The Justice Department will now have until June 21 to file a defense motion or reverse the Trump administration’s renewal decision, which would likely end the litigation.
At the same time, the case challenging the Trump administration’s decision to reinstate the Twin Metals leases, after they were canceled in the final days of the Obama administration, is on hold while the judge decides whether to expand the administrative record. That case could become moot as well if the Biden administration review finds that Trump officials acted illegally in reinstating the canceled leases. While the district judge hearing the case, a Trump appointee, has sided with the administration, the case is now under appeal to the D.C. appellate court.
The legality of the reinstatement largely hinges on a legal opinion drafted by Daniel Jorjani, a longtime legal counsel for a conservative foundation funded by the Koch brothers. Jorjani became chief legal counsel for the Interior Department under Trump and, in that role, drafted a legal opinion that claimed that the Bureau of Land Management and U.S. Forest Service had no choice under the lease language but to renew the lease for another ten-year term. Jorjani’s opinion was at odds with opinions issued by previous government attorneys dating back to the Reagan administration, but it enabled the Trump administration to justify reinstatement of the mineral leases. Emails from the early days of the Trump administration suggest that renewing the leases was a high priority for the administration.
Push for mineral withdrawal
With the Twin Metals leases potentially on thin ice legally, the campaign is also pushing to reinitiate a proposed mineral withdrawal affecting that portion of the Rainy River watershed located directly upstream of the Boundary Waters Canoe Area Wilderness. The campaign gained a powerful advocate in that fight in U.S. Senator Tina Smith, who urged top federal officials in a March 28 letter to reinitiate a two-year study of the proposed withdrawal. That study would analyze both the economic and environmental effects of a 20-year withdrawal of mineral leasing on about 234,000 acres of the Superior National Forest, located outside the BWCAW.
A previous study, begun in the final days of the Obama administration, was abruptly canceled by the Trump administration just prior to completion and the administration blocked release of the findings.
As it stands today, any mineral withdrawal would not impact the two existing mineral leases controlled by Twin Metals, which are located within the area proposed for withdrawal. But it would prohibit the issuance of a third lease sought by Twin Metals as part of the company’s plan to mine for copper-nickel and platinum group metals along the Kawishiwi River watershed, near Ely. If the two existing leases are rescinded, either by the courts or the Biden administration, the prospects for the Twin Metals mine would effectively disappear, at least for the next 20 years. To date, however, Twin Metals has yet to release financial projections demonstrating that the project is economically viable.
Permanent protection
Even as the campaign pushes for a temporary mineral withdrawal, it is working to advance federal legislation that would provide for a permanent mineral withdrawal within the Rainy River watershed, upstream of the BWCAW.
In the U.S. House, the campaign has an influential ally in Congresswoman Betty McCollum, of St. Paul, who introduced legislation (HR 5598) which would permanently ban sulfide-ore mining on the 234,000 acres in question. McCollum now has 47 co-sponsors for her legislation, which passed the House Natural Resources Committee last year. That bill will be reintroduced this year and the campaign is currently seeking a Senate sponsor to host a companion bill.