Agencies decide not to renew mineral leases for mine project 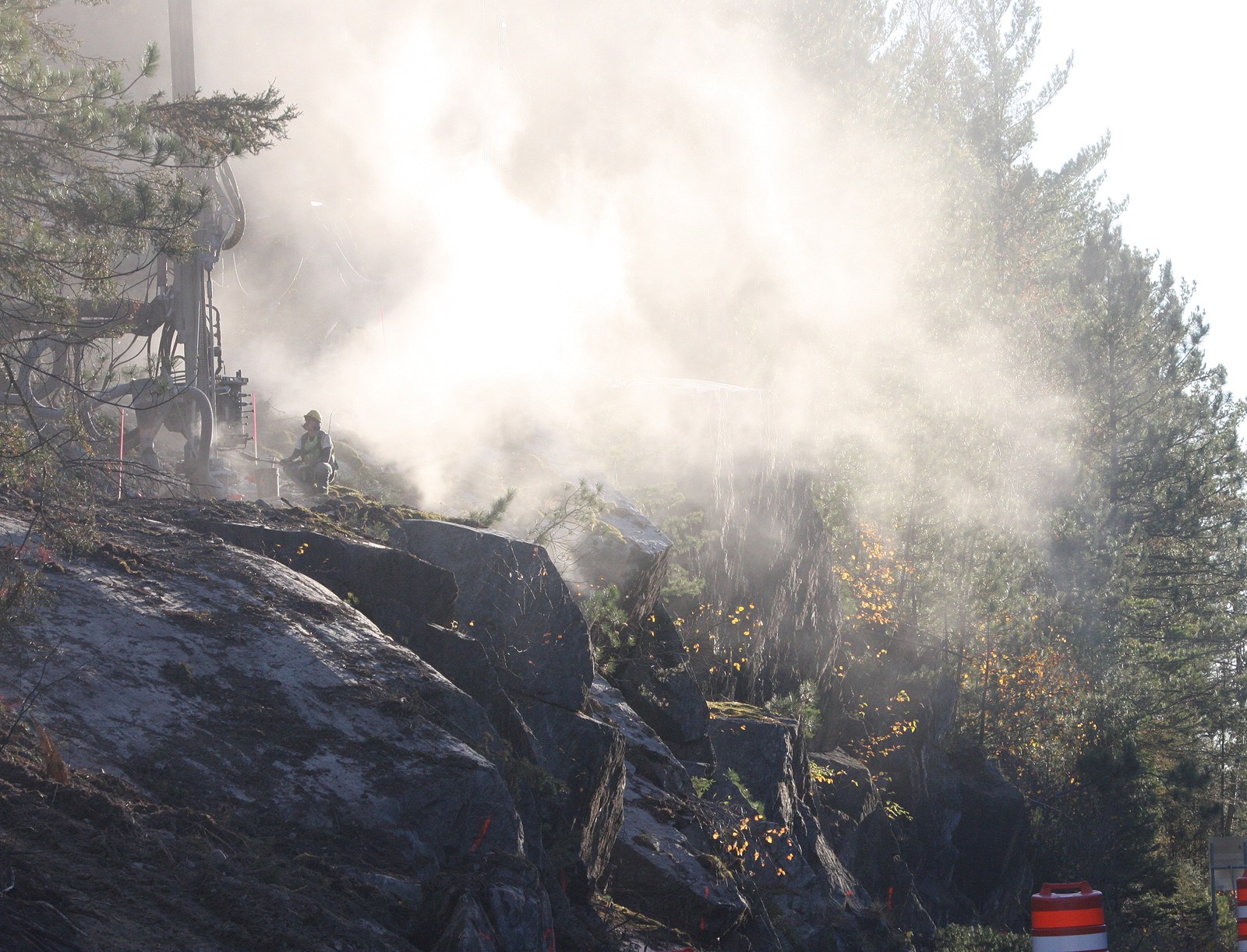 REGIONAL— The Obama administration has dealt a potentially fatal blow to Twin Metals’ proposal to build a copper-nickel mine near Ely.

Top officials in the Department of the Interior and Agriculture announced last Thursday that they will not be renewing two federal mineral leases that are critical to the project.

The decision is a major victory for a broad coalition of environmental groups that have fought an organized effort to stop the proposed mine, that would have been located within a major watershed of the Boundary Waters Canoe Area Wilderness.

Becky Rom, an Ely resident and chair of the Coalition to the Save the Boundary Waters, said she was elated with the ruling, but acknowledged that her organization’s fight continues. Twin Metals has mounted a legal challenge over the rights of the federal agencies to deny renewal of their mineral leases, so this week’s decision likely won’t be the final word.

Even so, supporters of the mining proposal expressed dismay at the decision. In a statement, Twin Metals said it was “greatly disappointed” and said it will have a “devastating impact on the future economy of the Iron Range.”

Eighth District Congressman Rick Nolan called it a “slap in the face and a punch in the gut,” by Washington bureaucrats. “This decision denies Minnesota’s Iron Range the opportunity to explore a project in the area that would bring thousands of new, greatly-needed jobs to our region,” he added.

Ely Mayor Chuck Novak said he was “extremely disappointed” and he questioned the legal basis for the decision. At the same time, he said the determination “wasn’t a surprise.”

But not every Minnesota political leader was disappointed. Gov. Mark Dayton, who had lobbied for denial of the mineral leases, called it “tremendous news” in a statement issued shortly after the announcement. “It is important to note that this decision is not in opposition to mining, but in defense of a pristine and priceless environmental wonder,” he said, in reference to the Boundary Waters. Former Vice President Walter Mondale also weighed in on the issue earlier this year, urging permanent protection of the wilderness from the threat posed by sulfide mining.

In addition to its decision not to renew the two federal minerals leases sought by Twin Metals, the Bureau of Land Management, which oversees the federal mineral leasing program for the Department of the Interior, also announced a two-year moratorium on the issuance of any new mineral leases on about 234,000 acres of the Superior National Forest located within watersheds that feed into the 1.1 million-acre BWCAW. During that period, federal agencies, including the U.S. Forest Service and the BLM will conduct an environmental impact study of the effects of a 20-year withdrawal of those lands from the federal minerals program.

“The Boundary Waters is a natural treasure, special to the 150,000 people who canoe, fish, and recreate there each year, and is the economic life blood to local business that depend on a pristine natural resource,” said U.S. Agriculture Secretary Tom Vilsack, who oversees the Forest Service. “I have asked Interior to take a time out, conduct a careful environmental analysis and engage the public on whether future mining should be authorized on any federal land next door to the Boundary Waters.” The review process will invite participation by the public, Indian tribes, environmental groups, industry, state and local government, as well as other stakeholders.

The BLM will review the withdrawal application and issue a notice in the Federal Register to segregate the lands – essentially, place them in a ‘time-out’ – for up to two years. During that time, the federal government would not accept new mineral exploration or development applications. A 90-day initial public review period will begin once the moratorium decision is published in the Federal Register. Should the BLM decide to withdraw the lands, it can only do so for a period of up to 20 years. Only Congress can legislate a permanent withdrawal.

Federal officials say that environmental concerns proved key to their decision to deny renewal of two longstanding federal mineral leases located along and near the South Kawishiwi River, in some cases within shouting distance of the wilderness boundary.

“It is well established that acid mine drainage is a significant environmental risk in a water-based ecosystem like the Boundary Waters because contaminated water could have dramatic impacts to aquatic life, sport fisheries, and recreation-based uses and communities,” stated federal officials in a release issued by the Department of the Interior.

“There’s a reason that the Boundary Waters is one of the most visited wilderness areas in America: it’s an incredible place,” said U.S. Secretary of the Interior Sally Jewell. “Today’s best available science is helping us understand the value of the land and water and potential impacts of development in places like the Boundary Waters. This is the right action to take to avoid irrevocably damaging this watershed and its recreation-based economy, while also taking the time and space to review whether to further protect the area from all new mining.”

The BLM originally issued the mining leases in 1966 to the International Nickel Co., or INCO, and has renewed them twice before. Under the original lease, the leaseholder has the right to seek three ten-year renewals, but the lease also required that actual mining commence within a set time limit, long since past, or the leases could be cancelled.

Twin Metals, which holds the expired leases, has applied for a third renewal of the permits and has argued that the renewal is “non-discretionary.” But the attorney for the Department of the Interior determined this past spring that the company has no automatic right to a renewed lease. That question is at the heart of a legal challenge that Twin Metals filed in September. Twin Metals officials argue that the original leases came with non-discretionary rights to three, successive 10-year renewals and that only two renewals have so far been granted. Twin Metals argues that it has invested more than $400 million to date in acquisition, exploration, technical, environmental, and other project development activities, all while relying on the federal government’s repeated affirmation of the validity of the mineral leases.

Federal officials argue that the original leases required the start-up of mining production as a requirement of renewal, yet no mine has ever operated at the site in the half century since the leases were originally issued.

Meanwhile, Ely-based Northeastern Minnesotans for Wilderness, have filed a motion to intervene in the case in support of the BLM. Twin Metals is currently opposing the group’s motion. A final decision in the overall case could take years.

The decisions announced last Thursday come just weeks before the new Trump administration takes over in Washington and many anticipate that could provide a sea change from the Obama administration in regards to the exploitation of public lands for oil, gas, and minerals.

Ely’s Chuck Novak said he’s not sure whether the change in administrations could reverse course on the Twin Metals leases or not, but he suspects the political fallout could be long-lasting. “It’s this issue that had the Range vote for Trump,” he said. “The most frequent comment I heard is, ‘we always vote DFL and what has it got us?’” he said.

Becky Rom said she doesn’t see the issue as partisan. “Republicans and Democrats have worked to protect the Boundary Waters for 100 years,” she said, noting that it was Republican Teddy Roosevelt who first offered legal protection for the area.

Rom said that while Trump’s pick for Interior Secretary, Ryan Zinke, of Montana, is a supporter of resource extraction, he has also stated publicly that some places aren’t a good fit with resource development. “He has been a strong supporter of land and water conservation, and he’s a hunter and an angler,” Rom said. “We will work with the new administration as a community to make our case,” she said.

Rom’s broad-based campaign includes a number of organizations focused on more traditional outdoor pursuits, such as the 10,000-member Backcountry Hunters and Anglers, which focuses on protecting wild public lands for outdoor recreation.

Others in the coalition say they believe their superior numbers will ultimately convince the Trump administration to take a similar position on the threat to the wilderness. “These actions happened because tens of thousands of people spoke up against locating a sulfide mine on the edge of America’s most popular wilderness area,” said Paul Danicic, executive director of the Friends of the Boundary Waters. “Now it’s critical that everybody who cares for the Boundary Waters join us and show the federal government how many people support permanently protecting the Boundary Waters from sulfide mining pollution.”