Editor's Note: An original version of this story stated that the Eighth District congressional debate in Brainerd was set to be held on Sept. 24. It is actually scheduled for Oct. 24. The Timberjay regrets the error.

REGIONAL— With the Nov. 8 general election just over six weeks from now, and early voting already underway, the candidate forum season is upon us and voters in the North Country will have … 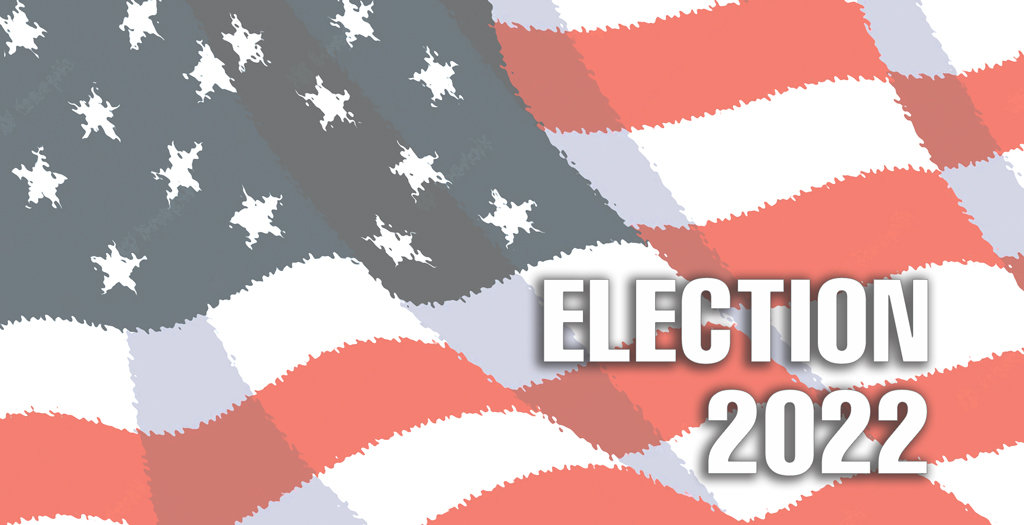 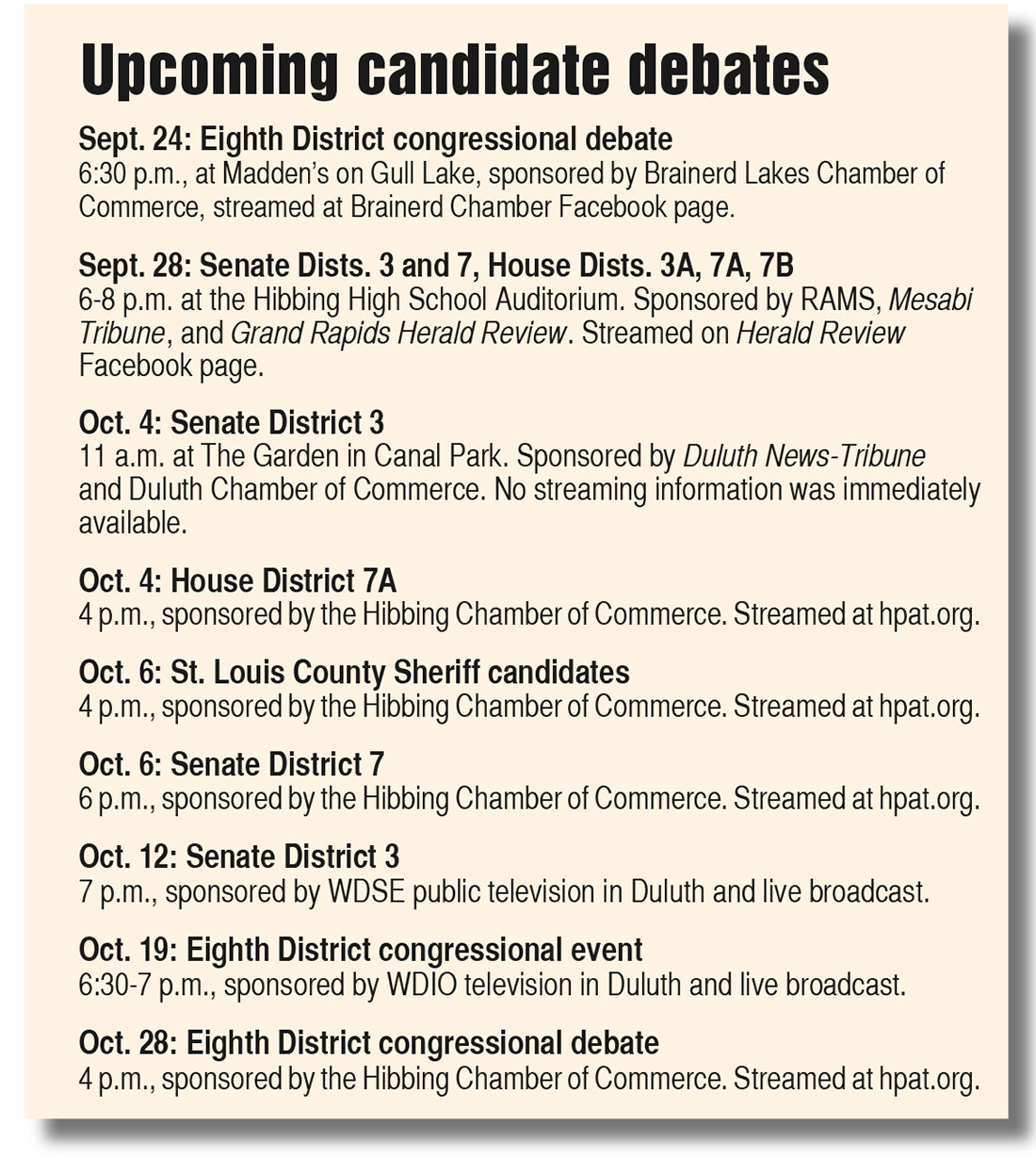 REGIONAL— With the Nov. 8 general election just over six weeks from now, and early voting already underway, the candidate forum season is upon us and voters in the North Country will have several opportunities to hear directly from the candidates in the coming weeks.
Upcoming debates will include legislative candidates, the two St. Louis County sheriff candidates, and the Eighth District congressional race.
It is shaping up to be one of the most hotly contested campaigns in the region in years, with a number of open seats and the additional uncertainty created by redistricting.
Perhaps not surprisingly, the debate over debates is underway as well. State Rep. Jen Schultz, of Duluth, who is challenging U.S. Rep. Pete Stauber in the Eighth District, has been critical of Stauber, who is now seeking his third term, for his decision to bow out of the Duluth News-Tribune and Duluth Chamber of Commerce debate, typically the most-viewed forum in the district. It’s the first time in the 12-year history of the DNT forum that a congressional candidate has declined to participate.
Schultz has challenged Stauber to eight debates but, to date, the Stauber campaign has only agreed to three, all of them late in the campaign season. The two candidates are set to meet briefly in person on Oct. 19, when they’ll take part in a half-hour-long candidate event to be broadcast on WDIO, in Duluth.

Next up is the candidate forum in Brainerd, set for Monday, Oct. 24. The event, sponsored by the Brainerd Chamber of Commerce, is being held at Madden’s on Gull Lake, beginning at 6:30 p.m. The two-hour event will be streamed live on the chamber’s Facebook page. You can find a link to it at brainerdlakeschamber.com.

They’ll also take part in a candidate forum sponsored by the Hibbing Chamber of Commerce at 4 p.m. on Oct. 28. That forum will have only a limited audience but the event will be streamed by Hibbing Public Access Television and can be accessed at hpat.org or through the Hibbing Chamber website at hibbing.org.
The Range Association of Municipalities and Schools will host a multi-candidate legislative forum on Wednesday, Sept. 28, from 6 to 8 p.m. at the Hibbing High School auditorium. Senate candidates from Districts 3 and 7 will be participating, along with House candidates for Districts 3A, 7A and 7B. The event will be moderated by Blois Olson of Fluence Media, a well-known political analyst and commentator.
The event, which is open to the public, will also be broadcast live via Facebook by the Grand Rapids Herald Review.
Two other state Senate forums for District 3 candidates Grant Hauschild and Andrea Zupancich are upcoming next month. The Duluth News-Tribune and the Duluth Chamber of Commerce will host a forum on Tuesday, Oct. 4, at 11 a.m. at The Garden in Canal Park. WDSE, the Duluth public television station, will host its own debate at 7 p.m. on Wednesday, Oct. 12.
District 3A House candidate Rob Ecklund said he expects the International Falls Chamber of Commerce will host one of its regular candidate forums, but a date had not yet been set as of presstime.
The Hibbing Chamber will be hosting at least three other candidate forums in the first week of October. House District 7A candidates Julie Sandstede and Spencer Igo will square off at 4 p.m. on Tuesday, Oct. 4. The St. Louis County Sheriff candidates Jason Lukovsky and Gordon Ramsay will debate at 4 p.m. on Oct. 6, and District 7 Senate candidates Ben DeNucci and Robert Farnsworth will face off at 6 p.m. All the Hibbing debates will be available for streaming at hpat.org.