The history of the Skala Bar...

TOWER- It could have been a Subway, or a realtor’s office, but instead Good Ol’ Days Bar and Grill hearkens back to exactly that, a bar named after an illustrious history.The third and …

The history of the Skala Bar... 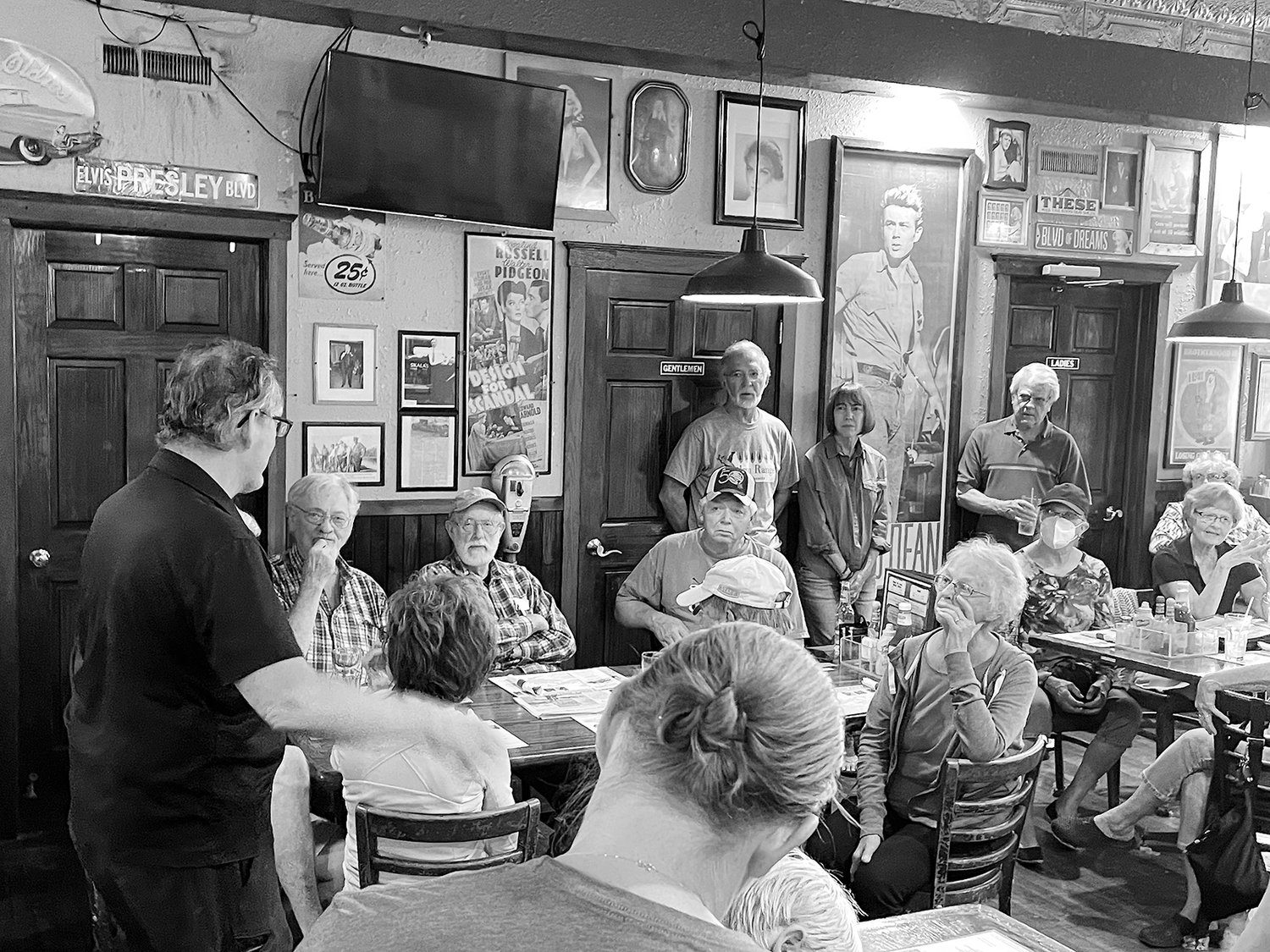 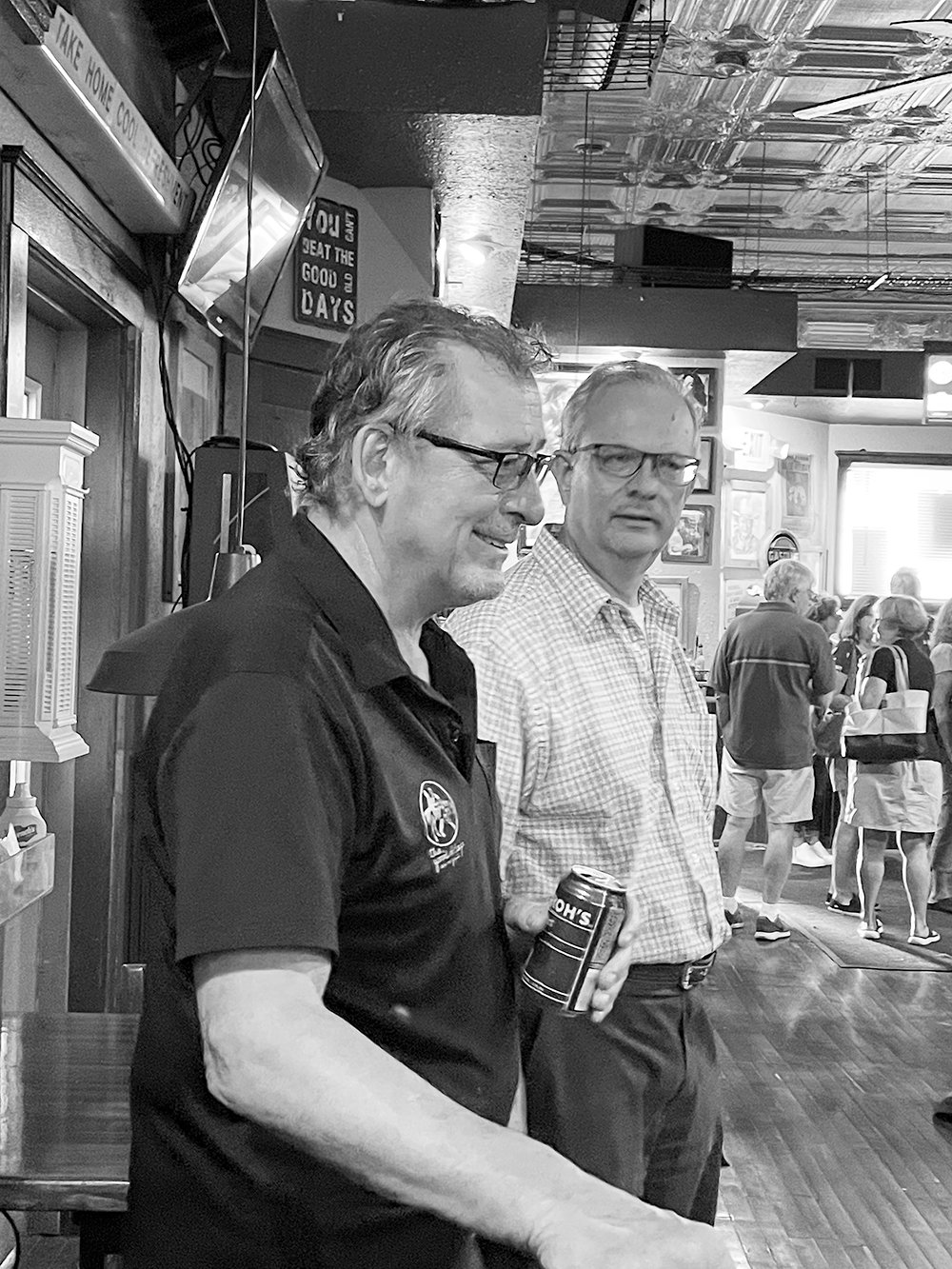 TOWER- It could have been a Subway, or a realtor’s office, but instead Good Ol’ Days Bar and Grill hearkens back to exactly that, a bar named after an illustrious history.
The third and final installment of the History Talks on Main Street showcased the Skala Bar story, as told by Randy Semo, the owner of Good Ol’ Days. His Main Street establishment is housed in the same building that once was home to the Skala Bar.
At the time, there were 22 taverns in Tower, and Jacob Skala’s namesake bar was number seven on the 1893 Tower treasury report list. The liquor license cost $500.
“I can’t imagine how many beers you had to sell to make enough money to pay that. Probably two cents a beer, right?” Semo added, incredulously. “I doubt it was more than that.”
The whole building is rife with history, having housed a laundromat and antique store as well. The laundromat still stands next to the 17-year-old Good Ol’ Days.
Good Ol’ Days might not be old enough to drink yet, but the building has seen its fair share of drinking throughout its illustrious timeline.
During Prohibition, the Skala Bar was associated with a truck bearing the same name that was rumored to have aided in bootlegging whiskey, hauled in five-gallon milk jugs across the Canadian border. “I don’t know for sure what they did with [the jugs], but this place wasn’t close so I [am sure you can] guess,” Semo joked.
After Jacob’s son, Matt Skala, sold the bar in 1965, the building was purchased by Ken Miller, who put in the still-running laundromat.
Records don’t indicate specifics on another owner until the 1980s when Dick Martin bought the building. Martin added both a bookshop and antique store to the mix. When Martin died, his wife remarried and sold the building to Semo.
“The only people I could get to rent this building were realtors, and we’ve already got 15 realtors in this town; I don’t want to see another one,” Semo said. “I tried to get Subway to come in here; I tried to get a lease. They wouldn’t agree to it.”
Having grown up in a Michigan town with 88 bars on the Main Street drag, Semo was no rookie concerning the establishments, and he decided to turn the space into a bar.
He designed it after “any old bar in early Wisconsin.” Specifically, he designed the curvature of the bar with grill on the other end. “Theoretically, one guy can run this. You can cook, serve your customers beer, that was the idea behind it. But, it didn’t ever work out that way because we’ve always been too busy,” Semo added.
The walls are adorned with photos that mark the passage of time, which he proudly showcased at the end of his talk. Acting as tour guide, he pointed out the photo of the Skala truck that is still running to this day in the Lower Peninsula of Michigan.
He fixed on a couple of photos of Al Capone and told the story of Capone’s crew staying at Idlewilde Resort on Isle of Pines. The photograph shows several members of Capone’s gang with “a whole bunch of fish and a local guide.”
Another photograph showed Jesse Swanson with Al Capone, whose doppelganger grandson came into the bar many years later. “It’s just eerie how they looked exactly alike, and that’s the first time he’d seen that picture; he’d heard about it from somebody that it was here,” Semo explained.
But perhaps the closest to his heart is a photograph of a group of 80-90 veterans, sitting on the grassy bank on the side of the high school football field. Most still have their uniforms on, which implied to Semo that they were freshly returned from World War II, dating the photo from August or September of 1945.
Semo has a soft spot for veterans, so he set to work attempting to find the identities of everyone in the photo. He spent months tracking down all the information and was able to find all but two.
“If you live in this town or have lived in this town you’re going to have a relative in that picture,” Semo noted.
One day, he decided to take the photo to get enlarged. When he took the frame apart, he learned there was a list of the people on the back of the photograph.
“Yeah, we did a lot of work, a lot of work, a lot of hours, and we took it apart and there was a list there. I couldn’t believe it. We only had a couple wrong!” Semo laughed.
The history-buff-turned-bar-owner is understandably proud of his historic building that has stood in the community for so long. The building that’s still sporting the original 1892-ish hardwood floor has definitely seen plenty of the “good ol’ days” both tame and tart.
“I like to say a lot of horses and whores went across that floor,” Semo laughed.
Semo said he was surprised at the crowd that attended the talk, filling the bar to standing room only.
“I had no idea it was going to be such a big deal,” he said afterwards. “People were genuinely interested in the history, and I am certainly no expert.”
Semo said some in the audience at the talk added more stories, including tales about bars located in Finntown, outside of Soudan. He said if he does a similar talk in the future, he would invite others with knowledge of the era, including the son of Matt Skala, the bar’s former owner, who lives across the street from Good Ol’ Days.