The blob of many colors

The more we learn about slime molds, the stranger they appear

Back in my college years, I spent a year at the University of Oregon in Eugene, which was where I first became aware of the unusual nature of slime molds. My soon-to-be-wife Jodi and I lived in a …

The blob of many colors

The more we learn about slime molds, the stranger they appear 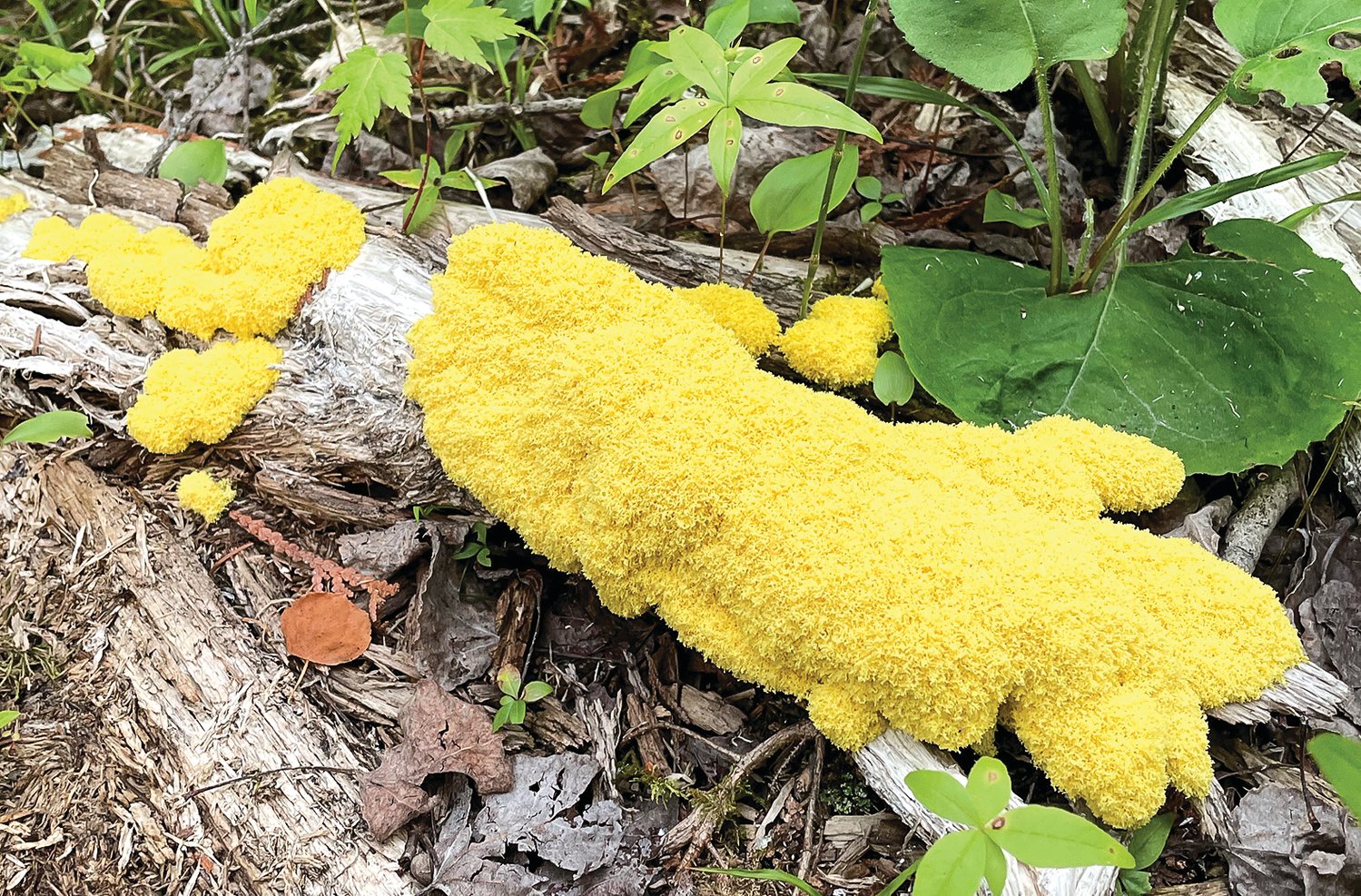 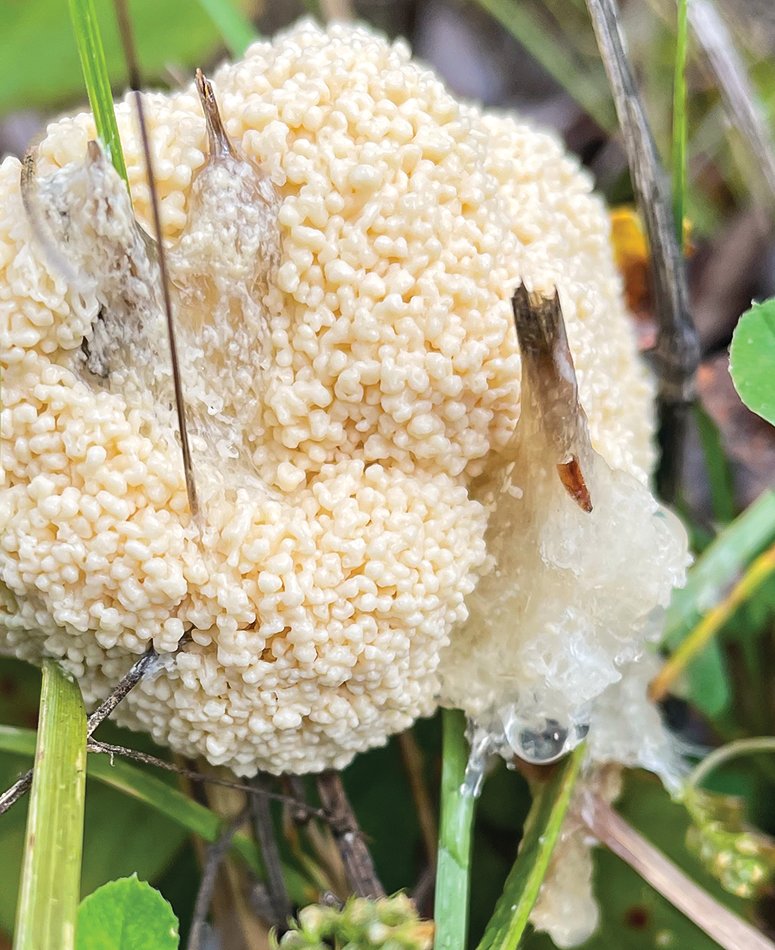 A different variety of slime mold was photographed last week. This one appeared elevated off the ground on grass stalks. These “growths” are actually collectives of millions of single-celled, amoeba-like creatures that normally go about their business independently, consuming organic matter for food.
M. Helmberger
Previous Next
Posted Wednesday, October 20, 2021 5:41 pm

Back in my college years, I spent a year at the University of Oregon in Eugene, which was where I first became aware of the unusual nature of slime molds. My soon-to-be-wife Jodi and I lived in a small house near campus that winter and, like a lot of student housing, the place had its issues. It was the slime mold that came through the window rail in our bedroom that winter that told us we could add rotting windows to the list.
The soft yellow blob oozed its way through the window and spent a couple months there, before developing fruiting bodies and subsequently drying up as weeks of winter rain turned into a pleasant spring, along about February.
I’ve paid attention to slime molds ever since. While Oregon’s oh-so-wet but mercifully short winters make great conditions for slime molds, it turns out they are remarkably versatile and widespread, being found on every continent on Earth save for Antarctica. We have lots of them residing here in the North Country.
Yet, to say they are unusual hardly tells the tale.
To this day, even those who research slime molds aren’t entirely sure what they are, or at least how they relate in evolutionary terms with the rest of life on this planet. For years, scientists classified slime molds as fungi. They aren’t classified that way any longer, but that’s about as much as scientists can say with agreement. Some lump them with protists, while others think they are better lumped with amoebas.
Regardless of how they’re classified, slime molds are all around us, but they usually aren’t very obvious. For the most part, they live as microscopic, single-celled organisms in the soil, or your lawn, or the forest leaf litter, where they slowly move along, ingesting organic matter along the way. They only “appear” in a way that we can detect on the rare occasions when they assemble en masse, usually during periods of food shortage, when the organisms assemble to procreate. Such an assemblage is known as a plasmodia and they can appear in a variety of colors. A bright yellow variety, which has been unceremoniously named “dog vomit slime mold,” is often seen in our area. I found one last week, growing in the grass along a roadside, that was a tannish-white, although they can appear in pink, purple, and gray, depending on the variety. The texture is soft, gel-like, and almost drippy at times, often with many folds that can give the slime mold a brain-like appearance.
When assembled, this collective of millions of once-independent cells begins to act like a single organism. Some of the cells convert themselves into fruiting bodies, known as sporangia, which will produce the millions of spores that will perpetuate the next generation of the slime mold.
Surprisingly, slime molds get even weirder. Many scientists who’ve studied slime molds agree that, once assembled as a collective, they seem to maintain a kind of intelligence, which is remarkable given that they are absent a brain or any of the neurons that we have traditionally believed were essential to intelligence. Yet, just as we’re now starting to recognize that plants have a form of collective intelligence, or at least an ability to communicate, it is becoming clear that slime molds can be remarkably smart when it comes to certain tasks, like finding food in the most efficient manner possible.
One truly evocative study placed a small bright yellow slime mold collective atop a map of Canada. Then, the researcher placed rolled oats, which slime molds really like, on top of the map, located at each of the major Canadian population centers. The slime molds could somehow detect the presence of the rolled outs and sent threads of bright yellow cells out to make contact with each of the food sources. By the time the slime molds had contacted all of the oats, the yellow threads were a nearly perfect overlay of the Canadian highway system.
The study wasn’t just a fluke. Researchers have recreated similar experiments and have found that slime molds are remarkably efficient— at least as efficient as a highway engineer— at finding the shortest path between two food sources. How they do that without eyes or any other of the senses we understand remains a feat that still puzzles researchers.