Ted the Bear goes to the dentist

ELY - Ted, the beloved 24-year-old resident of the North American Bear Center here took a trip to the dentist last week. Getting a 700-pound black bear to agree to taking such a trip was no easy task …

Ted the Bear goes to the dentist 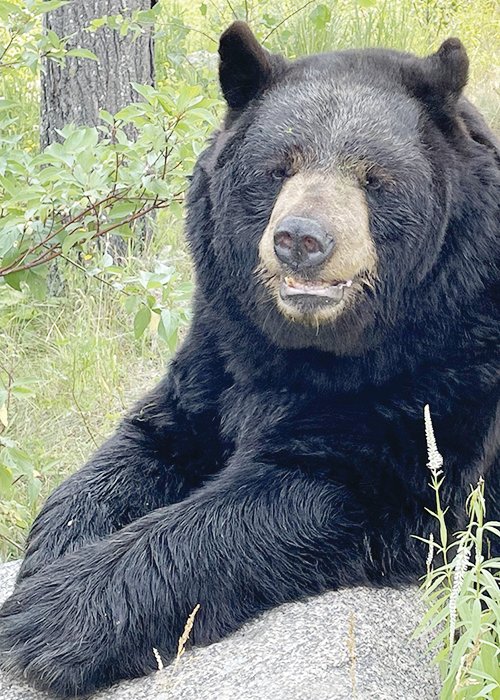 ELY - Ted, the beloved 24-year-old resident of the North American Bear Center here took a trip to the dentist last week. Getting a 700-pound black bear to agree to taking such a trip was no easy task for the NABC staff.
“Ted’s local veterinarian has been treating him for an abscessed tooth and he felt he needed further treatment and a thorough dental exam,” said Scott Edgett, senior director at the NABC. “The University of Minnesota’s Large Animal Hospital, where specialists in large mammal dentistry could evaluate and treat his decaying teeth in a controlled medical environment, was the best place.”
Ted was scheduled for an exam and treatment last Friday and took the road trip to Minneapolis last Thursday afternoon. “Ted’s local vet went with him to Minneapolis and was part of the treatment team,” Edgett said.
“As you can imagine, transporting an almost 700-pound bear four hours away is no easy task,” he said. “Many people from around the state stepped up to help and arrange for transportation. The Minnesota Zoo loaned their large animal transport cage to us so we could safely transport Ted. Many volunteers made the eight-hour round-trip to pick up the cage and helped with his transportation and returning the cage back to Minneapolis.”
Ted was moved into the transportation cage last Thursday afternoon. “It took a few attempts to get him in the cage since this was all new and unfamiliar to him. After allowing Ted to relax for a little while, we called upon the ‘Bear Man’ for help,” Edgett said. Senior Bear Keeper Sharon Herrell and Dr. Lynn Rogers worked their magic. As usual Ted greeted Dr. Rogers with his friendly grunts, took food from his hand and walked right into the cage.
Ted spent the evening supervised in the crate inside a box truck. “The plan was for the team to leave Ely in the wee hours of last Friday morning and head to Minneapolis to make his 8:30 a.m. appointment,” he said. “The team did an outstanding job, from coaxing Ted into the cage to operating the folk lift to move him into the truck and providing support for Ted.”
In an update late last Friday, Edgett said Ted was on the road again and headed back to Ely. “All went well. However, they did have to extract six teeth.” Ted was back at the Ely Bear Center by 11 p.m. The team had a very busy day, and they were glad to get Ted settled back in his enclosure.
After a veterinarian check on Saturday afternoon, Ted was given a reversal drug to help him come out of the anesthesia. “Not soon after administration of the drug, Ted got up and made his way to his Chalet where he was raking and making himself comfortable,” Edgett said.
On Sunday, Herrell gave Ted some juice, applesauce and peaches along with his medication. “He continued to adjust his bedding to his liking and has been napping on and off,” Edgett said. “We are so thankful for Ted’s vet team and all of his caregivers. We are also so thankful for all of the support from Ted’s fans.”