Speaking out on wilderness protections 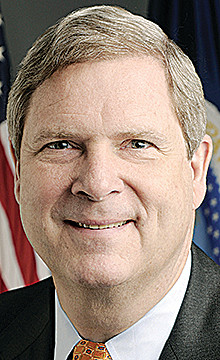 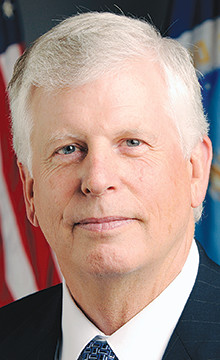 Those officials, including former Forest Service Chief Tom Tidwell and former Superior Forest Supervisor Brenda Halter, were together in Minneapolis this week for the 40th anniversary celebration of the 1978 BWCAW Act, which expanded the boundaries of the federal wilderness area and significantly restricted motorized use there.

During their visit, the three took time to talk to the Timberjay by phone about what they see as opportunities lost by the Trump administration’s recent decision to reinstate mineral leases for the proposed Twin Metals copper-nickel mine near Ely and end a study of a possible mineral withdrawal across a wide swath of the Superior National Forest. Both of those decisions came in the final weeks of the Obama administration.

Vilsack, who oversaw the Forest Service as head of the Obama USDA, said he wasn’t surprised by the Trump administration’s decision, but had hoped that the administration would have used the opportunity of the withdrawal study to better understand the economic trade-offs involved with the Twin Metals project.

“When Trump took office, his focus was clearly on jobs,” said Vilsack. “In that sense, it was not surprising that they reversed our decision.” Yet Vilsack said the Trump administration got it wrong by putting its faith in the potential for mining jobs down the road, even as a growing body of evidence suggests that the economic benefits of protecting the BWCAW watershed from copper-nickel mining would outweigh any economic boost from a mine.

The study, released earlier this year by two Harvard economists, ran 72 separate scenarios through a standard economic model and concluded that, over a 20-year period, an economy based on outdoor recreation and the region’s natural amenities would provide more jobs and greater income in the Ely area in 69 of the 72 alternatives studied.

“That would have shown the true tradeoffs,” said Tom Tidwell, who commissioned the withdrawal study as Chief of the Forest Service. “Whenever you stop studying something, it raises the question: Why not seek more information?”

While many supporters of the Twin Metals project argue that the Ely area can have both mining jobs and maintain and grow its outdoor recreation economy, Brenda Halter disagrees. “I don’t think you can have a mine and a protected Boundary Waters. We know it’s a very high-risk activity and that somewhere along the line, there is going to be some kind of catastrophic, or even a gradual, release of pollutants into the wilderness. And this isn’t a place where you can put your finger in the dike.”

Halter said she understands the desire for good jobs in northern Minnesota. “I get it; I wanted my good-paying job. We want the same things, but we need to figure out what is the best way to do that.”

Which is why Halter was so disappointed in the decision to halt the withdrawal study. “That gave us an opportunity to pause and make a thoughtful decision.” While the Trump administration indicated that there was no new information to review, Halter said that wasn’t the case. “There was a lot of new information, good information, that would have provided for a solid, science-based decision.”

For the Trump administration, the issue of copper-nickel mining has been front-and-center of the president’s divisive political pitch in Minnesota, pitting miners against environmentalists.

Tidwell noted that his agency had tried to set aside the emotions that tend to surround Boundary Waters controversies and really develop a fuller understanding of which direction made sense, and whether the risks of copper-nickel mining upstream of the BWCAW were simply too high.

Tidwell, who spent most of his 41 years in the Forest Service working in the western U.S., said he has experience working with similar mines in Nevada and Montana. “Sulfide ore, when exposed to air and water, converts to sulfuric acid,” said Tidwell, and the acid drainage that such mines have generated has created historic legacies of pollution all throughout the West. “We have almost always had problems with these types of mines,” he said, even in more arid regions.

Tidwell said his first view of the Boundary Waters was from the air and he said he was struck by the immensity of the wilderness as well as the prevalence of water on the landscape. “The idea of having any kind of large-scale mining operation in an area of so much standing water is problematic,” he said. “Look, the Forest Service has a long history of approving mining projects. Our decision didn’t come from a position of opposing mining. But there are places where the science is so clear. And this is just not a good place to mine.”

Halter echoed Tidwell’s comment, noting the Forest Service’s longstanding mandate for multiple use. “We have worked hard as an agency to maximize opportunities for industry and the public on the national forests. But just because we have the multiple use mandate, doesn’t mean that all things can happen in every place. This is simply not the place.”

For Tidwell, it comes down to the fundamental question of how decisions will get made in the U.S. in the future. “I worked for a variety of administrations, but when I look at the decisions that I made as chief, it was always driven by science. The decisions weren’t made until the information was gathered and the public had a chance to offer its opinion.”

“I think there is a bigger message here,” said Vilsack. “About whether we are going to respect and follow science generally in this country. The public needs to understand what’s at stake if we as a nation disregard the scientific process.”

Vilsack said that in his experience, agency decisionmakers throughout the federal government work hard to make the right calls, based on the results of their established process. “They’ve been dedicated to going where the facts lead,” he said. “There are significant risks we run when we move away from that.”

It leaves a question for the public, said Vilsack. “The people have to decide whether science needs to be respected. Or whether it’s the wild West and anybody’s belief can be the basis for a decision.”