SOUDAN- Most people’s gardens feature flowers and vegetables, but Gary Culbert, of Soudan, has also patiently added an artful mix of rocks to his backyard landscape.Culbert, mostly known for … 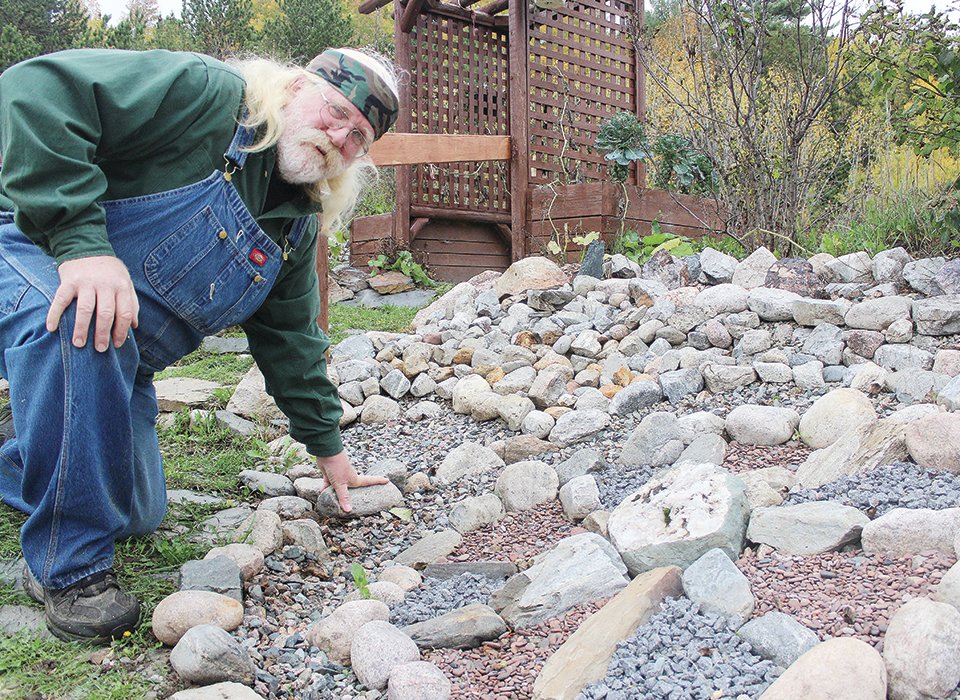 Gary “Daddy Willow” Culbert has transformed the sloped yard at his home in Soudan into an artistic rock display.
J. Summit 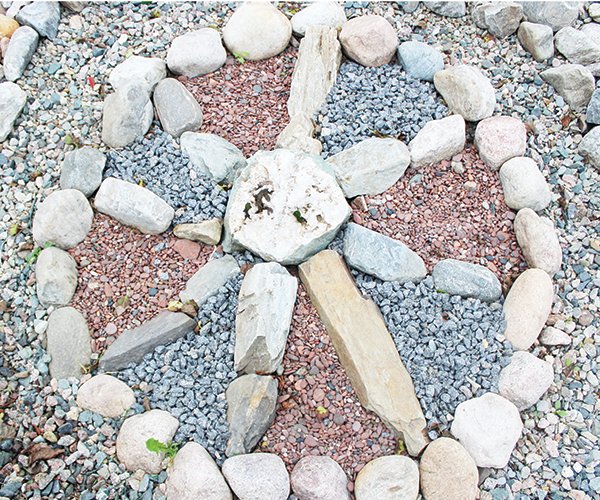 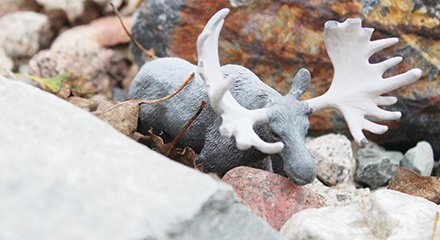 Small items such as this moose serve as accent pieces.
J. Summit 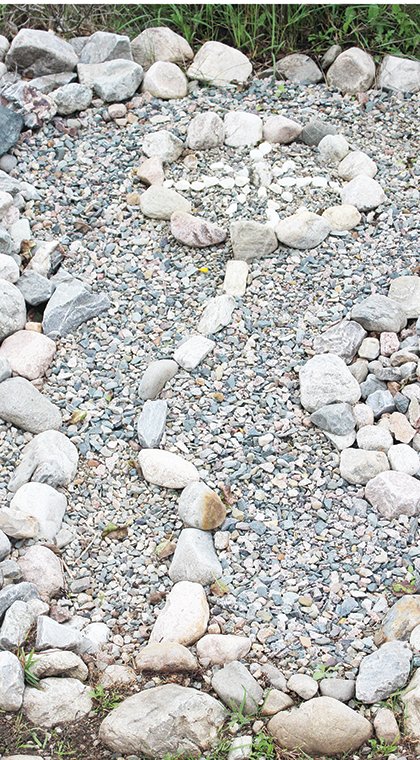 SOUDAN- Most people’s gardens feature flowers and vegetables, but Gary Culbert, of Soudan, has also patiently added an artful mix of rocks to his backyard landscape.
Culbert, mostly known for his willow furniture artistry, is affectionately called “Daddy Willow” by many of his friends and neighbors. His willow furniture was often on display in front of his house on Soudan’s Main Street, and he said he made many sales to tourists visiting the state park. At 67 years of age, he has led a busy and varied life, working in the oil fields in Alaska, driving semi-truck and school buses, selling real estate (yes, he’s related to those Culberts), and building furniture.
But beyond that resume, Culbert is also a gardener and amateur landscaper.
“I moved to Soudan in the late 1990s,” he said, “and my house just had a tiny flower garden right behind the house.”
Culbert soon added some large vegetable beds to his backyard, which sloped downwards and tended to be wet, and rimmed the outer slopes with lilac bushes. He built out a large deck behind his house and garage, adding raised vegetable beds to complement the other garden beds in the yard below. He installed a watering system to keep his plants happy, and added apple trees and grape vines.
He shares his garden bounty with his six children, nine grandchildren, and one new great-grandchild, as well as many neighbors and friends, some of whom help with tending the garden when he is out of town.
But a garden wasn’t the answer for a curvy slope that bisected his yard that was too tough to mow or cultivate.
So, in 2007, he ordered a 10-yard load of rocks from Seppi in Virginia and started spreading them on the slope. This first load kept him busy for a while, and somewhere along the way he realized he could make patterns, using sizes, shapes, and colors to create lasting designs.
“My initial plan was just to use plain rock on the slopes,” he said. “But slowly it became this. Now I look at my yard and ask myself, I did this?”
The rock garden was completed this year, more than 10 years after he made his first design.
His first large pattern was a medicine wheel with a pretty chunk of quartz in the center.
“The day after I finished that, it snowed,” he said.
But the next spring, he kept at it. Working more some years than others, he finally completed the project this year.
The designs were created mostly with found rocks, some from the shores of Lake Superior, others found closer to home. He purchased a few more loads of small rock and pea gravel.
The rocks are light and dark, earth tones and reds, featuring some of the iron-rich rocks found in our area.
Some rocks sat for years before he found the perfect use for them. Other rocks suggested designs from the start. But what all these rocks have in common is that they were placed one by one, by hand.
“I was beachcombing and found a rock that looked like an ear,” he said, “and then finally I found another.” The two matching ears grace a small human figure who is holding a flower.
Culbert used landscaping fabric as an underlayment at the start, but then switched to pieces of rubber roofing, which is less likely to let weeds spring up. As for eliminating weeds that sprout up among his rock creations, he uses a combination of vinegar, salt, and soap, applied a few times each summer.
The rock garden includes a fire pit in the center with lawn chairs and several benches so that Culbert and his friends can sit and enjoy the view.
And no sooner than the rock garden was completed, it may soon have new owners. Culbert is moving to a small, off-the-grid cabin on land he owns in Embarrass, and plans to put the Soudan house on the market soon.
“I hope whoever buys my house will keep it going,” he said.
The gardens are shielded from the street, but his neighbors have come to enjoy it. Two young boys who live next door like to hide tiny figurines among the rock, adding to the more understated tiny animals that Culbert has placed near some of the designs.
Culbert’s wife Kathy, a well-known local fiber artist, and basket-maker, died in 2013. She was an active member of the Range Fiberarts Guild and taught local community education classes.
He definitely will be putting in gardens, both flower and vegetable, at his new homestead, and planting apple trees, but has no plans as yet for a second rock garden there.
Gary would welcome tours of his rock garden. If anyone is interested, please email Jodi at editor@timberjay.com and we will forward your contact information.