I tested the Thermacell E55 to see if it lived up to its promises. For the most part, it did

Imagine if you could spend a nice evening on the patio or the back deck and not be accosted by clouds of mosquitoes, in June, here, in the North Country. And without resorting to those nasty foggers …

I tested the Thermacell E55 to see if it lived up to its promises. For the most part, it did 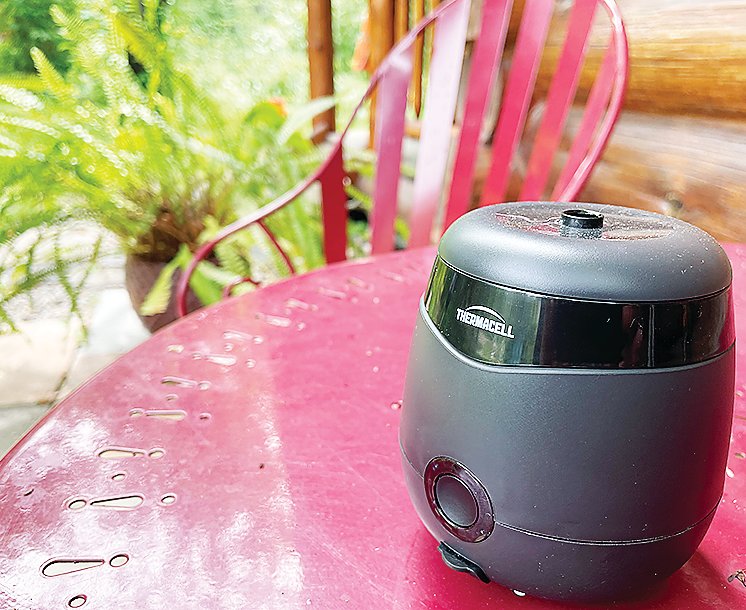 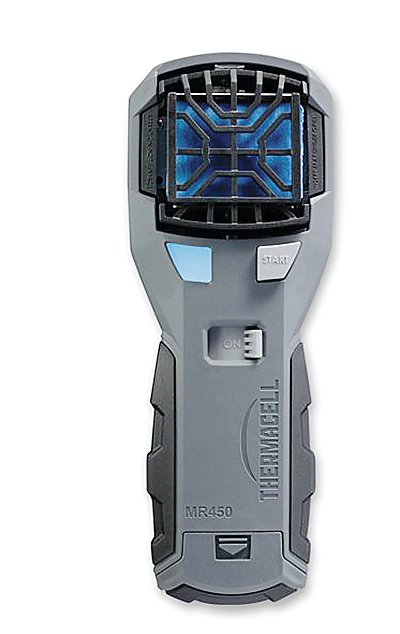 Imagine if you could spend a nice evening on the patio or the back deck and not be accosted by clouds of mosquitoes, in June, here, in the North Country. And without resorting to those nasty foggers that kill insects, even beneficial ones, indiscriminately.
Sound far-fetched? Maybe not.
I’ve been testing a new version of a product that’s been around for a while, known as a Thermacell mosquito repellent device. I’m not a gear junkie and rarely research such things, so I hadn’t heard of it until my wife Jodi (who does like to shop for gear) ordered one of these devices after reading about it on Wirecutter. If you haven’t heard of Wirecutter, it’s a product review service operated by the New York Times and they’re pretty thorough. They had tested a long list of mosquito repelling options and the new Thermacell E55 wound up as their overall winner.
We already knew this was going to be a bad year for mosquitoes, so I was interested to give it a try. I’m always skeptical that the latest and greatest will work any better than anything I’ve tried in the past, which is one reason I don’t generally shop for gear, but reviewers at both the New York Times and Outside magazine, insisted the thing really worked. I figured it might work on those effete eastern mosquitoes. But what about those beasts that inhabit the margins on the Lost Lake Swamp? Those are some pretty tough customers.
Before I tell you how it worked, let me tell you a bit about it. The device is slightly larger than a softball, and it’s designed to sit on a flat surface, like a table on your deck. It operates on a rechargeable lithium-ion battery, which provides a source of heat to volatilize a mosquito repellent known as metofluthrin, which is a chemical, derived from chrysanthemums, that has been thoroughly vetted by the Environmental Protection Agency and determined to be safe at the levels you would be exposed to sitting near one of the devices. That’s why the EPA has found the chemical to be “practically non-toxic to mammals and birds,” according to Wirecutter.
The American Mosquito Control Association has found metofluthrin to be highly effective in repelling mosquitoes within a certain range. The Thermacell E55 promises to create an exclusion zone encompassing a 20-foot radius, which would be sufficient to enable you and a couple friends to enjoy a mosquito-free evening in the yard. You should place the device where you plan to sit and turn it on about 15 minutes before you plan to be outside to get the maximum effect.
Does it work? It works better than anything I’ve ever used before, although it has certain limitations.
The good news is that when the air is calm, which helps to concentrate the repellent effect near the device, it is remarkably effective. I’ve spent considerable time testing it from our front patio, where I’ve now been able to sit in the morning almost entirely free of mosquitoes. I’ve tried turning it off during those experiments, and after about five-to-ten minutes, the mosquitoes returned in large numbers. I subsequently turned it back on and the mosquitoes vanished again just as quickly. I was impressed enough to want to spread the word.
It won’t keep every mosquito away under every condition. I tried it on a recent cool and drippy morning (when the mosquitoes were swarming outside) and using the device I was able to sit out on the patio without being driven inside, even though the occasional mosquito did buzz me.
But without the device, I would have quickly had a cloud of mosquitoes around me. It’s the worst mosquito year in our neighborhood in probably a decade, so being able to tolerate sitting outside on a damp morning— normally prime time for mosquitoes— was amazing.
I didn’t test it on a windy day, but other reviewers have said its effectiveness wanes the windier it gets. Of course, a good breeze can help keep mosquitoes at bay as well. It’s those calm mornings or evenings that can really draw them in.
The Thermacell won’t kill the mosquitoes, so if you’re just looking for revenge, it might not satisfy you. Unfortunately, most the of the devices or foggers designed to kill mosquitoes kill everything. In an era when we know more than ever before about the benefits of many, if not most, insects, it seems that indiscriminate slaughter is entirely inappropriate. If we can simply keep the mosquitoes at bay while we’re outside, why would we not let the other insects alone?
As for other limitations, the Thermacell is not designed to provide you protection if you’re hiking or walking in the woods. It’s probably not sturdy enough to toss in your pack for a Boundary Waters camping trip. But Thermacell does make sturdier, portable devices, such as the MR 450, which were also rated as highly effective for use around a camp or in a hunting blind. I’ve already ordered one for when I’m out photographing wildlife. When you’re sitting still for long periods deep in the woods, it can require considerable discipline at times to not run away screaming.
One unanswered question in my mind is how well any of these devices work on deer flies, which have yet to really emerge in large numbers around our house so far this spring. Most reviews I’ve read suggest that it’s less effective against various types of flies. Which just means that Thermacell probably hasn’t rendered the good old-fashioned screen porch obsolete.

January was mild, and among the gloomiest ever

Canada jays may be a victim of a warming climate