ELY – An official ground-breaking ceremony was held this week to commemorate the beginning of work on the $20 million school renovation project for ISD 696, but questions swirled in this … 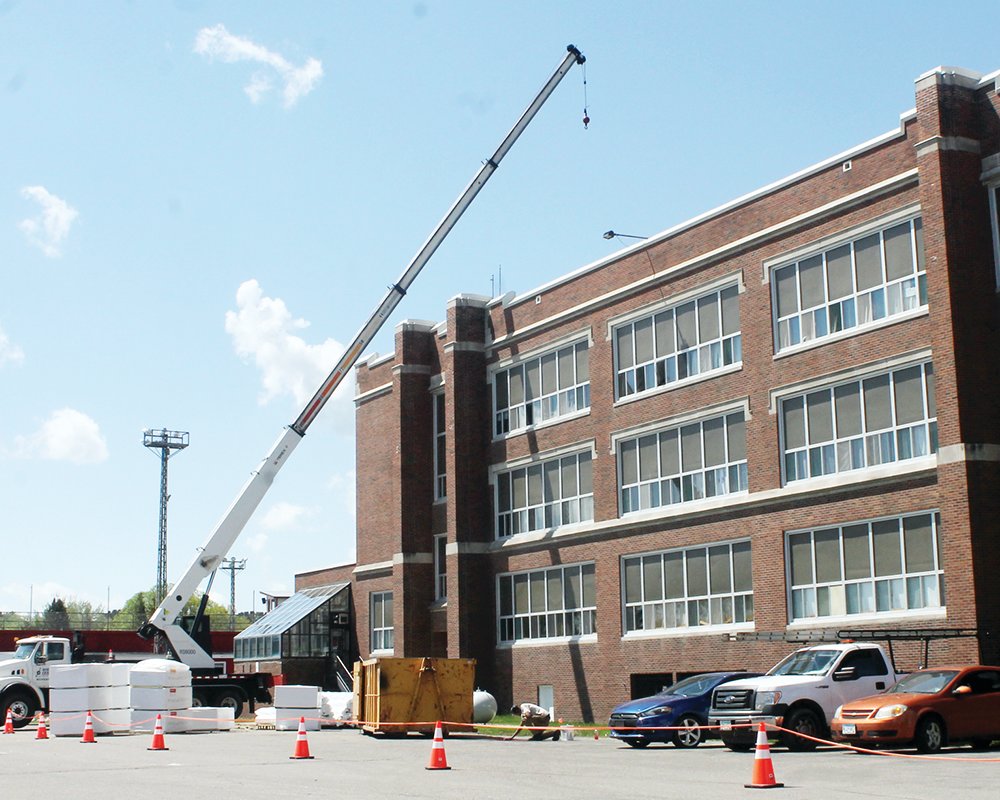 A new roof is being installed this week on the Memorial High School building.
K. Vandervort
Posted Wednesday, May 26, 2021 5:46 pm