ELY – New stores are opening and current stores are relocating as this community experiences a retail business reset that hasn’t been seen in a long time.With exploding material costs and … 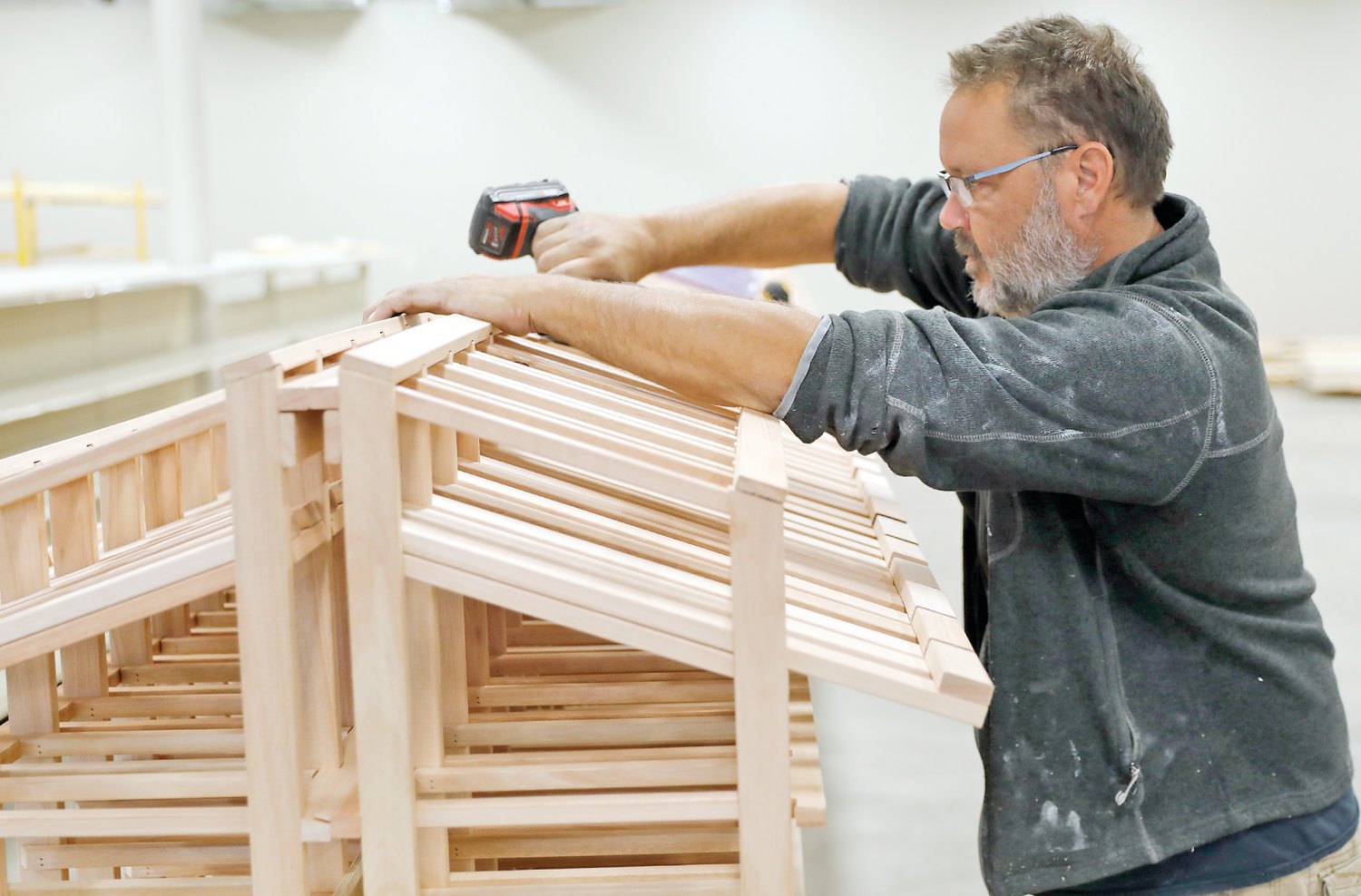 ELY – New stores are opening and current stores are relocating as this community experiences a retail business reset that hasn’t been seen in a long time.
With exploding material costs and labor shortages, delays seem to be the new normal as communities look to return to some kind of stability. Nonetheless, the retail climate in Ely is improving.
The opening of this community’s new grocery store has been pushed back again. Owner Jimmy Zupancich said this week that he hopes to be open by the end of the month. The newest delay is due to continued back-ordered building materials.
The last day shoppers can use the existing Zup’s Market location is Monday, Oct. 11. Employees and shoppers will cram into the Northland Market for a few weeks, until at least Wednesday, Oct. 27, the new date for the opening of the new store, unless it gets pushed back again.
On Monday, Zupancich sounded optimistic.
“Our Zup’s crew and Northland crew will be working together at the Northland store for two weeks, and we hope to have a soft opening on Oct. 27,” he said. “We have cases from the Northland store going to the new store that day, and it will be a bit chaotic to begin with.”
Product placement at the new store started last week.
“The honey man comes up here every two weeks or so, and he wanted to place his product, so he was the first one in,” Zupancich said. “He even added a few new products.”
He continued to lament the materials shortage and delivery delays.
“We’re waiting on shelving and equipment. We’re going to open with the best that we can do, and once we get everything in place and we’re running full bore and perfectly, then we will have a grand opening celebration. That may not be until December or maybe in January,” he said. “I hope people can bear with us as we put in cases on the day we open.”
Zupancich bought the former Shopko store last year and is nearing the end of a multi-million-dollar remodeling and expansion project that will combine his store and the Northland Market into one facility. It will also house a pharmacy, run by Essentia Clinic, and a liquor store. The liquor store will likely open in early November and the Essentia Pharmacy started paying on their lease on Oct. 1.
“They should be open soon,” he said.
“The few people who had a chance to see the new place said they were very pleased with how it looks and all the space. All the salesmen and all the employees all chipping in together to open this store in the next couple of weeks will be a great thing,” Zupancich said.
On top of everything else, Zupancich said he heard from MnDOT that the store sign on Sheridan Street is likely hanging over the right-of-way.
“The Shopko sign was there for years, but we will have to adjust that signage,” he said.
Meanwhile, Jay Poshak, the owner of the J&L Hardware and Ben Franklin stores here, doing business as Eagle Wolf Development, recently bought the soon-to-be vacant Zup’s and Northland buildings. He is planning to move and expand his hardware store and equipment rental business to the former Zup’s grocery store. He did not respond to numerous attempts by the Timberjay for additional information.

Ely Liquor
Ely Liquor prepared for a big move down Sheridan Street all summer, and owner Eric St. Martin opened his expansive new facility on Friday in the former Family Dollar store.
A walk-in cooler, or beer cave, located to the right of the front entrance, measures 720 square feet and will hold up to 36 pallets of cold beer, he said.
“We shouldn’t have to have much storage as we have the room to display our entire inventory. We have shelving that is about five feet tall for easy access and nice wide aisles,” he said.
Kegs of beer and microbrews and craft brews will all be kept cold.
“We have a new Reserve Room, kept at a constant 56 degrees for our specialty wines, Scotches and whiskies,” St. Martin said. “We also have a humidor in there featuring a nice line of cigars and smoking materials. I’m hoping to have as many as 2,500 in there.”
That should be ready by the end of the year, he added.
“I will also be building a bar where we can do wine tastings and whiskey sampling,” he said.
St. Martin said he made the move to expand the availability of his product and have a better selection.
“We have a parking lot now and will continue to service our customers with curbside pickup and delivery,” he said.
St. Martin’s “Drink for a Cause” days, where 10 percent of sales is donated to various non-profit causes, will continue.
“I came back to my hometown to support Ely,” he said. “Most people think I’m in the retail business, but I don’t. I worked my entire life as a bartender, and salesman in the service industry. I consider Ely Liquor to be a service industry. I want to help people.”
The current Ely Liquor location at 438 E Sheridan was scheduled to close on Thursday and the new location was set to open on Friday. He plans to sell the former location.

Piragis
Speculation on what Piragis Northwoods Co. will put in its new facility, under construction on the south side of Sheridan Street across from their expansive facility, was made clearer this week. Rumors of a new expanded bookstore reported by local media earlier this summer proved false.
Instead, a canoe, kayak and stand-up board display showroom will be housed in the new building. The bookstore will stay put on the second floor of the existing building.
Steve Piragis said this week, “We’ll have an indoor display room and warehouse right behind it. In the world of paddle sports, there aren’t very many really nice, world-class display rooms. You have Rutabaga in Madison (Wis.), and another store out in New York, and as one of the top canoe dealers in the country, we can make ourselves look a lot better. Rather than taking our customers to the backyard through the snow and rain, we’ll have a nice indoor facility.”

Crapola
Crapola founders Brian and Andrea Strom, who started making a cranberry-apple granola mix more than a dozen years ago, rebranded their business as Brainstorm Bakery this past summer and are near ready to occupy their new digs in the former Plum Bun Bakery building at the corner of Sheridan Street and Fourth Avenue.
The Stroms are planning on moving the Crapola World Headquarters from First Avenue to Sheridan Street this fall.
“We officially made the name change in July,” Strom said, “and the move and the new name were supposed to happen together but planning never works the way you want.”
What started as one flavor of granola has grown to four year-round offerings. They also offer cookies, scones, bread and muffins with their granola products. They began expanding these baked goods, plus selling coffee and yogurt parfaits, when they moved to their current space in the former James Drug building in 2016.
In order to accommodate the rebranding and location changes and consolidate all of their offerings into one place, the Stroms are phasing out www.crapola.us and are developing a new website, www.brainstormbakery.com.
“At this new site you’ll still be able to order our same granola products, plus you’ll be the first to see our new product launches,” he said. “Thanks again for your continued support.”