REGIONAL— There is plentiful habitat and broad public support for introducing elk to northeastern Minnesota. Those were the findings of a coalition of research partners who examined three potential … 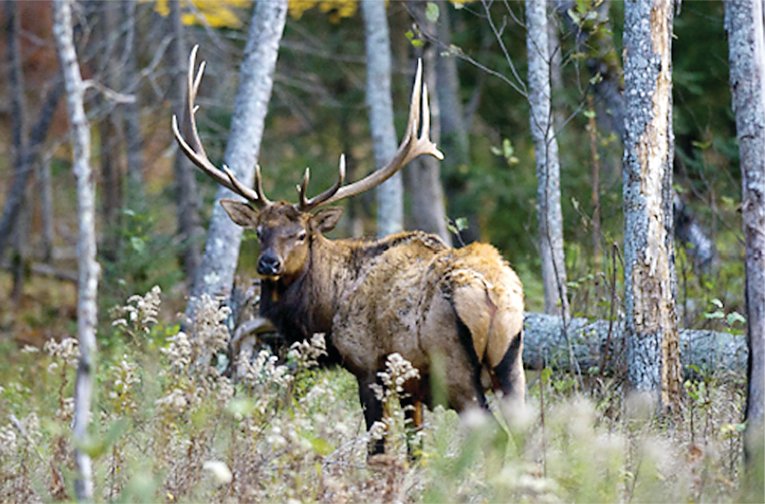 To be clear, this study was only designed to assess the suitable habitat and public support questions.”
Mike Schrage

REGIONAL— There is plentiful habitat and broad public support for introducing elk to northeastern Minnesota. Those were the findings of a coalition of research partners who examined three potential areas for a possible introduction of the species as a hedge against a changing climate that is likely to eventually eliminate moose, another large member of the deer family, from the region.

In a report released earlier this month, the research team, comprised of biologists from the University of Minnesota and the Fond du Lac Band, assessed the merits of an elk introduction at one of three possible zones. Their top selection, based on a number of factors, was a large portion of the Cloquet Valley state forest located in east-central St. Louis County, south of the Iron Range and east of Hwy. 53.

The researchers examined the habitat suitability by examining nearly 200 vegetation plots across the three study areas. They also conducted opinion surveys with local residents to determine if there was public support for an introduction effort. The researchers also considered the amount of public land in an area, versus private lands, as well as the extent of agricultural production. While small herds of elk have long existed in northwestern Minnesota, their impact on farming operations there have prompted the Department of Natural Resources to sharply limit the population of wild elk there.

Researchers concluded that the relative lack of commercial agriculture in northeastern Minnesota, combined with the abundance of public land, might be more suitable to sustaining a substantial elk population.

The researchers concluded that the 681 square-mile study area could sustain approximately 550 elk, or a bit under one per square mile. “These estimates probably underestimate biological carrying capacity as we assumed elk consume only a small proportion of the available forage,” noted the researchers in their report.

Less clear was whether that number of elk could live in the study area without causing problems for the human residents.

Elk, which once lived across most of Minnesota, were never native to northeastern Minnesota. The dense boreal forest that once dominated the landscape was home to moose and woodland caribou at the time of European settlement. While moose still remain, the caribou had largely disappeared by the 1920s, victims of the loss of habitat in the wake of widespread logging and the influx of an aggressive competitor, the whitetail deer.

While moose remain a boreal species adapted to extreme cold, which makes them vulnerable to a warming climate in Minnesota, elk are able to thrive in substantially warmer temperatures.

While the study found both adequate habitat and public support, the researchers noted that a number of other steps still remain before an elk introduction could be undertaken. “To be clear, this study was only designed to assess the suitable habitat and public support questions,” noted Fond du Lac biologist Mike Schrage, who worked on the study. “Although these are critical pieces to have, there are many additional steps to consider if this process is to move forward from here.  Among other things, we would need to determine how and if we can bring elk here while minimizing the risk of Chronic Wasting Disease, a source herd or herds would have to be identified, funds would have to be raised and decisions made how to manage elk once they’re here.”

Schrage noted that any further steps, or the actual implementation of an elk introduction effort, would require future support from both agency and political leaders in the state.

Whether that support will be forthcoming remains to be seen. While state Rep. Rob Ecklund, DFL-I-Falls, says he’s open to hearing more, he will have questions about the impact to farmers, as well as the risks posed by chronic wasting disease.