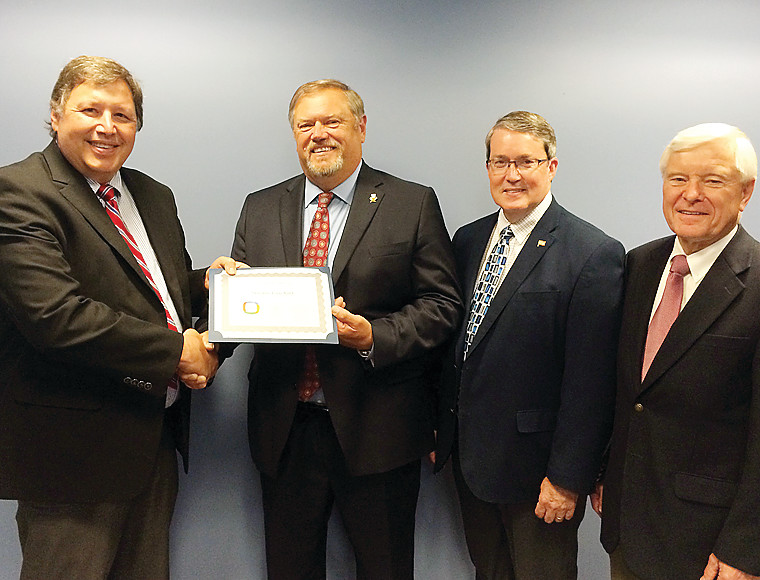 Recipients of the award have championed an “all-of-the-above energy strategy for Minnesota to ensure that consumers and businesses have access to affordable and reliable electricity,” according to a statement issued by the organization.

“The coalition is proud to recognize the work of Sen. Bakk, who is dedicated to ensuring that hardworking Minnesota families have access to affordable and reliable electricity,” said Joel Johnson, director of the organization. “We also know that supporting a diverse energy portfolio keeps costs low for businesses and allows our region to remain globally competitive. Sen. Bakk has consistently supported an all-of-the-above approach to energy policy and we thank him for his continued efforts.”

Mr. Moe and Mr. Beard serve as co-chairs for the Coalition for a Secure Energy Future.

The coalition was founded in 2014 to “enhance, preserve, and protect our diverse set of energy resources, including coal-based electricity, to ensure a continued affordable and reliable energy supply for families and businesses in Minnesota,” according to a statement.

The coalition opposes the “Clean Power Plan” put forward by the U.S. Environmental Protection Agency. The plan is designed to reduce carbon dioxide emissions by 30 percent by 2030. The coal industry has lobbied heavily against the rule, claiming that the push for cleaner-burning forms of energy would significantly increase electrical rates, both for homeowners and businesses, while achieving inconsequential reductions in overall CO2 emissions.