EVELETH-GILBERT - Concerns are mounting that the school district here and in Virginia may be improperly spending tax dollars to promote passage of a $178.5 million school bond measure ahead of a … 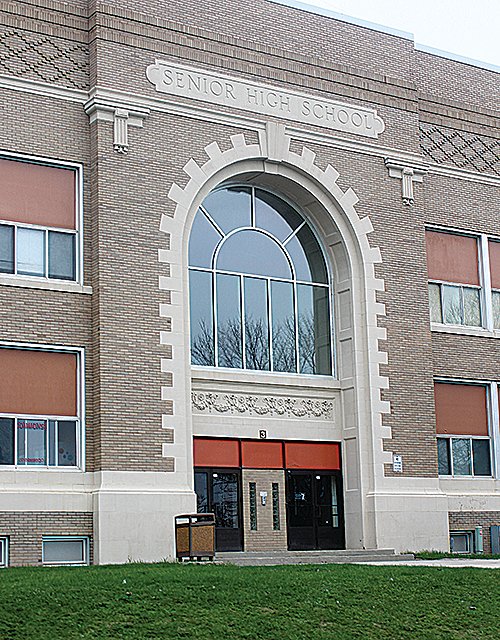 EVELETH-GILBERT - Concerns are mounting that the school district here and in Virginia may be improperly spending tax dollars to promote passage of a $178.5 million school bond measure ahead of a public vote set for Tuesday, May 14.

The project would see high schools in both Virginia and Eveleth closed and replaced by a unified campus, what school officials call a “career academy high school,” that would be built and shared by the districts, near the Eveleth campus of the Mesabi Range College. Franklin Elementary in Eveleth would also be closed and relocated to the same vicinity.

The Gilbert campus would also close.

Neither school district has publicly released campaign finance reports and have declined repeated requests from the Timberjay to obtain the information. Based on attorney generals’ opinions in Minnesota, school districts are generally prohibited from spending tax dollars to promote passage of a ballot measure. They are allowed to distribute basic factual information, such as the size of the ballot measure, the tax implications, and the planned uses of the funding.

Yet the materials distributed by the Virginia and Eveleth-Gilbert school districts, including newspaper advertising and full color brochures mailed to area residents, have been highly promotional in nature and, critics argue, are presenting misleading or incomplete information to voters.

A similar effort by the St. Louis County School District in 2009 led to years of litigation that set a statewide precedent requiring that school districts file campaign finance reports if they spend tax dollars to influence voters on ballot measures. The reporting requirement presents a potential problem for school districts, however, since disclosing campaign spending is an acknowledgment that a district spent tax dollars on referendum advocacy, which violates guidance from attorney generals. Minn. Stat. 8.07 gives an attorney general’s opinion the effective force of law as it applies to school districts.

Eveleth-Gilbert administrative assistant Justine Henry told the Timberjay that the district has not spent funds on advertising yet, which is why no reports have been prepared.

Yet based on a video of the E-G School Board from March 25, the board did vote to approve $14,183 in expenditures for the referendum’s campaign.

It’s the one-sided or promotional nature of those expenditures that is rubbing some the wrong way.

“I just feel that all the facts are not being put out to the public,” said E-G School Board member Tom Gentilini. “There are many things that should be brought into this.” Both Gentilini and fellow school board member PollyAnn Sorcan went on record at the March 25 meeting objecting that information in the brochures produced by the district was not complete.

The mailings prepared and mailed by the two school districts do not specifically urge residents of the districts to vote yes on the measure, but administrative rulings stemming from the St. Louis County School Board case determined that school district publications could be found to be promotional even without such obvious requests for support.

In May 2014, the Office of Administrative Hearings found that: “When a district’s communications or statements, however, are so one-sided that they cannot reasonably be read to mean anything but urging the passage of the referendum, then such communications have crossed the line from information to promotional,” wrote Administrative Law Judge Ann O’Reilly in her ruling in the St. Louis County School District case.

The brochures and other materials used by the Virginia and E-G school districts appear to offer just such a one-sided approach to the issue, offering glowing accounts of the district’s plans for a joint career academy, confusing and potentially misleading information regarding the tax implications, and prominent quotes from supporters of the measure. In several instances, the mailings sent by the two districts include highly favorable quotes from prominent individuals including Sen. Tom Bakk and Steve Giorgi, the Executive Director of Range Association of Municipalities and Schools (RAMS). Comments from educators and students, all in support, are also included throughout.

No quotes from opponents were included in the mailings, which undermines any suggestion that the materials presented information on the ballot measure in a neutral manner.

None of the concerns about improper promotion should come as a surprise to school officials in the E-G school district. In a March 4, 2019 ,letter, attorney Margaret Skelton, of Ratwik, Roszak, and Maloney, warned school officials against running afoul of the rules against ballot measure advocacy.

While the attorney’s comments generated some discussion at a subsequent board meeting, it’s not clear that school officials ultimately followed the advice.

Sorcan, when asked, declined to comment on whether she believes the E-G school district is abiding by the attorney’s advice. The firm of Ratwik, Roszak, and Maloney, is among the state’s top law firms on matters of school law.

Former E-G Facilities Director Mark Skerjance is among those taking issue with claims made by school district officials that the district’s current facilities are substandard and in need of replacement.

“They (district officials) make it sound like the buildings are falling apart. It’s not true,” Skerjance said. “I’m in favor of the project, but it doesn’t need new buildings.”

Skerjance’s comment touches on one of the other concerns about the push to sell the bond measure. While school officials highlight educational changes they plan to implement, like the career academy approach to teaching, the funds the districts are seeking will only pay for new facilities.

In his letter, Gentilini raises concern that the districts are misleading taxpayers about the financial implications of a yes vote. He also notes the Hibbing School District is pursuing an academy model similar to what is being proposed by E-G and Virginia, but is doing so with existing facilities in place.

Sorcan agrees that the switch to an academy model does not require new facilities. She told MDE that both of the E-G district’s consultants, Kraus-Anderson and ICS, have indicated that they could achieve the same thing through renovations. And the extent of the renovations that would be necessary is unclear, given the status of the facilities already available. Sorcan said the consultants have stated that the cost of a “heavy remodel” could be about the same as new construction. Sorcan said she’s been unable to obtain a list of the types of renovation that would actually be required for the academy approach to learning.

Some E-G school officials argue that the school district spends far too much on maintenance and operation of its facilities. In a recent letter to the editor of the Mesabi Daily News supporting next Tuesday’s referendum, Superintendent Jeff Carey noted that the district currently maintains 620,384 square feet of facilities, while it only needs 228,150 square feet.

Two facilities studies produced within the past six years, one by Worner and Associates and the other by Unesco, confirm Skerjance’s claim. Both consistently rated spaces currently used for students from adequate to excellent.

In addition to renovations, Skerjance notes that new media, arts and science wings were added to the schools; the last addition was as recently as 1999.

In addition to major renovations, virtually all windows, plumbing and electrical have been replaced in the schools within the past decade.

The issues the buildings are facing now are not major, Skerjance said, they are routine maintenance. “When you need your car’s oil changed, you don’t get a new car,” he said.

Additionally, Skerjance noted that the new building would be across Hwy. 53 from Eveleth, making access difficult from most residential parts of the city.

“It’s a bad deal for Eveleth. There will be no access to the new school from the community.”

E-G board member Gentilini has taken issue with the claims made by the school districts regarding the tax impacts of the proposed bond measure. While the plan, as devised, would benefit significantly from funds from both the state of Minnesota and Iron Range Resources and Rehabilitation to fund the bulk of the cost, the enormous scale of the project means that local taxpayers will still be on the hook for about $34 million.

One mailing also includes estimated refunds residents could be eligible for. While the mailing does note that the information is for taxes raised between Jan. 2, 2019, and Jan. 2, 2020, it does not inform voters that the refunds would likely only apply for the first year of the tax increase, and would not apply in subsequent years unless taxes continued to increase by at least 12 percent each year.

Gentilini said this would create increased taxation of district residents for the remainder of the 20-year bond term without recourse.

The Timberjay emailed both Carey and Dr. Noelle Schmidt, Superintendent of Virginia Public Schools, to seek out their responses to concerns and questions raised in this story. Schmidt did not respond, while Carey responded with a statement that did not answer the questions posed.

“The Virginia and Eveleth-Gilbert Schools have been working together for the past two years through a very open and public process to improve educational opportunities for all of our students,” he said. “The board members who have contacted you are trying to sabotage the referendum vote in the eleventh hour by spreading misinformation in an attempt to cast doubt with voters.”

In fact, the Timberjay was not contacted by any board members from Eveleth-Gilbert or Virginia but did seek out comment from them when others with concerns about the project contacted the newspaper.

Carey also questioned why opponents were “contacting a paper from Tower right before the election with concerns” and that other local papers would have already picked up the story if they felt there was an issue.

The Timberjay, however was contacted by concerned alumni who felt their voices were not being heard by various institutions in the Quad City area.

The referendum will go to voters on Tuesday May 14. Voters in both districts must vote yes in order for it to pass.