“The broker we hired has had some interest … 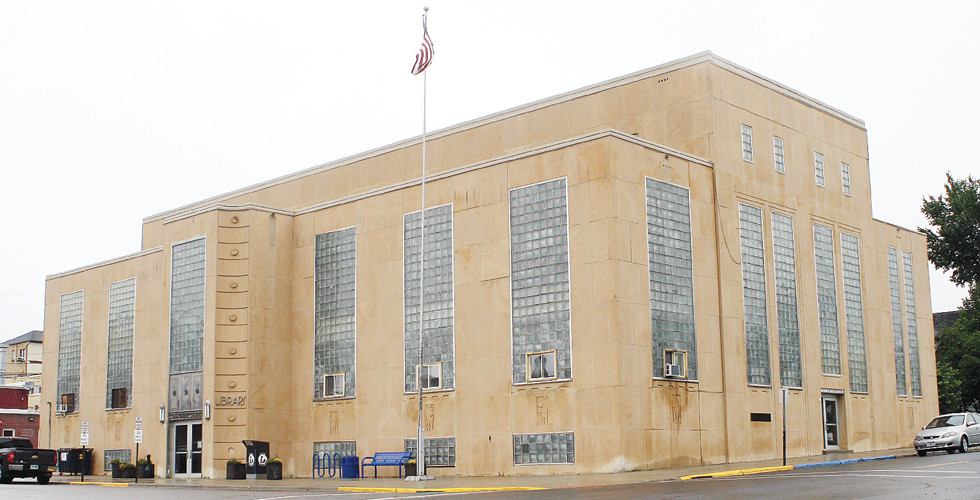 “The broker we hired has had some interest and contact, and one actually came back again,” Ely Clerk-Treasurer Harold Langowski told the Economic Development Authority Tuesday night. “This is a serious request and theyhave some serious interest in the building.”

Princeton Commercial Holdings LLC, of Wilmington, Del., was established in 2006. The firm specializes in acquiring, across the nation, properties with problems that pose challenges, and addressing and resolving the issues by using the expertise of their management team to address and resolve the issues.

According to their website, www.princetoncomh.com., the Princeton Commercial Holdings Group currently owns over 100 properties ranging from single-family homes and lots to large commercial buildings of about 100,000 sq. ft. and including apartment buildings some of about 50 units each.

The potential buyer offered to pay $10,000 for the Ely landmark. According to their business plan for “The Ely Center,” their aim is to renovate the building “while maintaining the original character and features of the building, and conduct repairs and renovations that ensure the preservation of the characteristics” of the building.

The architectural jewel, built in 1938 during the Depression with funding from the F.D. Roosevelt Administration’s Public Works Administration has an assessed value of $492,000.

To that end, the city of Ely will be working closely with the Ely Heritage Preservation Commission to ensure that the characteristics of the building are preserved. “Celia Domich will be reviewing this proposal, and we hope to move forward as soon as possible,” Langowski said. The purchase agreement calls for a closing date of Dec. 20.

According to the business plan, Princeton Commercial Holding’s’vision of its redevelopment of the Community Center is turning it into a mixed commercial-use building which will ensure the lowest vacancy with flexible leases for various uses and renting other parts out for events, such as weddings.

“In our assessment, we have calculated that there will be 18 flexible office suites and two recreational halls that can be used for events. This number of units in the 18,000 square foot (range) will be lower or higher depending on the tenants’ needs and the remaining 11,000 square feet will be split between two large recreational halls which we can lease out short-term for events and individual needs.”

“The commercial units will be split into 800- to 900-square-foot (or more) areas and leased out accordingly. The company will adopt a flexible approach and tailor the space to the tenants’ needs to help rent the units out in the shortest possible period. The company will also explore the possibility of retail units on the first floor to widen the market demand and create a more vibrant environment.”

The business plan called for the following renovations to be made within the first year: repairs to auditorium, roofing and drains, update electrical and mechanical systems, work to meet Americans with Disabilities Act standards, replace glass block windows and other work, deal with underground fuel oil tank and asbestos insulation.

“We believe this is a serious offer,” he said. “They will be looking at renovations to the building and making some improvements. From what we can see there are no strings attached for the city to take care of any (storage) tank or hazardous waste issues. Hopefully we can bring something before the council at their next meeting.”

Mayor Chuck Novak suggested forming a three-member negotiating committee. “The council is the one that signs the deed away.”

The Border to Border Broadband: Bridging the Gaps – Expanding the Impact conference, co-hosted by Blandin Foundation and the Minnesota Office of Broadband Development, highlighted the many ways broadband is creating new opportunities for rural communities.

“Ely has a lot to be proud of,” said Dr. Kathleen Annette, president and CEO of Blandin Foundation. “Local leaders are creating a broadband-enhanced future themselves when others wouldn’t do it for them. Their vision will propel the community forward.”

Research unveiled at the conference found that St. Louis County could see more than $57.3 million in economic benefits over 15 years if broadband access and use improved.  Tech expert Robert Gallardo, assistant director at the Purdue Center for Regional Development, produced profiles of all Minnesota counties using his Digital Divide Index.  St. Louis County placed first as compared to Minnesota’s 86 other counties in potential benefits.

As leaders in rural broadband work, Langowski, Fedo and Nelson were central to the conference sharing and learning.  A Blandin Broadband Community, Ely leaders are investing in projects such as online marketing training for small businesses, a community website showcasing Ely’s best features, and a technology center for entrepreneurs and visitors.

Communities are starting to see the direct economic impact of broadband investments like those in Ely. Blandin Foundation-commissioned research released at the conference analyzed these impacts in five rural Minnesota communities. Findings indicate that economic benefits in each community will surpass public broadband investment in one to six years. Information and resources on how these counties are making the most of their broadband investments can be found atwww.mnbroadbandcasestudies.org.

All the conference proceedings, including the county-by-county Digital Divide Index for Minnesota, are online at www.blandinonbroadband.org.