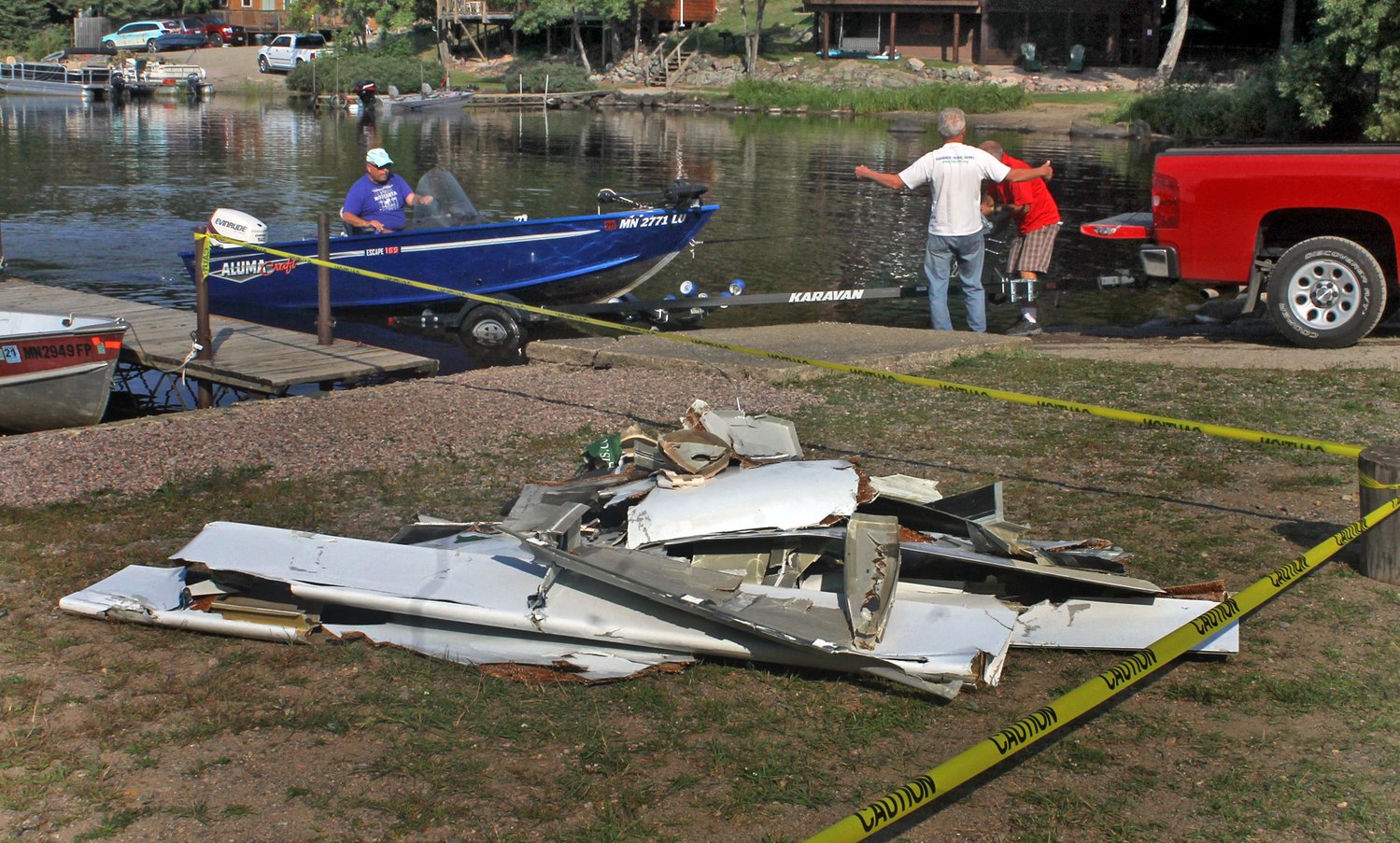 A pile of debris from an airplane sits on the shore at White Iron Beach Resort Friday morning. The single-engine craft reportedly crashed into the lake late Thursday night, killing the 58-year-old male pilot.
K. Vandervort
Posted Friday, August 21, 2020 11:43 am

"The pilot, and only occupant, left the Ely Municipal Airport shortly after 9 p.m. and ended up crashing into White Iron Lake,” said a press release. “The plane was heading toward the Grand Marais/Cook County Airport from the Ely Airport. Responders found the victim. A 58-year old male from Woodbury, Minn., died on impact.”

The plan apparently nose-dived into the water about 300 yards off the shore of White Iron Beach Resort. “The plane is in about 30 feet of water,” said resort owner Kerry Davis, who was one of the first people on the scene.

“My wife woke me up about 11 p.m. and I motored out to the area where some of our guests witnessed the crash from the beach,” Davis said Friday morning. “I smelled fuel and I quickly looked around and started seeing debris floating to the surface." He pointed to an area to the left of his resort’s beach area and indicated the crash area was behind a small island.

“I contacted law enforcement and helped guide rescue boats to the location,” he said. “I heard the one person aboard the plane didn’t survive.”

The accident remains under investigation. The Timberjay will update this story as more information becomes available.