REGIONAL— Grouse hunters may be pleasantly surprised when they take to forest roads and trails starting Saturday. While traditional grouse biology suggests this should be a down year in the … 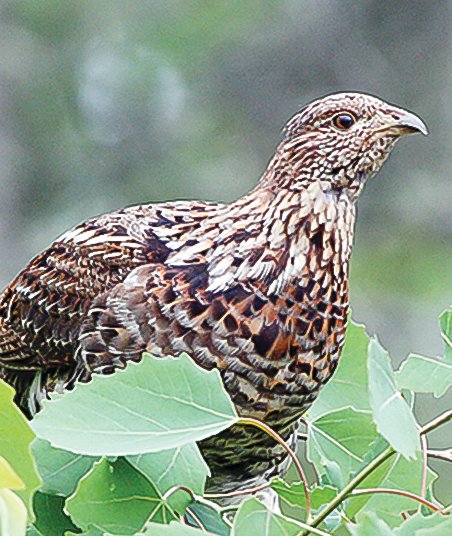 REGIONAL— Grouse hunters may be pleasantly surprised when they take to forest roads and trails starting Saturday. While traditional grouse biology suggests this should be a down year in the ruffed grouse’s 10-year cycle, the hot and dry conditions this summer appear to have set the stage for strong reproduction, and hunters may well reap the rewards this season.
“I’m cautiously optimistic,” said Tom Rusch, the DNR’s Tower area wildlife manager. “Drumming counts were down this spring,” noted Rusch. “But June weather is important and a dry and warm June is good for grouse. Early field reports indicate excellent reproduction in northern St. Louis County.”
According to Rusch, the dry and warm weather prompted a significant insect hatch this summer, which provided a quality food resource for the growing grouse chicks. And reports of large coveys of young grouse have been common this year.
A strong year for grouse reproduction can overcome a lackluster population at the beginning of the year. Spring drumming counts averaged 1.4 drums per stop in the northeast this spring, a middling number about in line with expectations four years after the population’s last cyclical peak, in 2017. Successful reproduction can have a major impact on fall hunting success, since most birds taken by hunters are young-of-the-year birds.
Wildlife managers have long understood that ruffed grouse populations rise and fall on a roughly ten-year cycle, but there’s evidence that that pattern has become less pronounced in recent years and it’s not clear why.
Other relatively new factors, however, like the spread of West Nile virus into bird populations, can create additional uncertainty when it comes to grouse numbers.
Even so, there are few places in the U.S. that offer better ruffed grouse hunting than northern Minnesota. “Even in down years of the grouse population’s cycle, hunters in other states still envy our flush rates and hunter success remains high,” notes the DNR on its grouse hunting webpage.
Minnesota has also invested in grouse hunting opportunities, with more than 528 designated hunting areas in ruffed grouse range covering nearly one million acres. The DNR also maintains more than 40 designated ruffed grouse management areas and over 600 miles of hunter walking trails, including 75 miles of trails in 20 separate locations in the DNR’s Tower work area. Those trails were mowed in late August and should be ready to when the season gets underway this weekend.
While leaves on the trees and brush can make early grouse season more difficult, this year’s extreme drought prompted some trees and brush to shed their leaves early. That could provide hunters with an early-season advantage this year, particularly in areas with shallow soils, which tend to dry faster.
The ruffed grouse season runs Sept. 18-Jan. 2, 2022.