Out of sight, out of mind

Animals use camouflage to catch prey, stay out of harm’s way

While most of us who have spent time in the woods here in the North Country, have experienced the explosive and sometimes startling flush of a ruffed grouse, we’ve probably walked past many …

Out of sight, out of mind

Animals use camouflage to catch prey, stay out of harm’s way 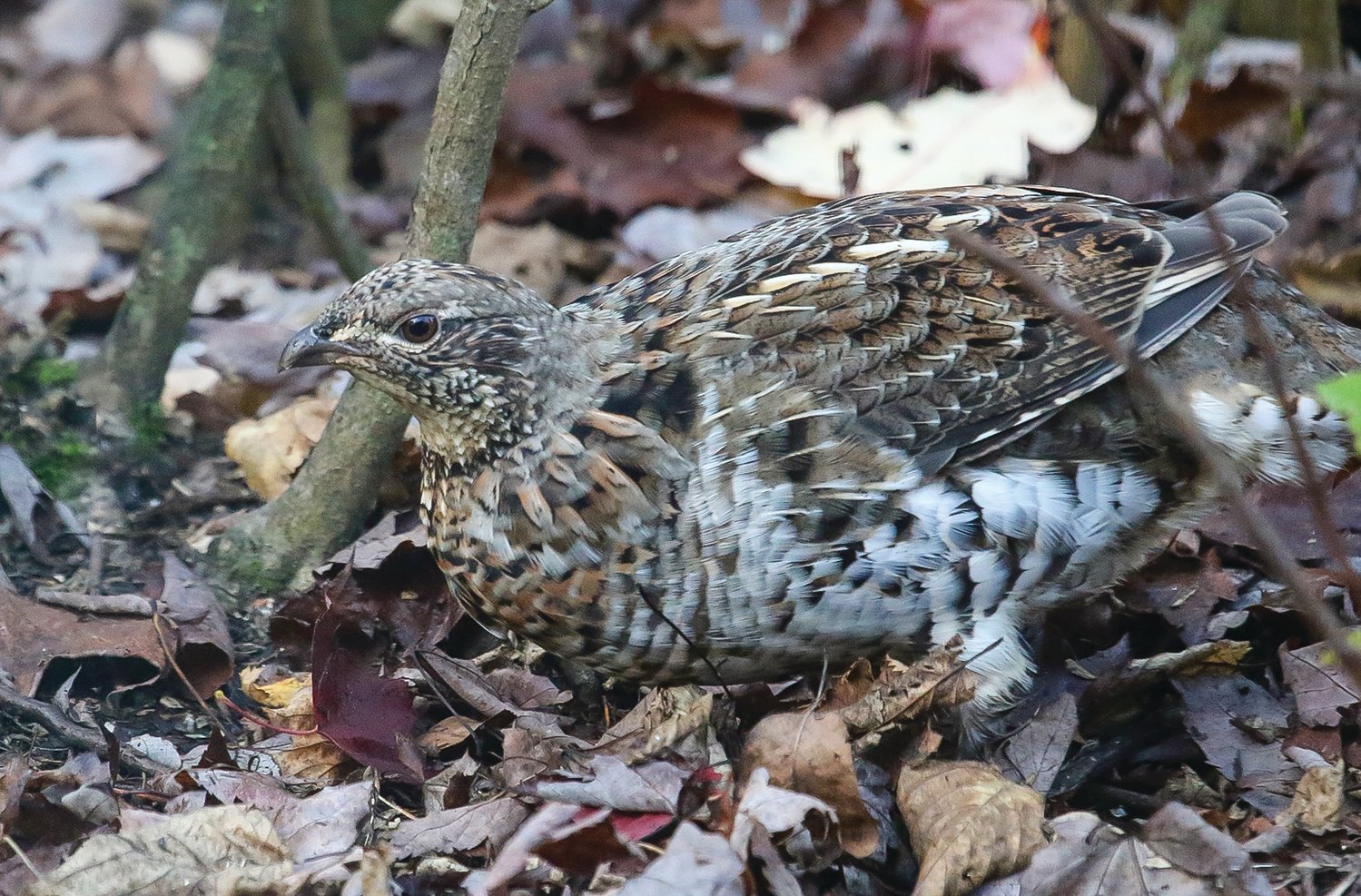 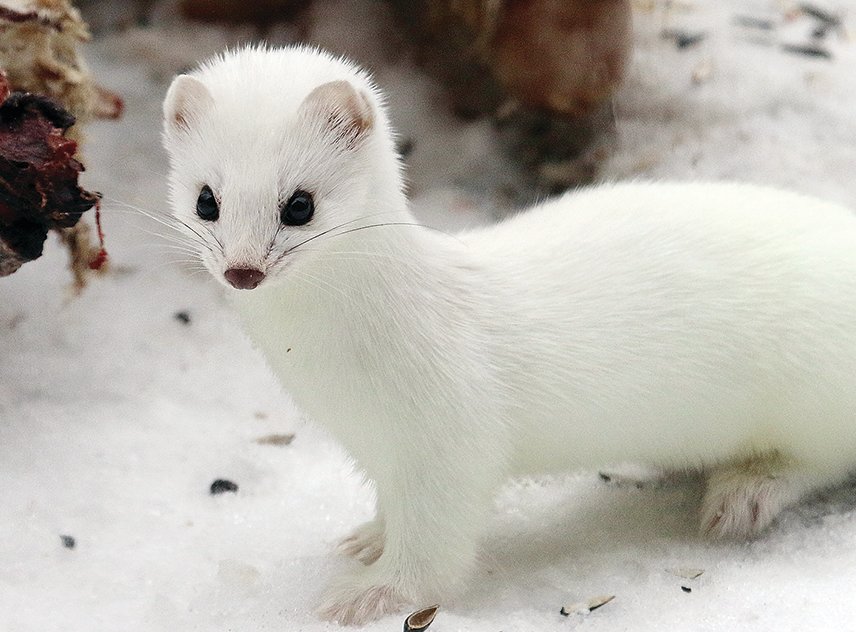 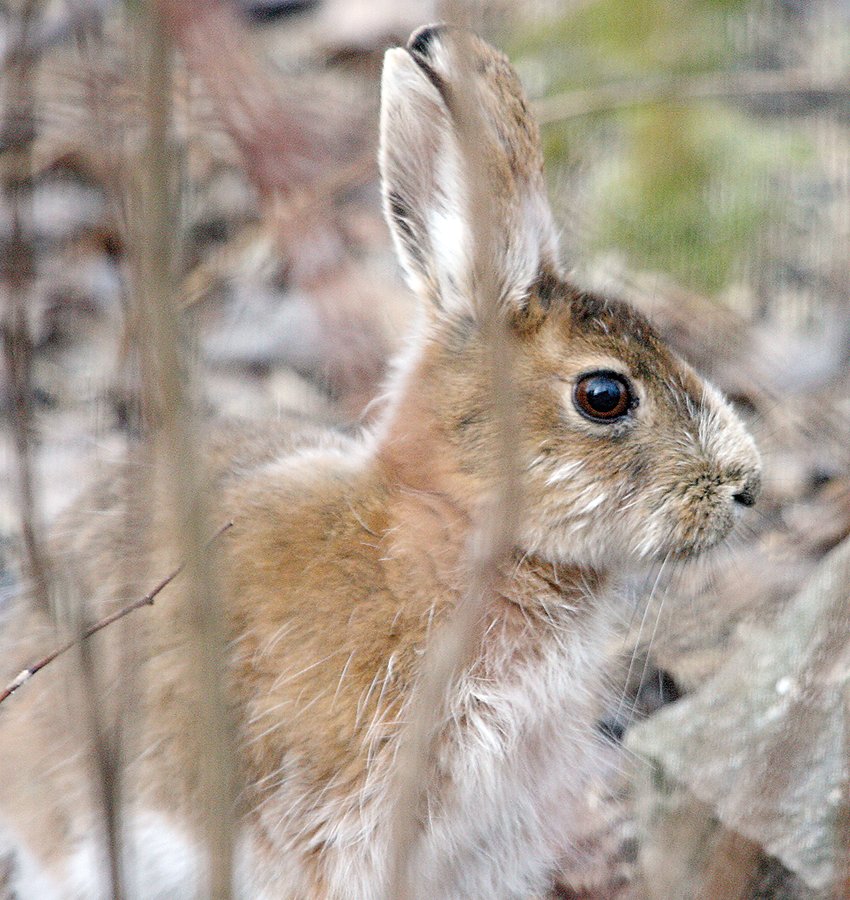 While most of us who have spent time in the woods here in the North Country, have experienced the explosive and sometimes startling flush of a ruffed grouse, we’ve probably walked past many others that relied instead on their remarkable camouflage to avoid our detection.
Indeed, a ruffed grouse that remains perfectly still can be almost impossible to spot, particularly against the current backdrop of freshly fallen leaves in our area forests. In my experience, it’s usually the ones that give themselves away, either through a short run or a cluck or two, that make the dinner plate. I’m sure over the years, I’ve walked past many more that held tight in position, protected only by their own natural camo.
While ruffed grouse make an excellent example of natural camouflage, they are hardly alone in our area. Many species, from insects to amphibians, from birds to mammals, rely all the time on camouflage to survive in the wild, whether it’s to avoid predators, or to hide from potential prey. In nature, survival is the name of the game, and any advantage that a creature can achieve makes it more likely they’ll live to pass on their genes to the next generation.
Clearly, camouflage is not an adaptation that applies to every species. When I watch the blue jays or a male pine or evening grosbeak, it’s pretty obvious they aren’t relying on camouflage for survival. For many birds, males in particular, bright colors are a way of attracting a mate, so it’s a tradeoff between the advantage that camo might provide to a male bird and his prospects for mating.
It’s easy to understand why ruffed grouse rely on camo. Let’s face it… they’re the best eating wild game out there, and we humans aren’t the only ones that have figured that out. Grouse seem to recognize they’re a tasty dish, which is where their camo comes into play.
Anyone who has hunted grouse knows that they often have a habit of freezing in place. When they’re in the open, like along the edge of a gravel road, it can make them an easy target for a road hunter, which is one reason we tend to think of them as stupid. Situationally unaware might be a better term for it in that case, because in most circumstances grouse are able to rely on camo to avoid detection. We don’t know how often freezing in place works because the successful birds are ones we don’t see. But the fact that this tactic continues to be deployed by grouse, points to its success. If it didn’t improve their survival, evolution would have drubbed those birds out of the gene pool by now.
A number of mammals in our area rely on camouflage as well, and change their coats seasonally to be more successful. The snowshoe hare, also known as the varying hare, is a good example. It’s brownish-gray in summer helps it blend in on the forest floor, while its winter white allows it to hide even more effectively. Just like grouse, they typically freeze to avoid detection.
Some smaller predators, like weasels, also change their coats, mostly to protect themselves from larger predators. Here in the North Country, most of these mammals will be sporting their winter white by early-to-mid November. Our exceptionally mild fall likely won’t affect the timing of their color change, which is dictated by day length rather than temperature.
There has been concern that climate change is affecting the timing of major seasonal changes, such as the coming of long-term snow cover, which could leave these color-changing species exposed when the forest remains brown well into November or even December. That’s certainly a concern for individuals, but there is likely enough variability within the population to adapt over time. Those animals with genes that call for an early switch to white may be finding themselves at an increasing survival disadvantage, which is likely to reduce their abundance within the overall population, leading to more late-changing individuals. With short-lived, rapidly reproducing species, like hares, this change can probably happen relatively quickly.
A combination of factors, including increased competition from more southerly species, is more likely to be responsible for a decline in some of our boreal forest denizens.