REGIONAL- It isn’t every day that you can get a glimpse of opera along with purchasing fresh vegetables at your local farmers market, or at the local petting zoo, or at a neighbor’s farm. … 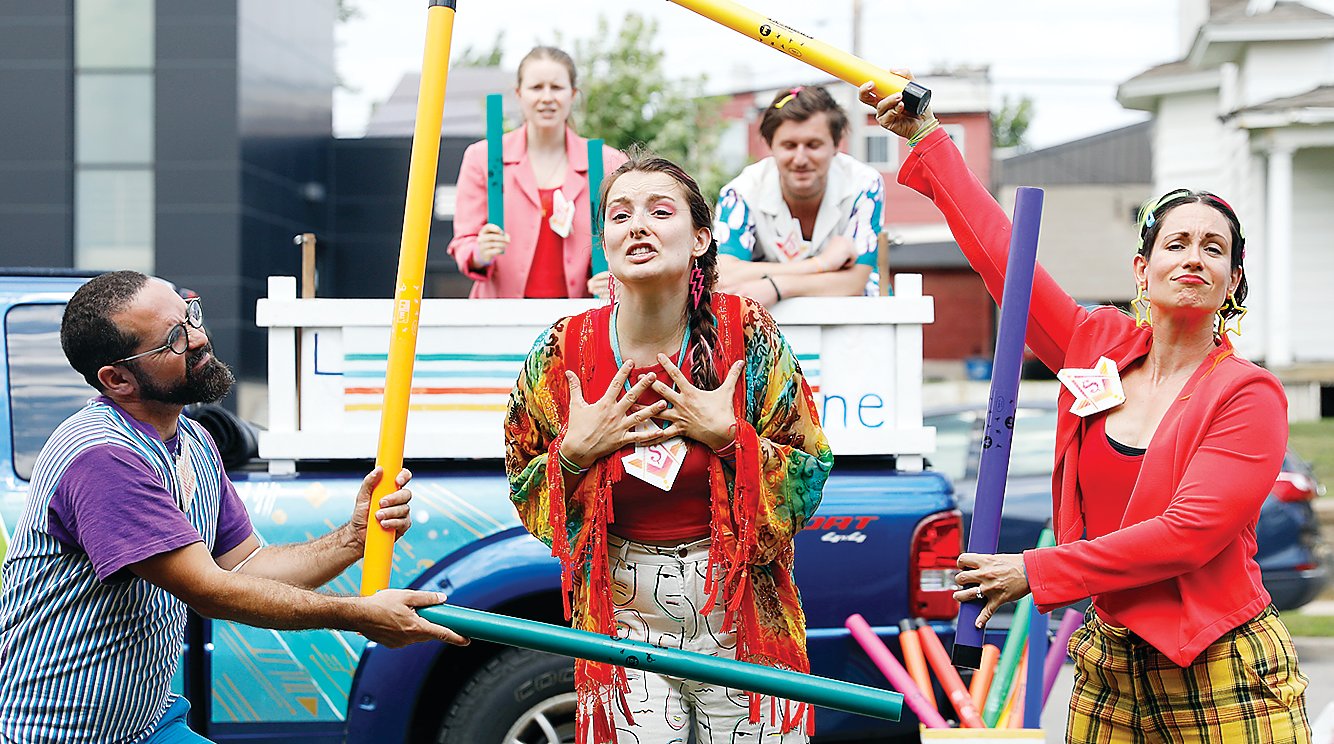 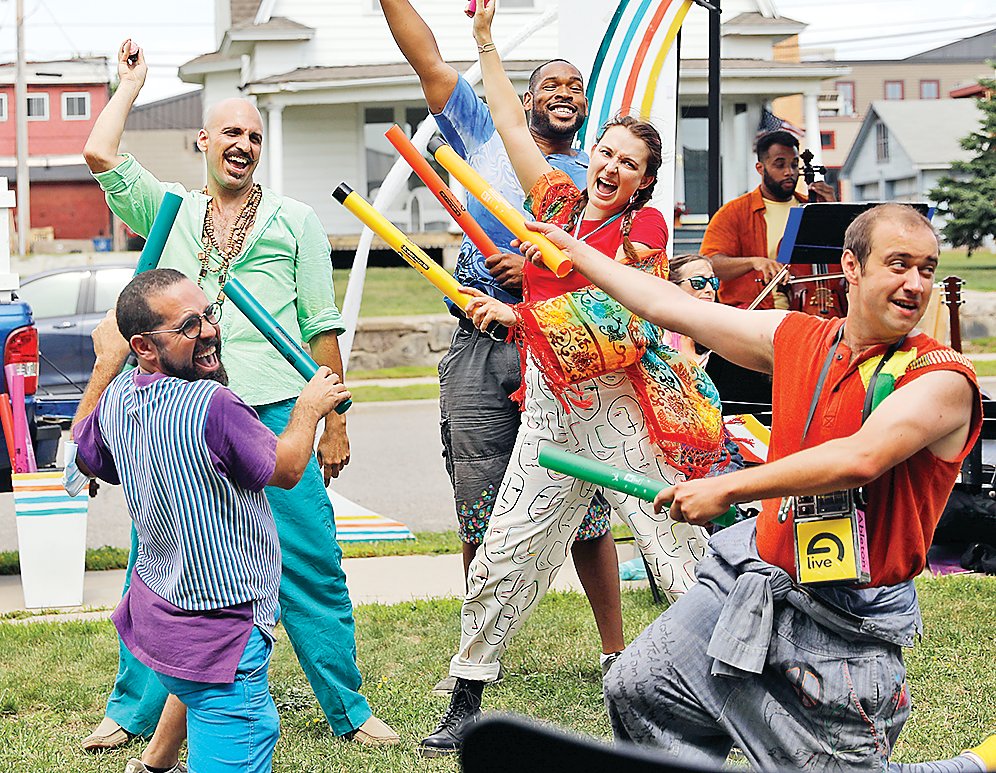 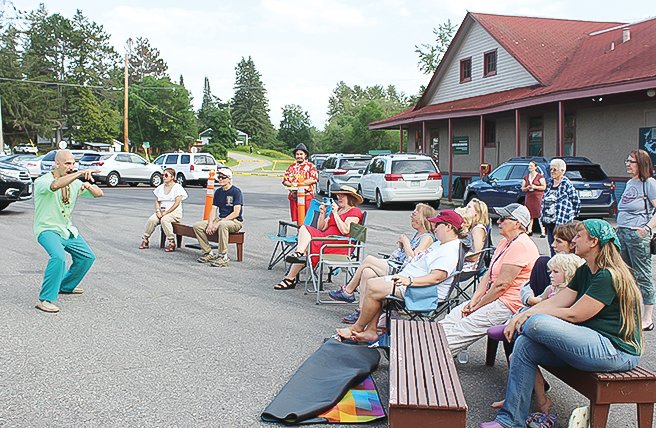 A crowd gathered for the performance at the Tower Farmers Market.
J. Summit
Previous Next
Posted Wednesday, August 10, 2022 6:26 pm

REGIONAL- It isn’t every day that you can get a glimpse of opera along with purchasing fresh vegetables at your local farmers market, or at the local petting zoo, or at a neighbor’s farm. But for members of Mixed Precipitation’s Pickup Truck Opera troupe, this is a regular part of their annual summer tour.
Several in the audience for the afternoon show at the Tower Farmers Market had just stopped in to buy some food from the local vendors, and realized there was a performance going on. Others had stopped by to see Tower’s train and let their kids play on the playground, and then walked over for the show.
This year the group brought their updated version of Mozart’s “The Magic Flute” to area audiences. The opera, written in 1791, was brought into the “modern world of teacher shortages, high burnout, and toxic positivity. The forces of light and dark attempt to control the destiny of future generations, with Mozart’s fiery arias mixed with the beats of 90s-era disco,” as described in the opera program.
“We love taking our project on tour, meeting new people, and flexing our performance muscles in unique outdoor environments,” said Scotty Reynolds, the Producing Artistic Director. “We’re glad to be making a tradition of presenting opera in a fun and lively style.”
The performance attracted audience members of all ages, and the company’s unique and comedic style made it a perfect event for families.
“Bringing our performance to communities like Tower, Cook, Ely, and Embarrass gives us a place where we can take risks and connect with small audiences, giving the performance a special intimacy,” Reynolds said. “It’s great that so many in our audience are experiencing opera for the first time.  We love meeting so many artists who make their homes up north, and we look forward to making more opportunities for artists and audiences.”
The group has been touring with their “Picnic Operettas” since 2009, and hopes to return to our area next summer, taking classic operas and updating them for current audiences. In addition to trained opera singers, the performances include live music, puppetry, and a portable set that includes, of course, their signature pickup truck, which along with a small trailer (also part of the set) which is used to haul props and sets from site to site.
Many of the performances were free to the public, and others were by suggested donation. The tour is funded in part by the Minnesota State Arts Board and the Metropolitan Regional Arts Council through an appropriation by the Minnesota State Legislature from the Minnesota Arts and Cultural Heritage Fund. Many local performances were also sponsored by area arts groups.