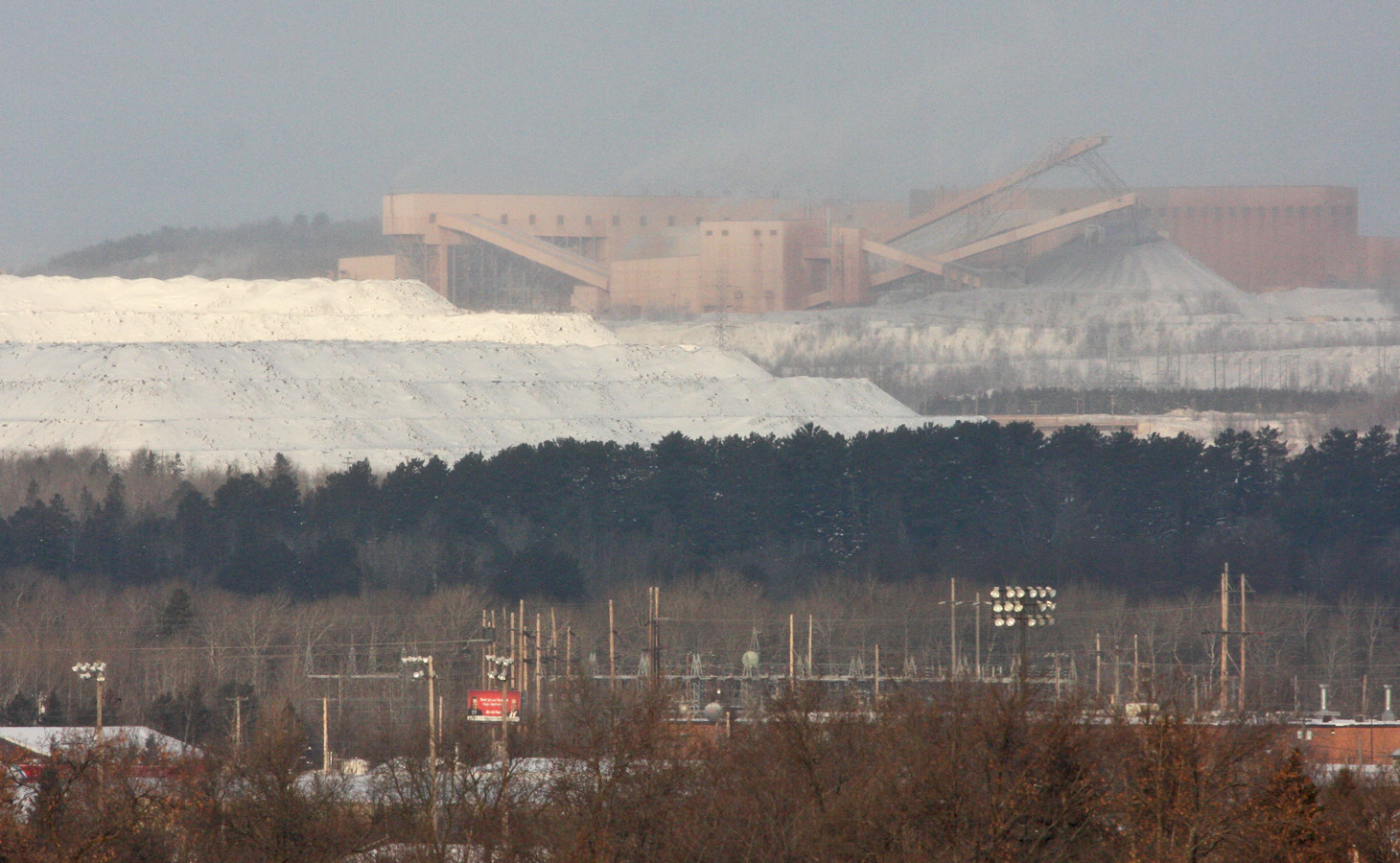 The Minntac plant, located north of Virginia is operating under a water discharge permit that dates back to 1992. MPCA released a draft permit this week, mere days after a lawsuit was filed.
file photo
Posted Wednesday, November 16, 2016 4:32 pm

REGIONAL— Barely a week after a coalition of environmental groups filed a lawsuit against the state’s Pollution Control Agency for failing to issue a new water discharge permit for Minntac’s tailings basin, the agency has taken a step in that direction.

On Wednesday, the agency released a draft permit for the 8,000-acre tailings basin located north of Virginia. The timing is coincidental, according to MPCA spokesperson Ralph Pribble, who said Minntac’s failure to meet the terms of a 2011 schedule of compliance to clean up its tailings basin water prompted the issuance of the new draft permit.

Release of the draft is just the first step in a potentially lengthy process leading to issuance of a new five-year permit for Minntac. The company currently operates under a water discharge permit that expired in 1992.

The draft permit issued this week came under immediate fire from environmental groups for substantially weakening standards on sulfate discharges that the agency had proposed to enforce in a draft permit issued in 2014. That permit was quickly blocked by Iron Range legislators and the governor when Minntac owner, U.S. Steel, protested.

In 2014, the MPCA had proposed to enforce the state’s 10 milligrams per liter sulfate standard at two surface water testing sites on the Sandy River watershed, which drains into the Pike River and, ultimately, Lake Vermilion.

The new permit appears to drop any limit on one of those two sites, and raises the allowable limit at the other site to 1,000 mg/l.

That’s about the average sulfate level in water that Minntac currently discharges from the tailings basin.

Paula Maccabee, legal counsel for St. Paul-based Water Legacy, said the latest draft of the permit “stands the Clean Water Act on its head, and lets the polluter set the standard.” Hudson Kingston, an attorney who filed a lawsuit on behalf of the Minnesota Center for Environmental Advocacy and two other northern Minnesota environmental groups last week, said the new draft fails to meet the requirements of the Clean Water Act and does not, in any way, address the issues raised in the recent lawsuit.

Maccabee filed a petition with the federal Environmental Protection Agency in 2015 that asks the EPA to strip the MPCA of authority to regulate the state’s mining industry. Maccabee has argued that the state currently lacks the political will to enforce clean water rules on the politically powerful industry. She said the latest draft of the permit, which raises the allowable sulfate discharge level to the Sandy River by 100 times over the 2014 draft, “shows contempt for the Clean Water Act and contempt for the law.”

Maccabee also took issue with the MPCA’s continuing willingness to require monitoring only in most cases for various potential pollutants. Under “monitor-only” permits, companies can discharge any level of pollution and still meet the terms of their permit, as long as they collect a monthly water sample, have it tested, and submit the results to the MPCA.

“To me, it’s sort of shocking” said Maccabee. “It says they only have to show that they’re measuring something. It’s a permit in the sense that a parent might permit a child to do anything they want at grandma’s house. It says the agency is not going to interfere with the harm being done— it’s really just a license to pollute.”

Pribble said the change in the sulfate limit is an effort to comply with 2015 legislation that prohibited the MPCA from enforcing the wild rice sulfate standard until rulemaking on a new proposed standard goes into effect. The MPCA has proposed a so-called “flexible standard” that would establish individualized standards for each discharger, based on a number of factors related to water chemistry and the composition of lake and river sediments. That new standard isn’t expected to be finalized until 2018.

Under the proposed permit, Minntac would be required to limit its surface discharge to the Dark River, a tributary of the Littlefork River. The permit would prohibit surface discharge of water from the tailings basin into the Sandy River. Yet the company and the MPCA acknowledge that significant amounts of water currently seep under the tailings basin dam into the Sandy River and nearby lakes, which historically held significant amounts of wild rice.

The public comment period on the draft permit is open through 4:30 p.m. on Dec. 16. The public can submit written comments on the proposed permit, and can petition the MPCA to hold either a public informational meeting or a contested case hearing.

Commenters should indicate their interest in the proposed permit, the action that they wish the agency to take, including specific references to sections of the draft permit, and reasons for their position.

A new home for the Ely ambulance?