Soudan Park manager Jim Essig and U of M lab manager Bill Miller held a press conference Monday afternoon at the Soudan Mine. While they are not declaring the fire … 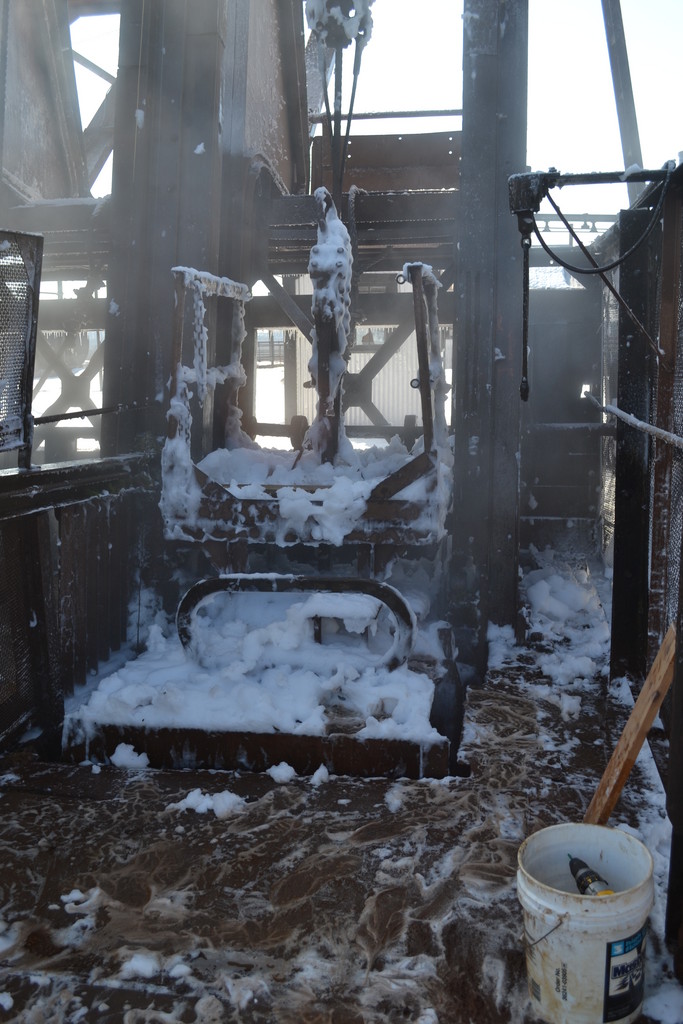 Responders working on the Soudan Underground Mine State Park Fire were able to successfully bring one of the mine’s cages to the surface Saturday morning. The cage, which is used to transport visitors and staff along the length of the shaft, appeared to be undamaged by the fire. The cage emerged covered with the foam that had been used to attack the fire Friday night.
Minnesota DNR 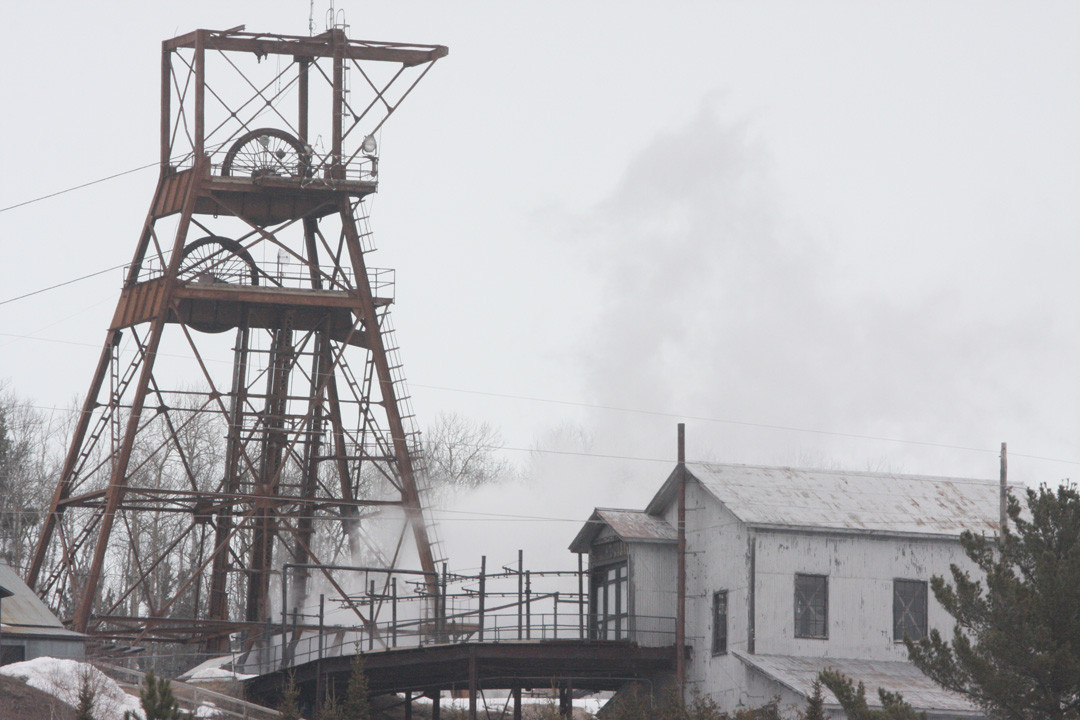 Soudan Park manager Jim Essig and U of M lab manager Bill Miller held a press conference Monday afternoon at the Soudan Mine. While they are not declaring the fire officially extinguished, Essig said he firmly believes the fire is out. At this point, mine crews are working to clean up massive amounts of foam at the bottom of the mine and to restore power to the mine's 27th level.

According to Miller, the lab was sealed off automatically once the facility's fire alarm sounded and he anticipates little or no impact from the fire to the lab's interior.

Essig also stated that he is confident that the mine's population of hibernating bats was unaffected by the blaze.

Note: This will likely be the final update until our complete story is posted later in the week.

Park officials at the Soudan Mine are optimistic that damage from the fire that broke out on Thursday will be minor.

The fire has been brought under control, although officials have yet to declare it completely extinguished. “They’re reporting it’s 99 percent out,” said Carson Bergland, spokesperson at the Minnesota Interagency Fire Center, which is handling the incident.

A team of workers did enter the mine on Sunday and reported that there is no longer any sign of fire or smoke near where the fire broke out. The team later descended to the mine’s 27th level and reported that the doors to the University of Minnesota’s underground science lab were sealed and that water in the mine had not yet reached the floor. “They’re very optimistic based on what they did see at the entrance,” said Bergland. No members of the team actually entered the lab to determine what damage, if any, may have occurred inside.

The team was unsuccessful in determining the location of the fire start, said Bergland, in part because of the large amount of fire retardant foam that had been poured down the shaft beginning on Friday.

Responders are making headway in suppressing a fire inside the mine shaft at Soudan Underground Mine State Park. The incident is now being called the Soudan Mine Shaft Fire.

Tests on Saturday showed decreasing amounts of carbon monoxide (CO) in the shaft, indicating fire activity is decreasing. Carbon monoxide is a by-product of combustion. Responders were also encouraged Saturday after successfully raising and lowering elevator cages used to access the mine shaft at the mine.

Crews sent more fire-suppressing foam down the shaft Saturday evening. Foam and water used Friday apparently was succeeding in suppressing the fire. One elevator cage brought to the surface on Saturday was covered in foam, indicating the suppressant used Friday night was penetrating deep into the mine.

On Saturday night, crews were planning to use approximately half the volume of water and foam used Friday night.

Hoist operators carefully raised and lowered the cages on Saturday through the mine shaft without meeting any obstructions. The cages have been undamaged by the fire. The ability to raise and lower the cages allowed the staff to send down monitoring equipment, including a CO monitor, temperature gauges and a camera that provided critical information about the condition of the shaft.

The plan for Sunday is to continue to monitor conditions within the mine and begin the process of planning how mine crews will address restoring communications and power throughout the mine. Conducting this work within the underground mine environment requires extreme attention to safety. All decisions must be made with the crew members’ safety foremost in the planning.

More than 40 personnel are working in various capacities around the clock to subdue the fire, monitor conditions and continue their efforts to control the water that threatens the $50 to $100 million physic lab operated by the University of Minnesota on the mine’s lowest level.

Strategy is to continue to monitor indicators, like CO, and attempt to hoist the cages slowly up and down the shaft. Moving the hoists will allow responders to determine if any of the timbers lining the shaft have shifted to obstruct the shaft. If the cages can pass freely it could give the hoist operator an indication of issues in the shaft and possibly where the water levels are located. The goal is to be able to get cameras and air monitoring devices in the cages and from that information make a determination when it is safe to send personnel back down in the mine. If personnel can access the 12th level they will be able to begin work on reestablishing power to the underground portion of the mine including the sump pumps.

The University of Minnesota has calculated how much water will be a threat to the Soudan Underground Laboratory. A total of 244,500 gallons would bring levels to the door of the lab. Before the power went out in the mine, the sump pumps were pumping about 35,000 gallon per day.

“We have had tremendous cooperation in planning strategy and tactics for the fire,” said Jim Essig, Park Manager. Local fire departments have provided needed staff to assist in suppression efforts, other mining companies from around the nation have provided us advice and assistance on equipment sources. About 30 people are on site working with the suppression efforts and the Incident Management Team, to protect approximately $50 million to $100 million worth of testing equipment

The fire broke out in the Soudan Mine late Thursday evening and when park officials responded to a fire alarm, they found smoke pouring from the mine’s main shaft. No one was in the mine at the time and no injuries have been reported to date. Park officials have closed the area surrounding the mine shaft to public access and the blaze will presumably eliminate access to the underground research center for an indefinite period.

Firefighters from the DNR and Breitung Township responded initially to the alarm and were able to determine with remote sensing equipment that the fire is burning in timbers between levels 23 and 25, located nearly a half mile underground.

According to Carson Bergland,a fire spokesperson, the burning timbers are associated with the elevator shaft.