SOUDAN- The future of the underground physics lab at the Soudan Underground Mine is now an open question.

At the Jan. 26 Breitung Town Board meeting, Park Manager Jim Essig discussed what is … 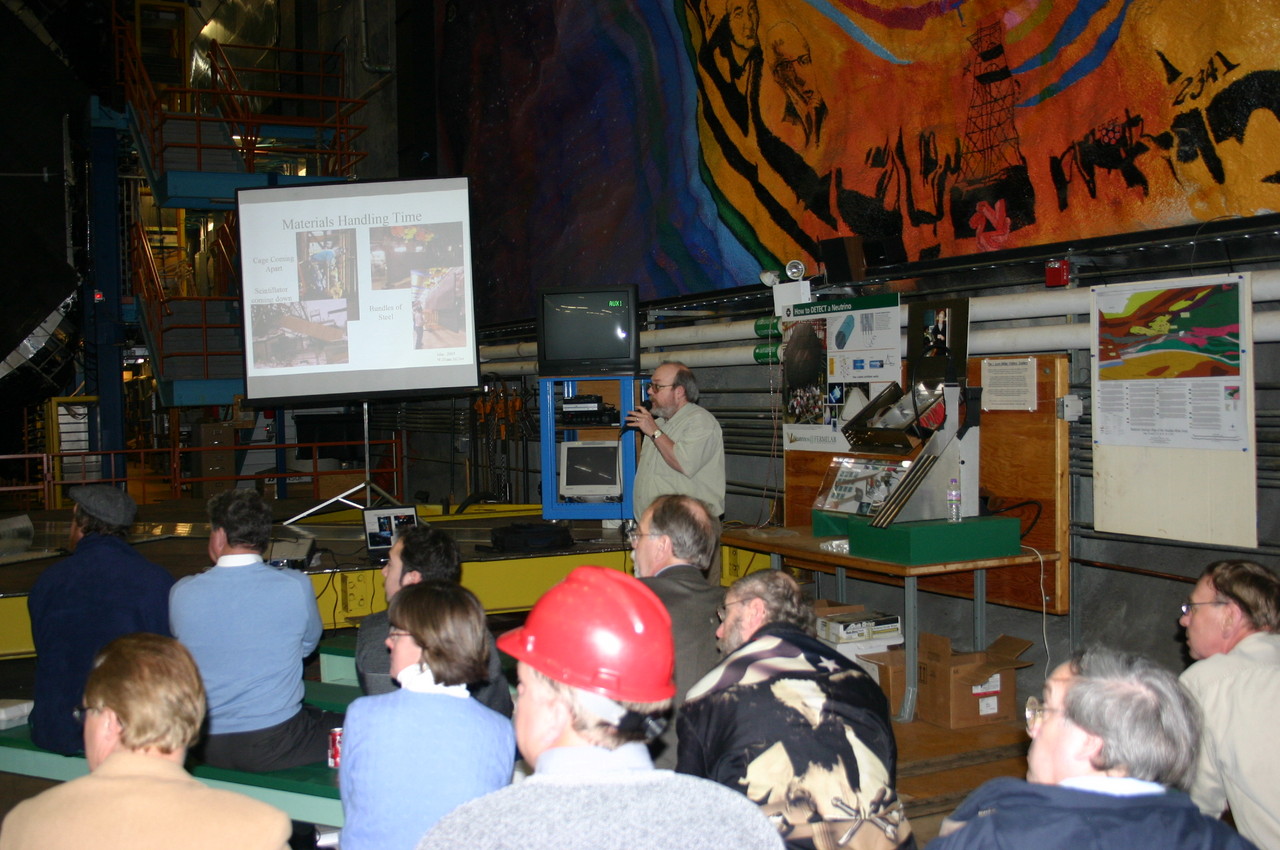 The underground lab at the bottom of the Soudan Mine may soon be decommissioned.
file photo
Posted Wednesday, February 3, 2016 11:00 pm

SOUDAN- The future of the underground physics lab at the Soudan Underground Mine is now an open question.

At the Jan. 26 Breitung Town Board meeting, Park Manager Jim Essig discussed what is known, what is not known, and what this all might mean for the park and the township.

Essig noted that local legislators, including Sen. Bakk and Rep. Ecklund have been in talks with the University of Minnesota about what would be required to keep the laboratory space in operating condition, for possible future projects. But at the same time, Essig said, they are seeing little interest in locating future physics experiments in the lab now that the MINOS beam is no longer in operation.

“With the new detectors opening in Europe,” he said, “I am getting zero interest on the part of physics research anymore.”

Essig said there is little possibility that a new neutrino beam would be funded at the Fermi Lab in Illinois. He noted that while the lab was technically funded by the University of Minnesota, the funding mostly came through Fermi. Right now, he said, the push is to get funding for the proposed Deep Underground Neutrino Experiment at Homestake, S. D. Though it is still an open question whether the Homestake project will receive enough funding to make the project viable, Essig said.

“The upcoming congressional session is critical for Homestake,” he said. “If they don’t get funding this year, they might need to look at other options.”

The park is working with a consultant to see if there are options of refitting the lab for other research or business opportunities.

The other main experiment located in the lab, the Cold Dark Matter Search, has also shut down, and is seeking funding to move to a deeper underground lab space in Sudbury, Ontario.

The University’s lease with the park requires them to decommission the lab once they move out. This will require the removal of the thousands of tons of steel plates that made up the MINOS detector. He said the park is working to insure that these provisions of the lease are followed, and that they are done with the least amount of disruption to the underground tours as possible.

“There is some liability with the two real big rooms underground,” said Essig, “because they will be unheated.”

But the bigger issue, in the short term, will be the fact that the park’s staff will be reduced, because many of the more technical staff positions also served the needs of the underground lab.

“Half of our mine response team will be gone,” Essig said.

Physics lab tours also accounted for about 10 percent of park attendance, he said.

The University also leases the township-owned surface building, located adjacent to the Breitung Fire Hall. The lease on that building expires in 2017.

Whether or not the University would want to renew the lease is not known. If the building were to be vacated, it could affect planning for the proposed new joint EMS building, township officials noted.

The Breitung Police Department received a donation of two portable breath test units and related equipment, valued at over $1,100. Chief Jesse Anderson said the department was selected to receive the equipment after participating in a program from the Minnesota Office of Traffic Safety.

“Thank you for your dedication to reducing crashes, injuries, and deaths on Minnesota’s roads,” wrote Mike Rugani, Research Manager at the Office of Traffic Safety.