This past summer’s drought in western Canada is likely to bring more boreal finches to bird feeders here in the North Country this winter. The annual finch forecast, produced by the … 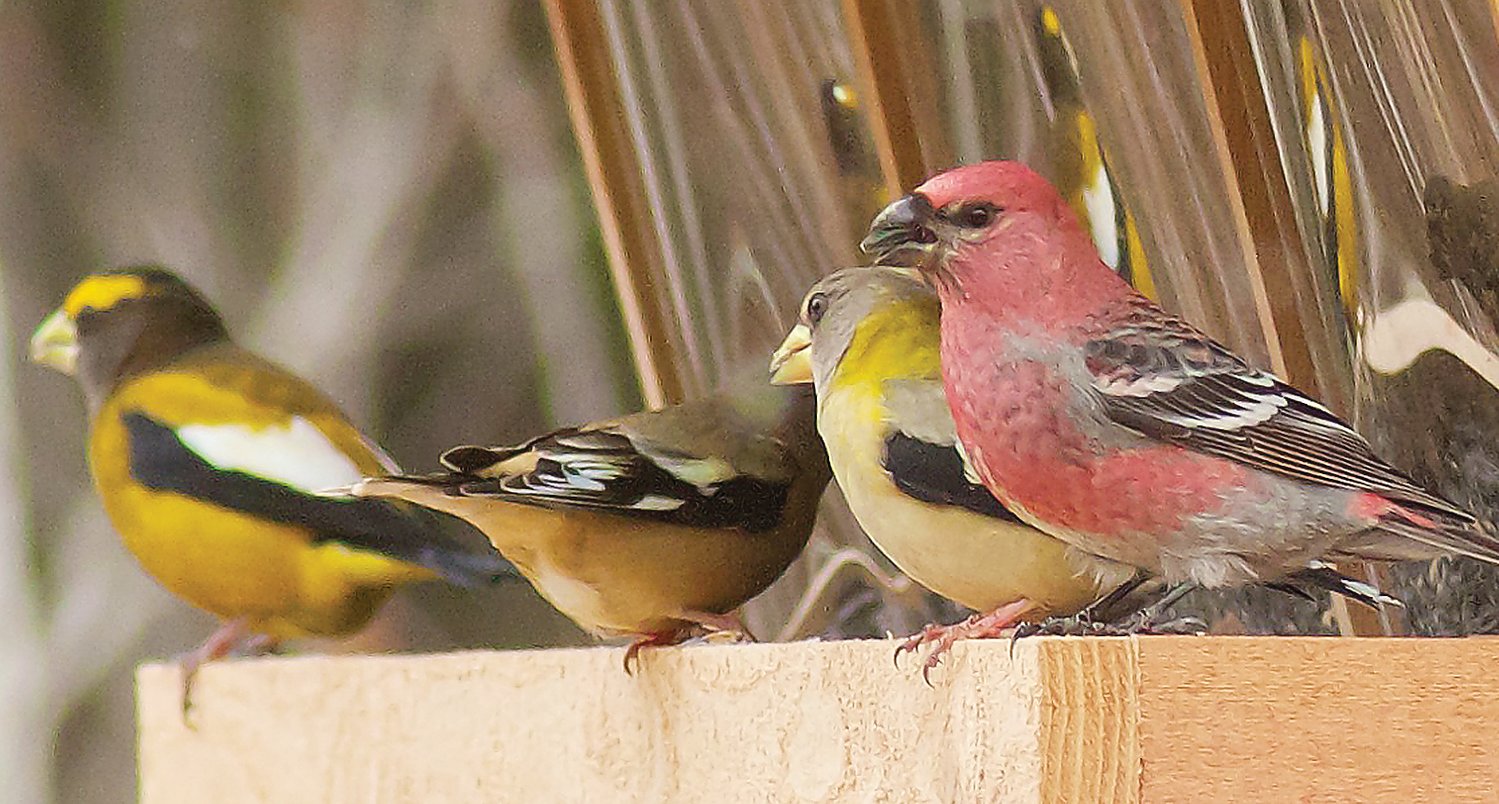 A feeder full of grosbeaks may be in store this winter due to poor natural food crops across most of western Canada and northeastern Minnesota.
file photo 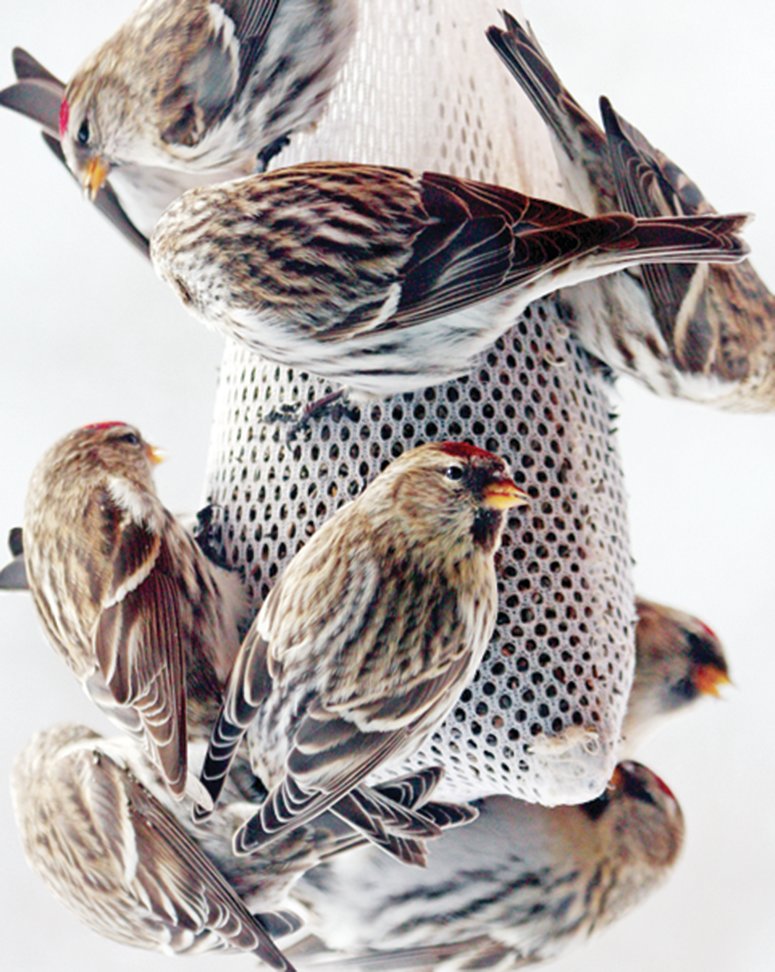 Large numbers of redpolls can also be expected to show up at area feeders this winter.
file photo
Previous Next
Posted Tuesday, November 9, 2021 5:05 pm

This past summer’s drought in western Canada is likely to bring more boreal finches to bird feeders here in the North Country this winter. The annual finch forecast, produced by the Canada-based Finch Research Network, is now out and if you’re hoping to have plenty of activity at your bird feeders this winter, you’ll like the predictions.
The boreal region of North America, which mostly spans Canada, but dips into northeastern Minnesota as well, provides the primary habitat for about a dozen species of colorful finches, whose seasonal movements are typically governed by food availability. For most of these species, preferred foods include fir and spruce cones, mountain ash berries, and birch and ash seeds.
Across Canada, Lake Superior provided a kind of demarcation between the extreme heat and drought experienced in western Canada this summer, versus more typical precipitation experienced in eastern Canada.
Our region, which is ecologically and geographically linked with northwestern Ontario, experienced the heat and drought typical of western Canada this past summer. Those conditions greatly impacted most natural foods for boreal finches from our region all the way to the Pacific and that means most of the finches in those areas, like pine grosbeaks, redpolls, and pine siskins will be moving south this winter. This happens almost every year, at least in our region, but we may end up with more finches than usual at feeders this year. Indeed, plenty of these finches have already moved into our area. I’ve been hearing pine grosbeaks in the woods for the past couple weeks and flocks of redpolls have descended on our area as well.
According to the forecast, the lack of mountain ash berries, from here northward, will send pine grosbeaks, which summer north of our area, southward. And given the same drought conditions here, our berry crops were a veritable bust, so as the grosbeaks arrive they won’t find much natural food. That means bird feeders stocked with black oil sunflower seeds should prove irresistible.
“Areas in the upper Midwest states and cities in western Canada may see flocks of hungry [pine] grosbeaks searching for fruiting ornamental trees and well-stocked feeders with black oil sunflower seeds,” notes the forecast.
Much the same dynamic is playing out with other finches, like pine siskins and redpolls and evening grosbeaks. Eastern Canada had excellent cone and birch seed crops, but that’s not the case in the west, so the forecast predicts that siskins and redpolls will move south in large numbers in our region.
Many bird enthusiasts in our area likely remember last winter, when we saw the largest influx of evening grosbeaks in years at area feeders. According to the forecast, there’s a good chance of a repeat performance this winter, thanks again to the drought conditions. Black sunflower seeds are, again, the offering most likely to bring them in.
While both redpolls and siskins are attracted by black sunflower seeds, they’ll be even more excited if you offer thistle seed.
Two other boreal finches, red and white-winged crossbills, are likely to be unpredictable in our area, given that pine and spruce cone crops were marginal due to drought. These birds only rarely come to feeders, so they’re not a bird that we expect to see most of the time, except up in the trees, hanging like parrots from cones.
But under certain conditions, these birds will come to feeders, and that’s when cone crops have generally failed across a wide area, which is largely the case this year in much of the boreal forest west of Lake Superior. So, don’t be surprised if a few of these birds opt for sunflower seeds around our area.
The bottom line is, it should be an interesting winter at the bird feeders. Let’s hope, anyway.