Michael Coyle is out in midst of expansion project

A cryptic press release distributed by the EBCH …

Michael Coyle is out in midst of expansion project 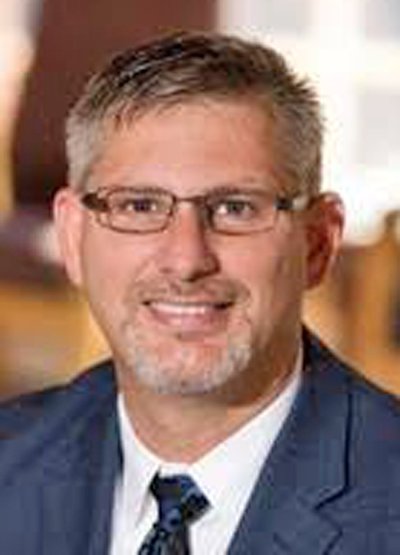 ELY – The Ely Bloomenson Community Hospital last week ended its tumultuous relationship with Chief Executive Officer Michael Coyle.
A cryptic press release distributed by the EBCH board of directors on Thursday, March 5 indicated that the board took action “to move forward to finalize its formal separation with Mr. Coyle.”
Because of the nature of the internal and private personnel matter, the board was unable to provide further details.
Patti Banks, current EBCH Chief Operations Officer, has been selected as Interim CEO. “We were faced with very difficult decisions; rest assured that we take this employment matter very seriously and have given thoughtful consideration to each decision made,” the board said in the press release. “We have full faith and confidence in her. We remain very proud of the accomplishments of our staff and our hospital.”
Coyle replaced long-time EBCH administrator John Fossum, who retired in early 2018 after a 20-year stint in charge of the community’s hospital. Coyle was previously chief executive officer of Coteau des Prairies Healthcare System, in Sisseton, S.D.
Just over a year ago, Coyle lead the EBCH and the Ely Regional Community Complex to form a partnership with plans to build a 40,000 square-foot community facility comprised of wellness amenities and enhanced health programs and services.
The project had a price tag of about $24 million and immediately faced criticism in the Ely community as being too costly and perhaps overly ambitious. Coyle appeared to pull back on some aspects of the project this past year.
Coyle told the Timberjay in January 2019 that the hospital’s goal was to partner with medical specialists and providers. “We have to give them a space that is convenient for them and makes them want to come here,” he said.
The city of Ely’s west end expansion project and EBCH’s growth looked like a perfect match. City officials are seeking state bonding funds for the project that includes a recreational trailhead facility and expansion of city streets to the south and west of the hospital.
When asked about investing so much money in a small hospital, Coyle told the Timberjay last year, “We are investing for the future. Even five years from now, we want this expansion project to set us up for many years. We want this to be a 20- to 25-year project. We want a comfortable, multi-use space that is patient-centered.”
“The Board is dedicated to the long-term health and wellbeing of our patients, employees, and members,” the board said. “We are honored and dedicated to serving in the best interests of our community.”
Banks, 52, who lives in Soudan, is married with three sons. She grew up in Tower and is a graduate of the University of Minnesota-Duluth. She previously worked in the Ely nursing home when it was still part of the hospital. She has been the chief operations official at EBCH for the past six years.
“We will continue with the recent goals established here at the Ely hospital,” she said. “While there is a change in leadership that seems rather sudden, we will continue to be patient-centered and our role in the community remains the same,” she said.
As for the recent $24 million expansion project proposed at EBCH, Banks said she is looking forward to learning more about the project. “As COO, I wasn’t part of the detailed planning for the project, and will need to learn more about it. We are waiting to hear on state bonding for the project. We will keep moving forward,” she said.
She indicated that meetings were planned this week with officials from the proposed Ely Regional Community Center and the Ely Ambulance Service to discuss the status of the expansion project.