PIKE RIVER FLOWAGE— The gradual disappearance of this formerly 214-acre lake due to the ongoing drought has caught the attention of officials at the Department of Natural Resources, who may … 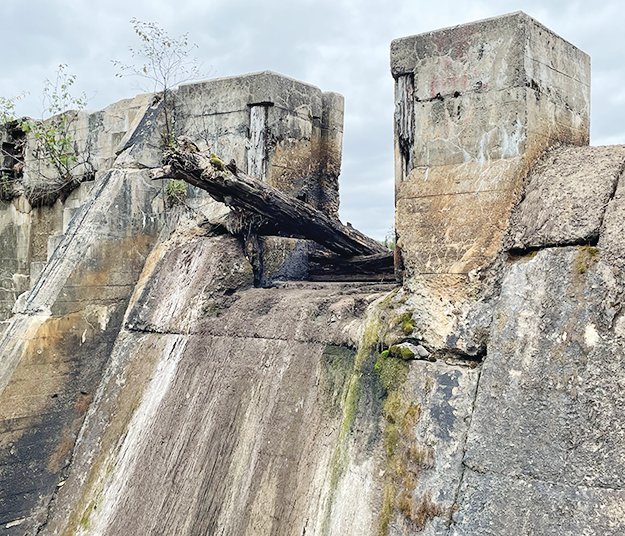 PIKE RIVER FLOWAGE— The gradual disappearance of this formerly 214-acre lake due to the ongoing drought has caught the attention of officials at the Department of Natural Resources, who may take steps yet this year to address the issue.
While the relative lack of rain this summer has played the biggest role in the dramatic drop in water levels on the Pike River Flowage, the continued outflow of water from a lower sluiceway (known as a penstock), has apparently contributed as well.
Calculations by University of Minnesota physics professor Prisca Cushman suggest that if the drought continues, the outflow from the dam’s penstock would be enough to all but drain the entire lake by mid-October.
DNR officials don’t want that to happen. “We’re going to try to do something,” said Jason Boyle, the state’s dam safety engineer, who works for the DNR. Boyle said he was surprised when Cushman recently sent him photos of the flowage, where a major bay has already been reduced to a mudflat. Boyle said he has since hired a diver to assess the situation and develop a proposal for shutting off the flow of water through the penstock on a permanent basis.
The dam also has a central spillway, which normally allows for continued flow of water during more typical conditions. The spillway is set to halt the outflow once the water level has fallen about three feet below the lip of the dam. The water level is now down about five feet, well below the spillway, yet water is continuing to flow through the penstock, which is located even lower on the dam, continuing the drain.
Boyle said the DNR will try to address the issue yet this year, but only if the repair can be done with existing resources, which are limited. The Legislature typically allots funding for dam repairs every biennium, based on a priority list developed by the DNR. The Pike River dam is on the priority list, but hasn’t been high enough to make the cut in recent years. The DNR is well aware of the dam’s need for major repairs. A 2011 statewide dam assessment spreadsheet lists the 109-year-old dam in poor condition, but a 2016 consultant’s report put the price tag for needed rehabilitation at $2-4 million. That’s a big enough number to pose a real funding challenge, noted Boyle.
Boyle said he hopes to hear from the diver soon about possible solutions to the penstock leakage. “I would hope to do the repairs this fall, if not too costly,” he said. “That would take care of the situation for good,” he said. “Of course, there are other things wrong with the dam that I don’t know we can take care of.”