Test-netting averages of 19.1 fish are third highest in more than 30 years 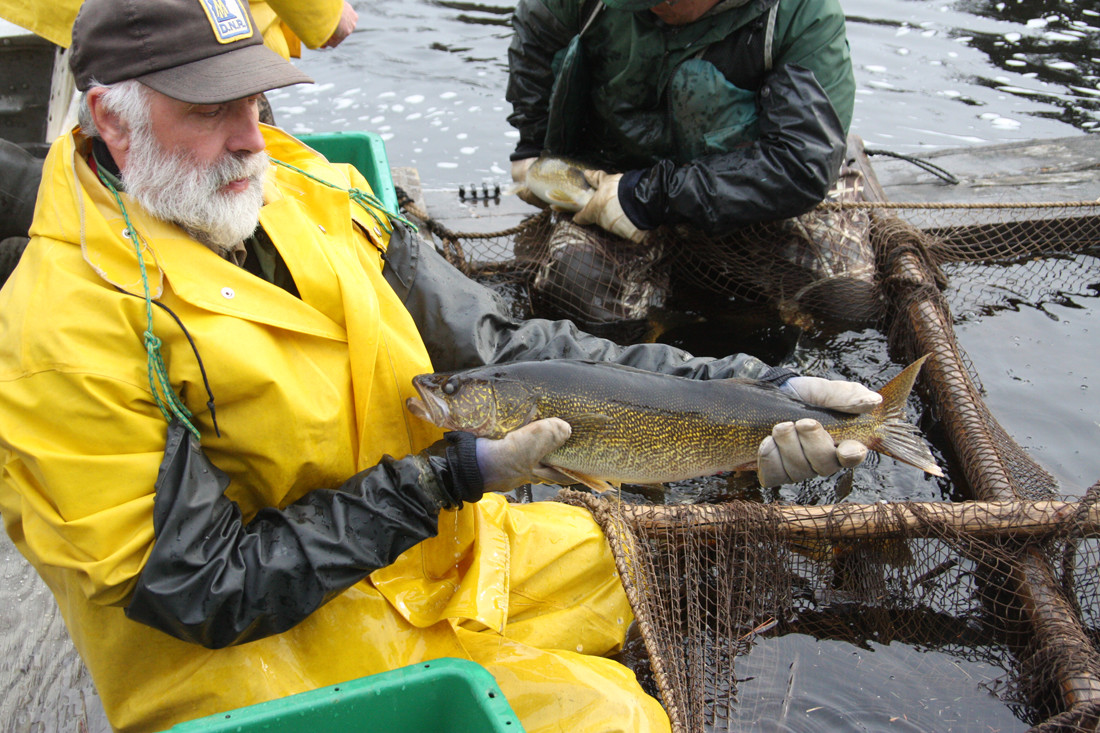 A nice walleye pulled from a net at the Pike River hatchery. DNR officials say the walleye population is very strong this year on Lake Vermilion, according to the latest gillnet survey results.
Posted Wednesday, March 30, 2016 4:21 pm

LAKE VERMILION— While some of Minnesota’s premier walleye lakes are struggling to maintain healthy fish numbers, Lake Vermilion’s walleye population remains exceptionally strong, according to the latest management report issued by the Department of Natural Resources. Test-netting completed last fall by Tower fisheries staff recorded an average of 19.1 walleye per net, the third-highest average recorded in over thirty years.

And for the first time in many years, walleye numbers on the west end actually outpaced those in the eastern basin, thanks in large part to strong walleye numbers in places like Niles Bay.

While the west end traditionally sees plenty of large walleye, resort owners and guides have been complaining for years that the number of “eater” sized fish was disappointing. But the latest numbers suggest anglers will have more success lakewide this year, thanks to an especially large 2012 year class, most of which should be running between 14 and 16 inches by this summer. That’s typically considered the sweet spot for eating-sized walleye.

“They should be perfect eaters this year,” said Cliff Wagenbach, a longtime fishing guide on Vermilion. “By this past fall, we saw a good share of that 2012 year class that we were keeping. A lot were 14 inches even then,” he said.

On the west end, the survey tallied 19.6 fish per net, which was the highest gillnet catch ever recorded in the basin. Fisheries staff recorded a total of 18.8 fish per net in the eastern basin.

The latest numbers reflect a sharp improvement over 2014, when the fall gillnet survey showed below average walleye numbers on the lake. But DNR fisheries staff said poor weather conditions hampered the 2014 survey, which likely accounted for the drop in numbers. In 2013, the walleye numbers were well above average, at nearly 18 fish per net, so this year’s report is more in line with previous surveys.

The results are likely to catch the attention of the state’s walleye anglers, many of whom were upset by the DNR’s recent decision to shift to catch-and-release only on Mille Lacs Lake for walleye for the upcoming season. The usual walleye hotspot has seen a sharp drop in walleye numbers in recent years and the DNR has been taking increasingly aggressive steps to reverse the decline.

Wagenbach said he expects the good news on Vermilion will likely prompt many walleye enthusiasts to bypass Mille Lacs this year. “I have a feeling that the Mille Lacs crew will show up here,” he said.